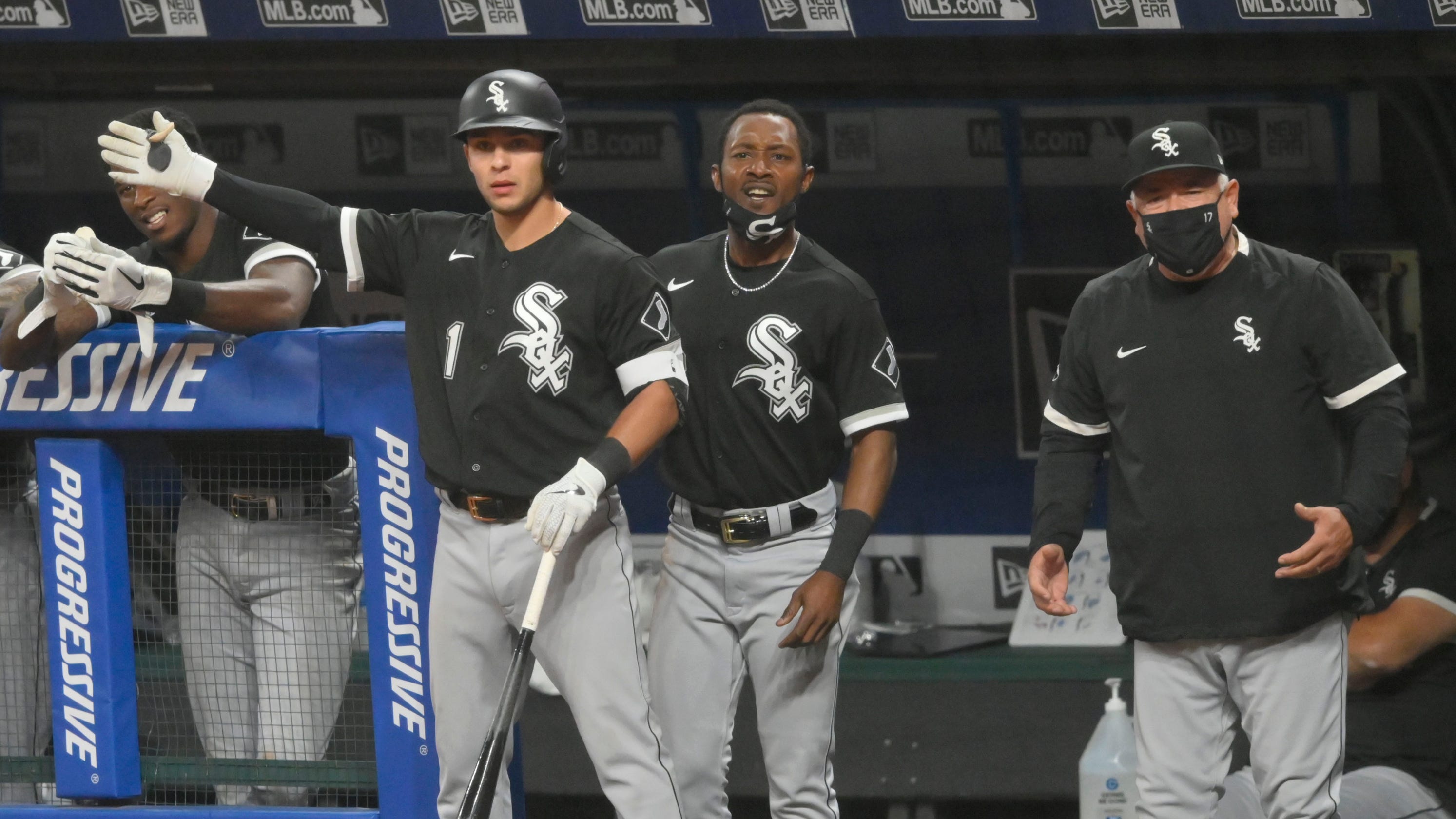 They were celebrating just a few days ago.

Well, as much as you can revel in a pandemic.

There were no champagne baths or dog-piles on the mound, rather handshakes and quiet toasts to success in Major League Baseball’s postseason, which starts next week.

But even without the excuse of a hangover, there are suddenly a number of playoff teams performing like they could have an early October exit.

The Chicago White Sox clinched their first playoff berth in 12 years a week ago – with sights on having the best record in the American League – but lost five of six games entering Thursday and could fall all the way to the AL’s seventh seed.

The Miami Marlins were riding high only to be clobbered the last four days, 40-9, hanging on for dear life with a .500 record and second place in the NL East.

The Chicago Cubs still are on the verge of winning the NL Central, but have scored only 10 runs with one homer the last seven games,finishing with a franchise-worst .218 batting average at Wrigley Field.

MLB 2020: Was the shortened season worth the toll it took?

MORE: Unique MLB year allowing players to be themselves

The San Diego Padres, lauded as the most exciting team in baseball, suddenly are in a free-fall, and even more alarming, face the prospect of a postseason without injured starter Mike Clevinger.

The St. Louis Cardinals, up against a daunting schedule after being sidelined 16 days for a COVID-19 outbreak, finally can see the finish line, but may not have the energy to cross it, losing two of the last three games against the lowly Kansas City Royals.

The powerful New York Yankees, who were rolling with a 10-game winning streak, just coughed up 36 runs in the last four days.

And the Houston Astros, having lost 13 of 20 entering Thursday, will have to wait until the season’s final weekend to clinch a postseason spot, fending off the Los Angeles Angels and Seattle Mariners for second place in the NL West.

“Obviously, we need to win games,’’ said Marlins manager Don Mattingly, after watching rookie starter Sixto Sanchez last just three innings Wednesday night. “You have to be concerned to the point that we have to win some games. You just can’t limp your way in.

“But I’m not concerned at all about that group falling apart. They’ve bounced back all year long.’’

The Cubs are saying the same thing, but they look out of sorts – particularly on offense. Javier Baez, Kris Bryant and Kyle Schwarber were all hitting below .200 entering Thursday and first baseman Anthony Rizzo’s .752 OPS is his worst since 2013.

“That’s where we’re at right now,’’ Cubs manager David Ross says, “there’s not much I can say. It is frustrating. Hopefully, this thing starts to turn the other way, soon.’’

The White Sox – after beating the Minnesota Twins in three of four games last week and clinching a playoff berth – had folks in Chicago dreaming of a crosstown World Series, only played in Arlington, Texas. Now, they’ve dropped the first three games of a four-game series against Cleveland, including two walk-off homers, and are in danger of not even hosting the wild card series.

They entered Thursday’s game one-half game behind the Twins for first place, and only two games ahead of Cleveland. If they finish in third place, they will be plummet to a No. 7 seed in the postseason

The White Sox will appear in the postseason for the first time since 2008. (Photo: David Richard, USA TODAY Sports)

If nothing else, it sure is a wake-up call, reminding the White Sox they better get going in a hurry if they plan to stick around in October.

“We relaxed a little bit, and that’s why we got caught in this moment,’’ AL MVP frontrunner Jose Abreu said. “But for good things to happen, you need bad things to push you. This is probably not the way we wanted to do it, but this is the time we’re living in and it’s preparing us to be stronger and a way better team.

The Padres, who clinched a playoff spot for the first time since 2006, can only hope their bout of adversity makes them stronger too.

Shortstop Fernando Tatis Jr. was a leading contender for NL MVP just weeks ago, but has an ugly .200/.312/.338 slash line in September. The rest of the team has followed suit, hitting .194 over the past week.

“Frustrating not being able to score the runs,’’ Padres manager Jayce Tingler said. “At the same time, these things happen. If you’re going to do it collectively as a team, probably now is the time to do it. We certainly don’t want that to be the case next week.’’

The Padres are confident they can overcome this mini-slump, but sure wish they felt the same about the return of their ace. Clevinger, the biggest acquisition at the trade deadline, is undergoing an MRI on his bicep.

“We’re going to wait for the results and see what the doctors say,” Tingler said. “We’re not going to flip out and freak out.’’

As for the Yankees, a few blowout losses have raised concerns about the team’s pitching.

Remember a week ago when the Yankees hit 19 homers in three days? They have now gone a season-high three games without one, and could end up not hosting the wild card series at Yankee Stadium, where they are 21-7 this year, compared to 11-17 on the road .

“I know we’re capable of really special baseball,” Yankees manager Aaron Boone said, “and we’ve got to find that ….We get to play for a championship here starting in the next several days and that’s an amazing opportunity.’’

This two-month regular-season comes to an end Sunday and has been a roller-coaster of emotions, particularly for these contenders.

“I definitely think that this is the hardest baseball season,’’ Ross said, “anybody’s really ever had to go through, from what I’m hearing from other people. Whoever wins the World Series this year should be extremely proud.

“Together, we’re fixing to go into an atmosphere that I don’t know many people would sign up for. The team that overcomes adversity, and to do all of that, will do good.’’