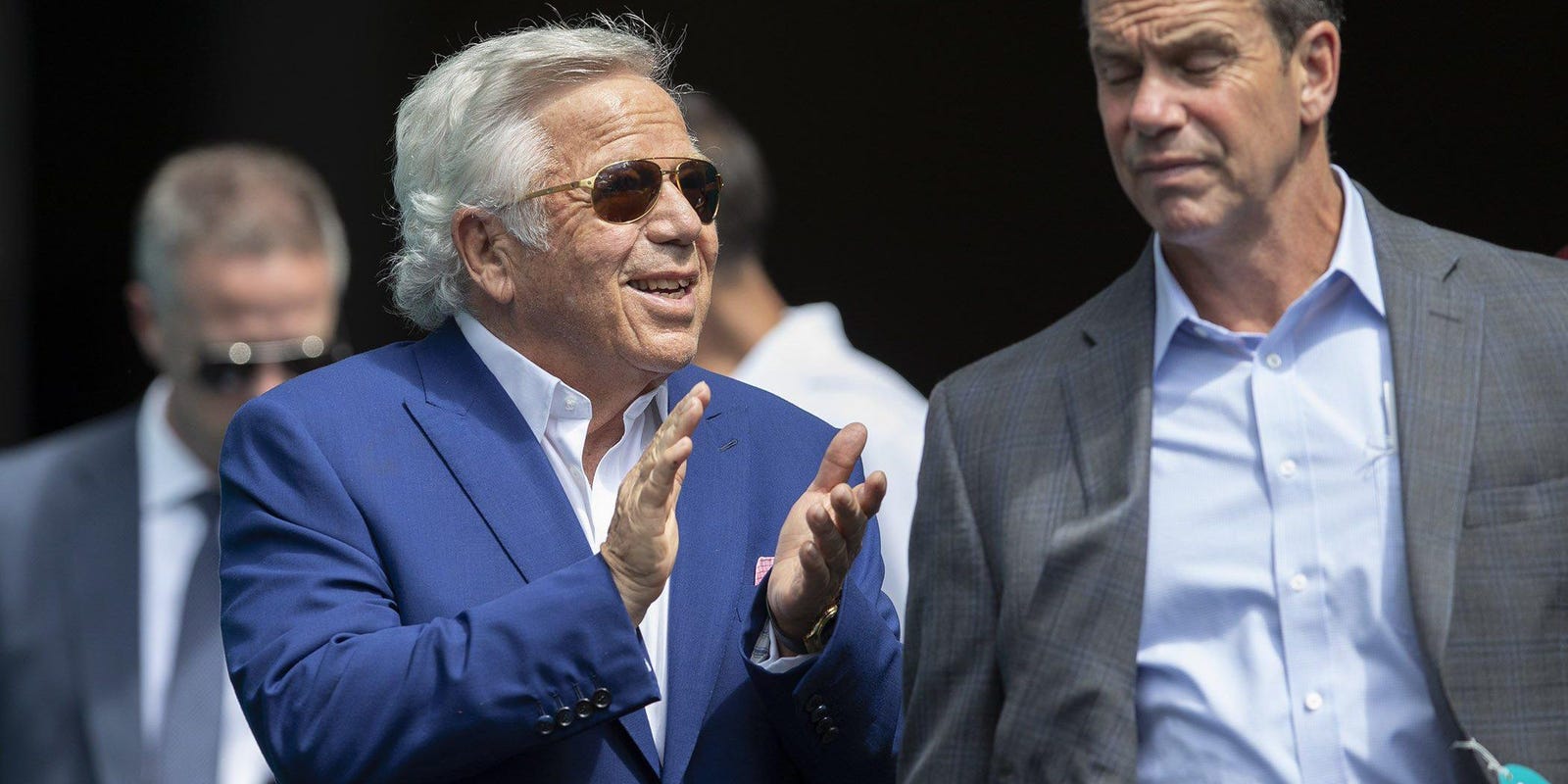 Kraft, along with dozens of others across Palm Beach and several Treasure Coast (Florida) counties, was arrested on the misdemeanor charges in 2019 after several law-enforcement agencies, including Jupiter police, secretly installed hidden cameras inside several massage parlors in an attempt to uncover an alleged prostitution ring.

How the detectives obtained the video showing the alleged crimes, through a controversial means known as “sneak-and-peek” warrants, is what eventually brought the case to its end.

In August, the Fourth District Court of Appeal ruled in favor o f Kraft and the other plaintiffs, saying the videos taken on hidden cameras that allegedly showed him paying for sexual acts at the Orchids of Asia Day Spa in Jupiter could not be used in the case against him.

As the judges in the lower courts ruled last year, the 4th DCA unanimously concluded that “total suppression was the appropriate remedy under the circumstances of this case.”

“The type of law enforcement surveillance utilized in these cases is extreme,” the 23-page opinion read.

Prosecutors previously acknowledged in court that if they were not able to use the video evidence, they were unlikely to proceed in the charges against Kraft and others.

Judge Leonard Hanser holds a bench conference with attorneys during a motion hearing in the Robert Kraft’s prostitution solicitation case in West Palm Beach Friday morning, April 26, 2019. Attorneys argue that undercover surveillance videos allegedly showing their client paying for sex at a Jupiter day spa should be ruled inadmissible and the evidence thrown out. At left is Alex Spiro, attorney for Robert Kraft, and at right are Assistant State Attorneys Judith Arco and Greg Kridos. (Photo: LANNIS WATERS/palmbeachpost.com)

Attorney General Ashley Moody’s office released a statement to The Palm Beach Post on Tuesday saying her attorneys were “disappointed by the Fourth District’s decision,” but that after review with the solicitor general, they have chosen not to seek an appeal with Florida’s Supreme Court.

“These attorneys determined that review was unlikely and raised concerns that a decision by the Florida Supreme Court against the State on these case facts could have broader, negative implications beyond the limited facts of this case, which could affect law enforcement efforts in the future,” Moody’s office said in the written statement.

On Wednesday, prosecutors in the Treasure Coast told TCPalm they were also dropping charges in their cases. About 60 men will have their cases dropped in Indian River County, but 55 men have already completed diversion programs, according to Assistant State Attorney Steven Wilson on Wednesday.

“That dismissal is based upon the attorney general’s office … (deciding) not to further appeal the 4th District Court of Appeal ruling that that evidence is no longer available to us to use in criminal prosecution,” Wilson said.

In February 2019, Kraft was charged with dozens of others after authorities from Martin, Indian River and other counties revealed alleged prostitution rings with hundreds of recordings of alleged sex acts performed inside licensed day spas.

In addition, four women who worked at the spas were arrested.

After the arrests, prosecutors and several law enforcement agencies involved said they believed the spas may be linked to a human-trafficking.

Investigators claimed women came to Florida mainly from Asian countries believing they had legitimate jobs, only to find themselves forced to commit sex acts and live in the spas when not working.

To date, no one has been charged with human trafficking in relation to these cases, according to court records.

Defense attorneys argued the “sneak-and-peek” warrants violated their clients’ right to privacy and jeopardized their right to a fair trial.

The cameras were installed under a false bomb report and then the videos ran continuously for days, recording both those allegedly paying for sex and those receiving non-criminal day-spa massages, according to court documents.

Authorities and prosecutors argued the controversial warrants were essential to getting evidence of the prostitution.

Jupiter Police Detective Andrew Sharp said the spas were “not a run-of-the-mill prostitution business,” during a court hearing in 2019.

“It was a criminal enterprise,” he said.

In May 2019, County Judge Leonard Hanser agreed with defense attorneys and wrote in his ruling, “The fact that some totally innocent women and men had their entire lawful time spent in a massage room fully recorded and viewed intermittently by a detective-monitor is unacceptable and results from the lack of sufficient pre-monitoring written guidelines.”

Circuit Judge Joseph Marx agreed with Hanser’s ruling and suppressed the videos allegedly showing four women engaged in prostitution-related crimes at Orchids of Asia. He said the search warrants lacked the “minimization” requirement, which are the steps taken by police to protect the innocent during covert surveillance.

“If you’re going to do it, you have to do it correctly,” Marx said.

On Aug. 19,  the Fourth District Court of Appeal affirmed the lower court’s ruling.

In a motion filed this month, Kraft’s attorneys have asked that because the evidence was suppressed, the recordings should be destroyed to prevent any “improper use and that any public access rights are superseded by Kraft’s constitutional rights.”

At this time, no court date has been set to hear the motion.

Onlookers try to look inside the Orchids of Asia day spa Friday in Jupiter, one of several businesses in Florida targeted in a human trafficking and sex investigation. [RICHARD GRAULICH/palmbeachpost.com] (Photo: Richard Graulich)