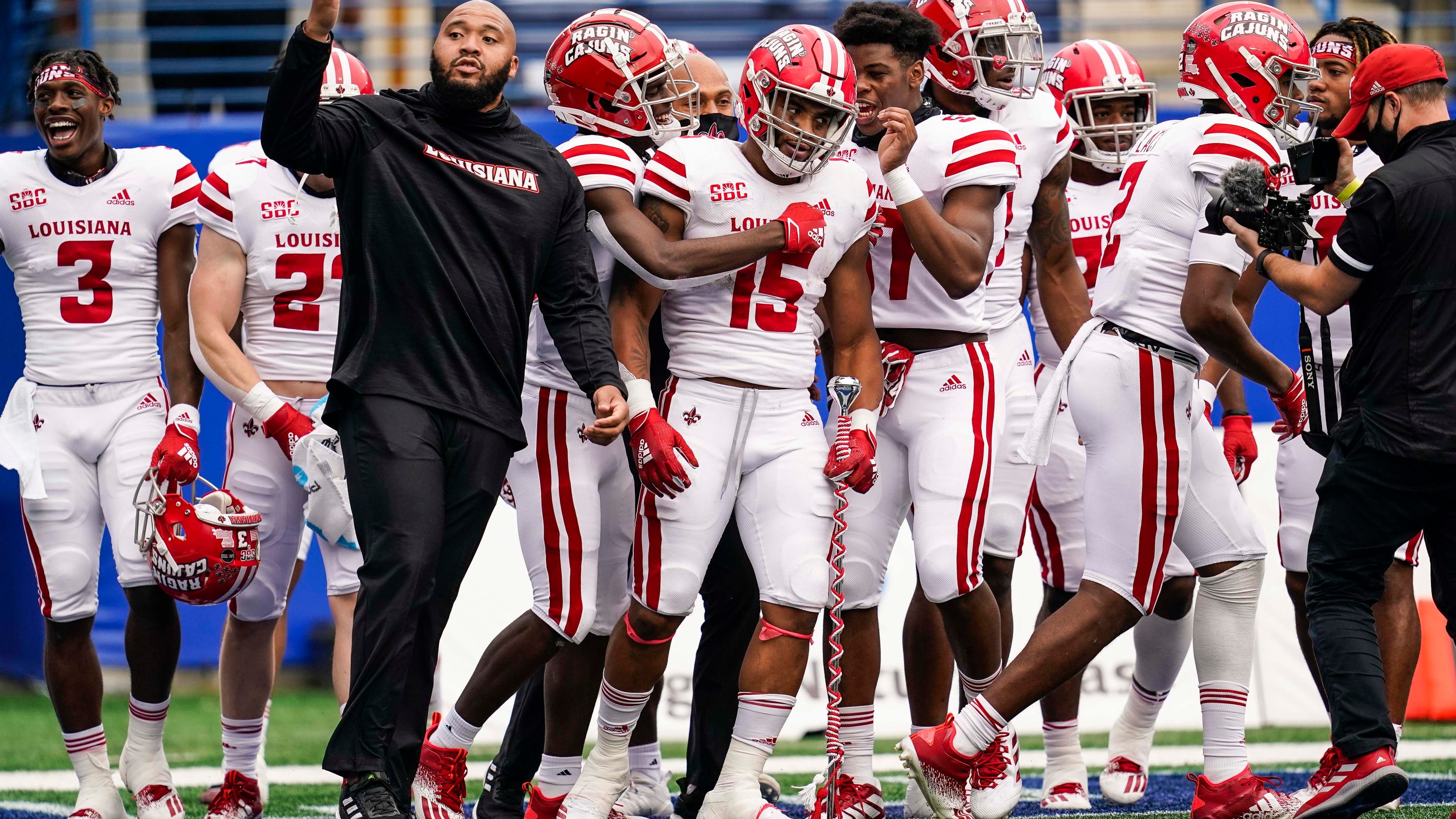 Several starters, including standout running back Elijah Mitchell, are among the Louisiana-Lafayette players that are not expected to play this week due to COVID-19 health concerns, it was confirmed Wednesday night.

In addition to Mitchell, other usual starters not listed on the team’s depth chart for COVID-19 related reasons, either a positive test or quarantine due to contact tracing: right tackle Max Mitchell, nose guard Tayland Humphrey, outside linebacker Joe Dillon and cornerback Asjlin “A.J.” Washington. Another listed is safety Cameron Solomon, who has started one game this season.

Ragin’ Cajuns coach Billy Napier indicated that, because they are not listed the depth chart, Mitchell and the others would not be available Saturday.

“You guys have got a depth chart,” he said when it was released after practice Wednesday. “Those are the players that are available for the game, and those are the ones we’ll get ready to play.”

Dillon and Washington also did not play in Louisiana-Lafayette’s 34-31 win at Georgia State, where at least 10 players were out for coronavirus-related reasons. Backup quarterback Jaiave Magalei, defensive lineman Sonny Hazard and backup kicker Kenneth Almendares also remain out after missing last week’s game.

A total of 12 Cajuns in all were in COVID-19 protocol as of Wednesday night, a Layfayette spokesman said Thursday morning. Napier did not disclose the number, like he did when he said nine were out last week, but he also was not asked for a total count Wednesday.

The Cajuns have not disclosed how many of the 12 are positive cases and how many are due to contact tracing.

The loss of Elijah Mitchell this week is an especially big blow for the Cajuns. He ran 164 yards and two touchdowns in the win.

Another starter,  freshman wide receiver Dontae Fleming, is listed as questionable for Saturday due to an undisclosed “lower body” injury. Fleming was limited by injury in the team’s opening win against Iowa State, but he had four catches for a team-high 81 receiving yards at Georgia State.