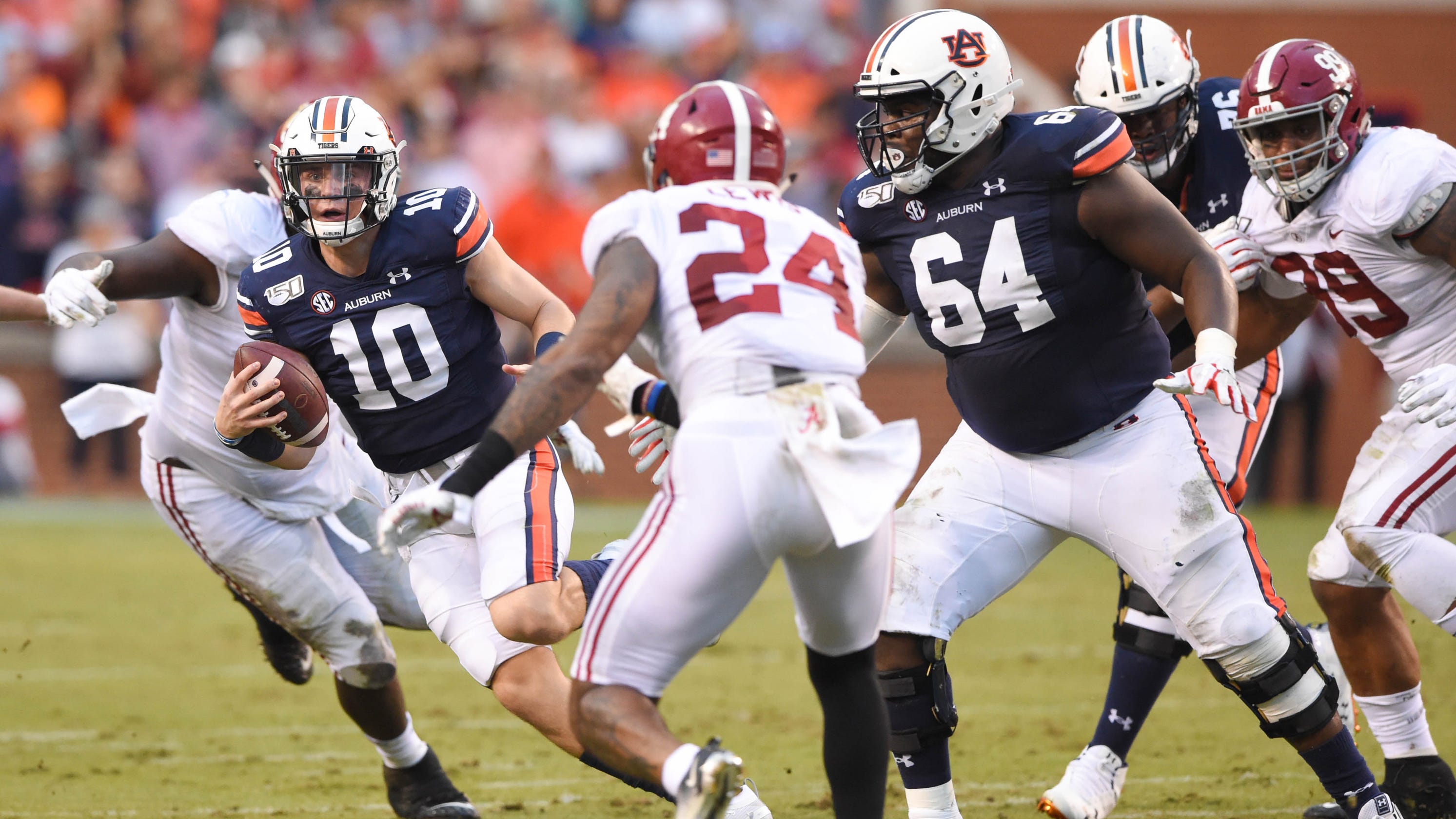 College football questions for Week 4 include SEC, Oklahoma and Miami

There’s much to discuss leading into Week 4 of the college football season.

First and foremost is the start of the Southeastern Conference schedule that sees all 14 teams begin their long-awaited return to action. There’s not a monumental showdown on the slate, but there’s enough competitive games that will provide a look at where things stand among the contenders and the rest of the field.

The Big 12 also gets its conference play started along with the continuation of the ACC campaign. And there’s some significant meetings in the Group of Five as those schools position themselves for a potential New Year’s Six bowl game.

A look at the top questions for Saturday:

Is any ranked SEC team in danger?

While some sloppiness is to be expected, most ranked SEC teams are not in danger of being upset in the opener. Alabama’s not going to sleep on Missouri. Even with question marks at quarterback, Georgia’s going to roll against Arkansas. Texas A&M will handle Vanderbilt. Florida should be fine against Ole Miss, though the Rebels could make things interesting. Two teams need to stay focused: Tennessee, which is at South Carolina, and Auburn, which hosts Kentucky. The Volunteers are looking to build off last year’s strong close. Auburn will be tested on the offensive and defensive fronts by a Kentucky team that’s not flashy but is strong where it counts.

Should Oklahoma be on upset alert?

Flash back 11 months to Manhattan, Kansas, where the Sooners were stunned by Kansas State in their lone Big 12 hiccup that came out of nowhere. Now the Wildcats come to Norman in the conference opener for both teams. Conventional wisdom suggests Oklahoma won’t get caught napping two years in a row. However, a loss by Kansas State against Arkansas State in its opener could have the Sooners overconfident. There’s also the uncertainty of how freshman quarterback Spencer Rattler responds to his first major start for Oklahoma. He looked great against Missouri State, but that was Missouri State. His counterpart Skyler Thompson was critical to the Wildcats pulling the upset last year. Is he able to make those same clutch throws this year? If so, that would go a long way toward seeing history repeat itself.

Miami has put together two good wins against Alabama-Birmingham and Louisville. Florida State lost to Georgia Tech and will play Saturday without head coach Mike Norvell, who is in quarantine after testing positive for COVID-19. You’d think Miami simply keeps rolling and inches closer to the top 10. It’s a good test for the state of the program in coach Manny Diaz’s second season. Can the Hurricanes do what’s expected and win by double digits? To lose to Norvell-less FSU in these circumstances would be a disaster.

Does Army continue marching on after fast start?

The Black Knights have outscored their first two opponents 79-7 and look to be much improved after last year’s disappointing campaign. There’s an opportunity for New Year’s Six consideration should they finish unbeaten. The first of two roadblocks is Saturday at No. 16 Cincinnati. The Bearcats are one of the favorites in the American. A scenario in which Army wins this week and then in a rescheduled game against No. 23 Brigham Young is how it could rise near the top 10 of the College Football Playoff rankings. A little help by Cincinnati and BYU in their other remaining games would provide added credibility. Should the Bearcats prevail, they would be in a commanding position should they win the conference championship.

How will teams look after long delays?

Saturday marks the debut of the SEC and of several teams, many from the Power Five, that had games scheduled for earlier this month canceled due to cases of COVID-19 and contact tracing. The results from the past few weeks have illustrated how hard it has been for some teams to start fast after being unable to conduct a normal fall camp. Look for that to continue, whether for teams in the SEC that have been preparing for a Sept. 26 game since August or for ACC teams such as Virginia and Virginia Tech, which were scheduled to meet last weekend before rescheduling the rivalry for Dec. 12. Instead, the Cavaliers start with Duke while the Hokies begin against N.C. State.