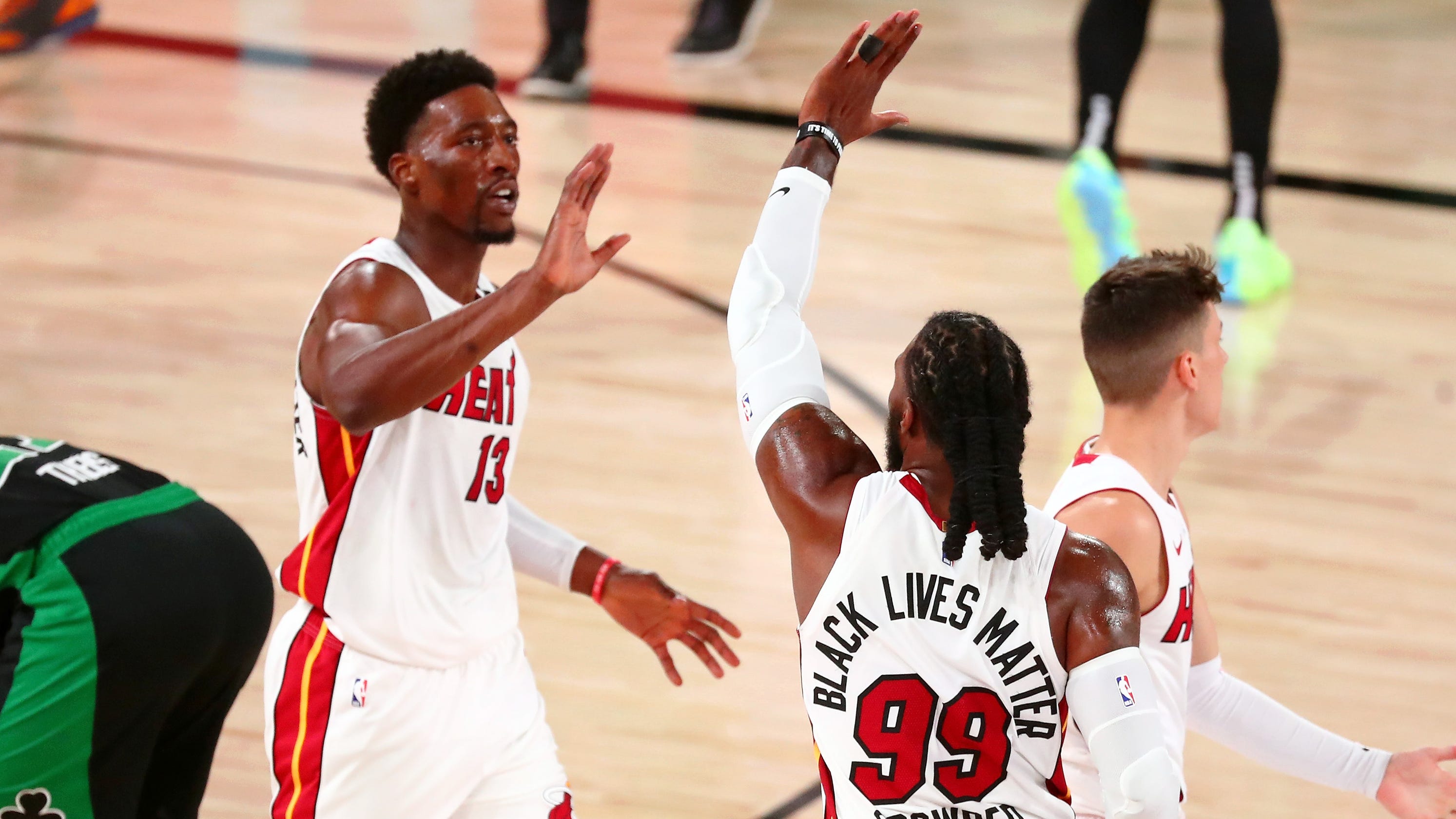 Boston Celtics coach Brad Stevens normally leaves his players alone on game days. But this day was different and Stevens had to send a text message to his team.

After spending most of the season restart in the NBA’s Disney bubble calling for justice surrounding Breonna Taylor’s death, players learned that the result of the investigation wasn’t what they expected. Kentucky attorney general Daniel Cameron announced a grand jury did not find any of the three Louisville police officers that shot Taylor to be criminally liable. Former officer Brett Hankinson, who was fired in June amid the investigation, was indicted only on felony charges of wanton endangerment.

Stevens declined to say which players, if any, took him up on his offer. But clearly, the Boston Celtics and the Miami Heat had more on their mind than how to win Game 4 of the Eastern Conference finals. Both teams concede the emotions played a role in the outcome of the Heat’s 112-109 Game 4 win over Celtics that cemented a 3-1 series lead.

“When you hear news like that, you have to force your anger toward what you’re doing at the moment,” Heat center Bam Adebayo said. “All of us tried to transfer our anger to the basketball game. This one was for her.”

At least for the Heat, it worked.

“There’s always a lot of emotion that goes on, and you never actually don’t think about it,” Butler said. “It’s always much bigger than basketball, because that could be anybody. That could be me. That could be any African-American. So when you look at it like that, for me, it’s always on my heart because I just think it’s some bull crap. Going into the game, you do have to compete. But at the end of the day, I mean, we’re people first, not just athletes.”

Boston forward Jayson Tatum went scoreless in the first half and missed his first six shots before eventually finishing with 28 points. The Celtics committed 19 turnovers and 24 fouls. Though Boston took a 85-84 lead with 8:51 left in the fourth quarter after trailing for most of the game, the team shot just 5-of-15 and had four turnovers the rest of the way.

“It was tough getting emotionally ready for the game,” said Celtics forward Jaylen Brown, who had 21 points, nine rebounds, five fouls and four turnovers. “But to be honest, I wasn’t surprised. We just fell short. That was it.”

But despite the result of the game, there was still frustration over the Louisville grand jury ruling.

“There’s incredible disappointment and frustration in our locker room, as well there should,” Spoelstra said. “Our guys have been able to manage a lot of this disappointment over the last several months of things that have been happening for obviously way too long.”

“The idea of just going into that apartment doesn’t make any sense,” Stevens said. “To have 15 rounds of gunfire fired, five of which hit her, and there to be wanton endangerment, which I didn’t know existed before today, as the charge? It’s tough. I think at the end of the day there’s been a call across the country, rightfully so, for more transparency, more accountability, just a better community relationship. Obviously, this feels like a setback to that.”

“We just had to channel our energy into the basketball game, and pour our feelings and emotions in the game,” Adebayo said. “When you hear something like that, it’s unbelievable. It’s ridiculous. We’re going to keep fighting for justice for her.”