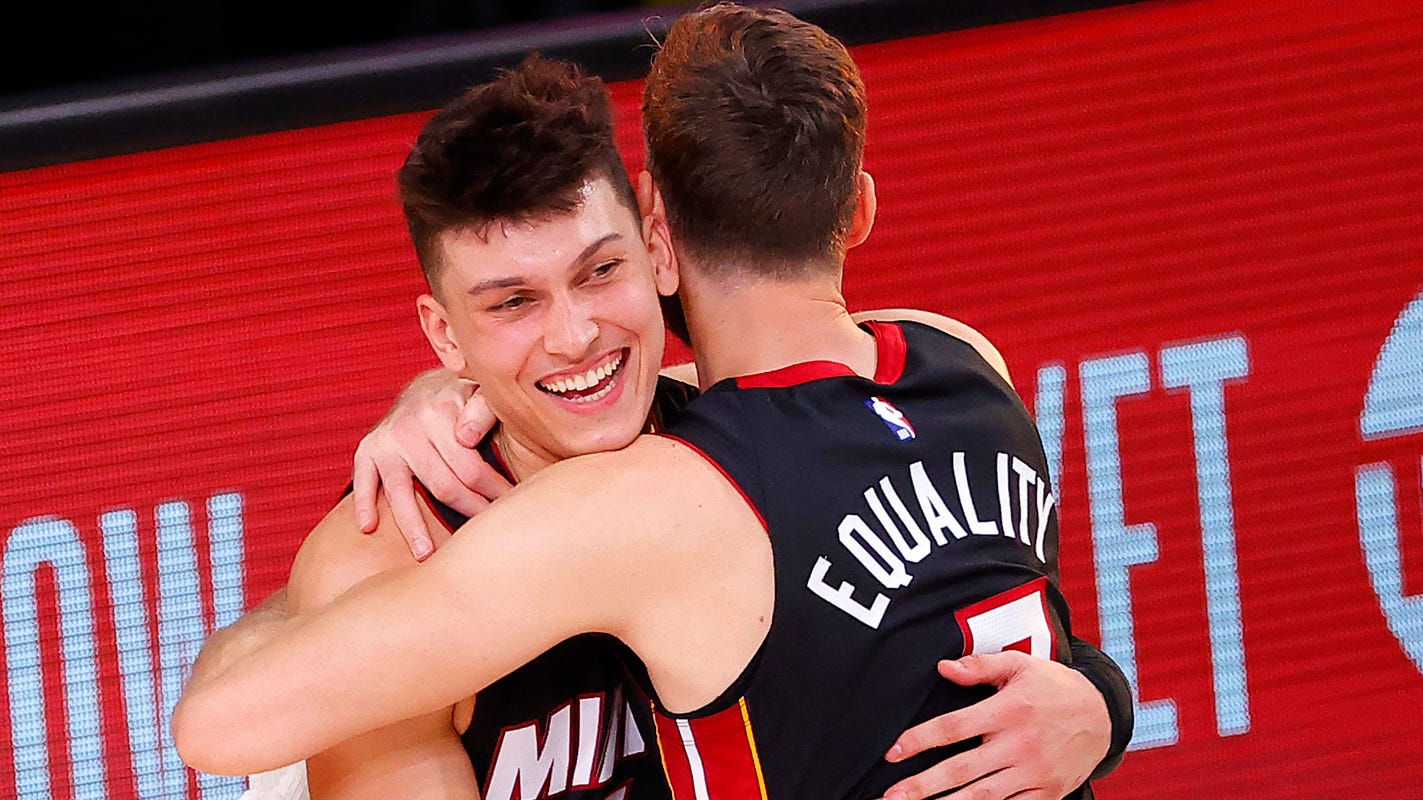 LAKE BUENA VISTA, Fla. — Twenty years old, rookie in the NBA playing in his first postseason and close to an NBA Finals appearance.

So what did Miami’s Tyler Herro do? The 13th pick in the 2019 draft met the moment like an All-Star.

“He has a confidence. He has a fearlessness that is uncommon,” Heat coach Erik Spoelstra said. “But he’s humble enough to work, to be coachable, to take the mentorship from the veteran players that we have on our team, and he just continues to gain more confidence as we go.”

Herro, who scored 22 points in the second half, including 17 in the fourth quarter, made the record books with his performance:

— Setting a Heat record for most points by a rookie in a playoff game;

— Becoming the youngest to score 30 or more points in the conference finals;

— Setting a record for most points by a rookie in the conference finals;

— Becoming the second-youngest player to score 35 or more points in a playoff game.

“Herro’s shot-making tonight was, in addition to the things we just talked about that were our own issues, was the difference in the game,” Celtics coach Brad Stevens said. “Herro was ridiculously good tonight. That rim must have looked like the ocean to him.”

Said Herro: “I think once you see a couple shots go down, and when you’re getting shots in rhythm, it’s just – the game flows. I know where I’m going to get my shots, and I’m going to get the same shots next game in the same spots. It’s just about making them and trying to get a rhythm going early.”

But it wasn’t just the made shots, it was the timing of so many of them – when the Heat needed a bucket and several later in the shot clock.

“The context of those makes, you know, are the big separators in this league, and those are pressure shots,” Spoelstra said. “We had to step up against a really good defense. He was making plays at the end of the clock. You know, and that – that’s a skill set that he has. He can create off the dribble. You know, they can jam you up and you need guys that can break the defense down and create opportunities that you don’t necessarily see that are there.”

An up-close look at Herro’s 14 made field goals:

No. 5 – 14-foot jumper from the right elbow at the foul line with four seconds left on the shot clock. Miami 33, Boston 28

No. 13 – 29-foot 3-pointer from left wing with All-NBA defender Marcus Smart guarding and with the shot clock at three seconds when the ball went through the net. Miami 98, Boston 90.

“Not too many people get an opportunity to make it this far in the playoffs and to be in a game like this,” Heat All-Star Jimmy Butler said. “But for him, it’s another day at the office. I think it makes all of us smile. We’re all so happy for him because he knows what he’s capable of, and he just plays with so much confidence. He’s been doing it all year long. So to him, there’s no pressure or anything. He’s just going to keep playing basketball the right way.”