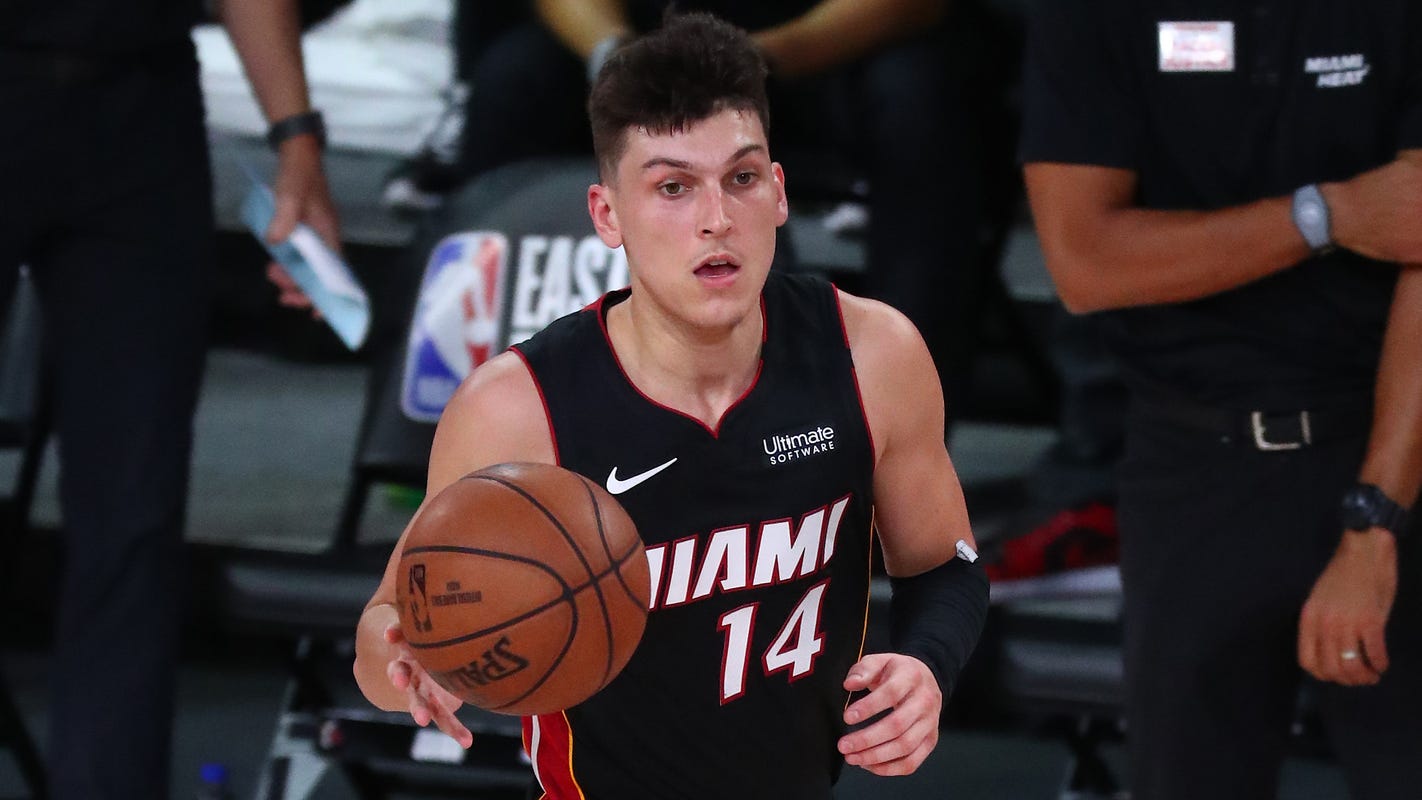 The Miami Heat relied on the bull’s-eye shooting of their rookie guard, who delivered with a career-high 37 points in Miami’s 112-109 victory over the Boston Celtics on Wednesday.

Herro, who set an NBA record for most points in a conference finals game by a rookie, shot 14-for-21 from the field, including 5-for-10 on 3-pointers. He had 15 points in the first half, 22 in the second half and also had six rebounds and three assists in helping Miami to a 3-1 series lead.

Herro’s total was also the most playoff points for a rookie in franchise history.

Miami led for much of the game, but Daniel Theis’ dunk made it 85-84 Celtics with 8:51 left in the fourth quarter, giving Boston its first lead since early in the second quarter.

But down the stretch, Herro hit a pair of key 3-pointers, including one from 29-feet out, putting Miami up 98-90 with 4:09 remaining. His reverse layup on an assist from Jimmy Butler made it 107-98 with 56.2 seconds left, and free throws by Herro and Butler secured the victory.

Butler had 24 points and nine rebounds, Bam Adebayo added 20 points and 12 rebounds and Goran Dragic finished with 22 points. Those four combined for 103 of Miami’s 112 points.

Boston shot 47.6% from the field but also committed 19 turnovers. Jayson Tatum scored his 28 points in the second half, Kemba Walker had 20 points and Jaylen Brown had 21.

Miami mixed up its defensive coverages, going to a zone on some possessions. The zone defense has gained some popularity in the playoffs. Toronto used it against Boston in the conference semifinals, Miami has used it against the Celtics and the Los Angeles Lakers puzzled Denver in Game 3 with it.

After Miami’s Game 2 victory in the conference finals, Celtics coach Brad Stevens said, “It’s a hard zone to play against. We did play well against it in Game 1. We played with way better pace than we did tonight. So we’ll go back and look at it, figure out if it was a technical thing or a pace thing or an execution thing or just not-as-focused-on-the-important-stuff thing.”

It took the Celtics some time but they began to crack the zone with dribble penetration and solid back-screens. Tatum really found his offense in the second half.

The first half was not pleasant on the eyes. The Celtics made just 5-of-19 3-pointers, and the Heat made 4-for-17.

Tatum missed his six shot attempts, including four 3-pointers, and committed three turnovers in the first two quarters. Marcus Smart was 2-for-7, Gordon Hayward 1-for-5 and Brown had four turnovers in a bad opening two quarters.