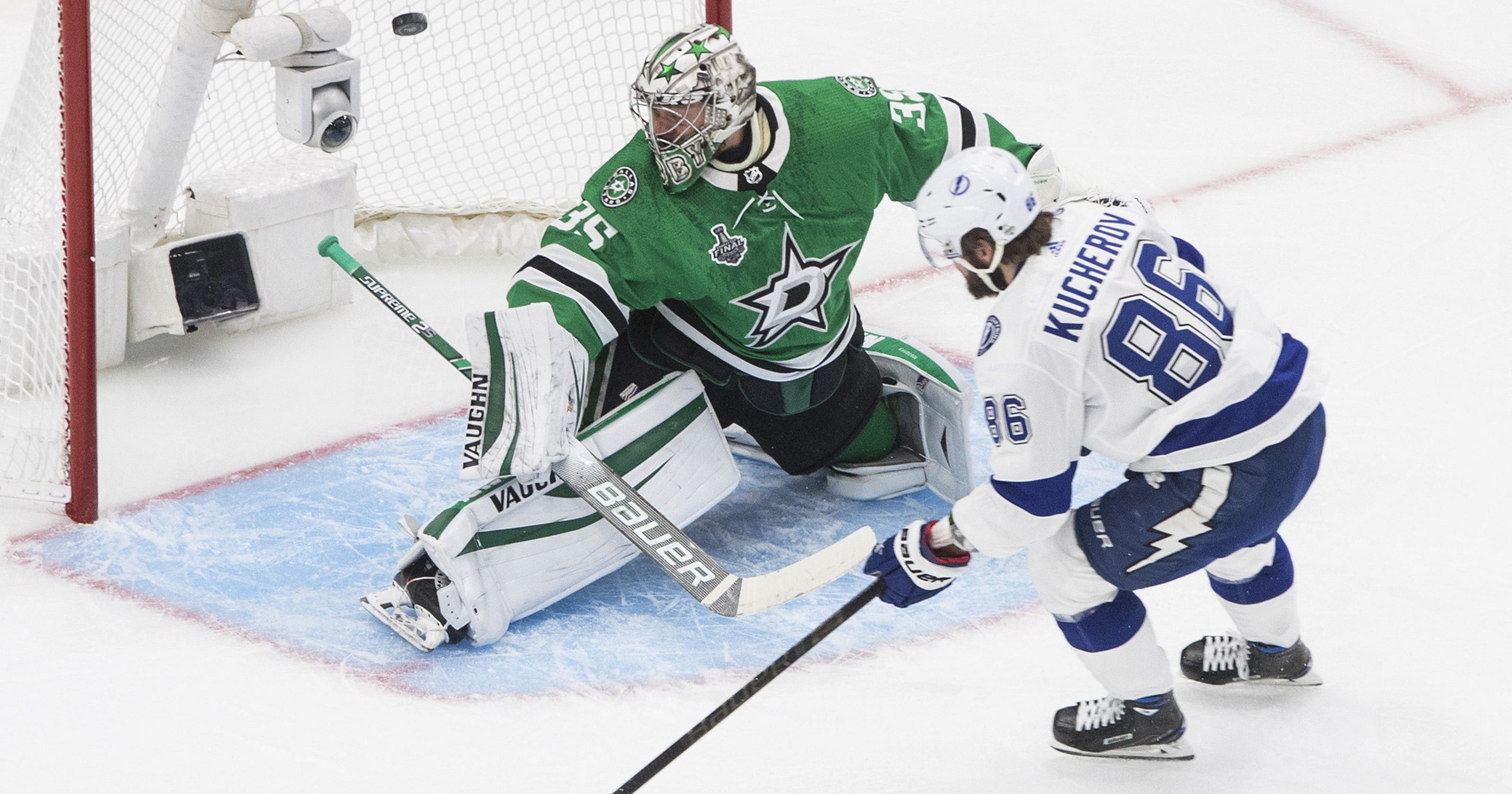 The Tampa Bay Lightning got another big performance from their stars Wednesday night in Game 3 of the Stanley Cup Final, including one they had not seen in seven months.

Captain Steven Stamkos made the most of what amounted to a cameo appearance in his return from March core muscle surgery and a lower-body injury in July. He had last played on Feb. 25.

But he made the most of it, scoring on his third shift of the game – and first shot – to give the Lightning a 2-0 lead on the way to a 5-2 victory against the Dallas Stars that gave Tampa Bay a 2-1 lead in the best-of-seven series.

Steven Stamkos became the second NHL player – and first in more than 80 years – to score a goal while skating in his first game of the playoffs during the #StanleyCup Final. The other was Billy Taylor Sr. with Toronto in 1940 (Game 2 vs. NYR).#NHLStats: https://t.co/paTUCACJI8pic.twitter.com/NATYyuBdz0

Game 4 is Friday night (8, NBC) in the Edmonton, Alberta, bubble.

Stamkos, who played on the fourth line, didn’t skate a shift after the first period, but the Lightning didn’t need him.

Nikita Kucherov scored on a first-period breakaway and Victor Hedman, Brayden Point and Ondrej Palat scored in the second period.

Hedman’s goal was his 10th of the playoffs, moving him into sole possession of fourth best by a defenseman. Paul Coffey holds the record with 12 goals for the Edmonton Oilers in 1984-85. Hedman also had two assists in the game.

After Stamkos’ goal, the Stars went on a surge and got a short-handed goal from Jason Dickinson to trail by one after the first period.

But with the Lightning ahead 3-1, the Stars made an ill-timed line change and Point scored off a Kucherov feed.

That gives No. 1 goalie Anton Khudobin rest with Games 4 and 5 about to be played on back-to-back nights this weekend.

OUCH#GoStars Alexander Radulov to the dressing room after this pic.twitter.com/Z5r3cYiXDj

Stars forward Alexander Radulov lined up Tampa Bay’s Blake Coleman in the third period but missed and went hard into the boards.

He got up but went to the dressing room a little later. He returned but immediately went back to the room.