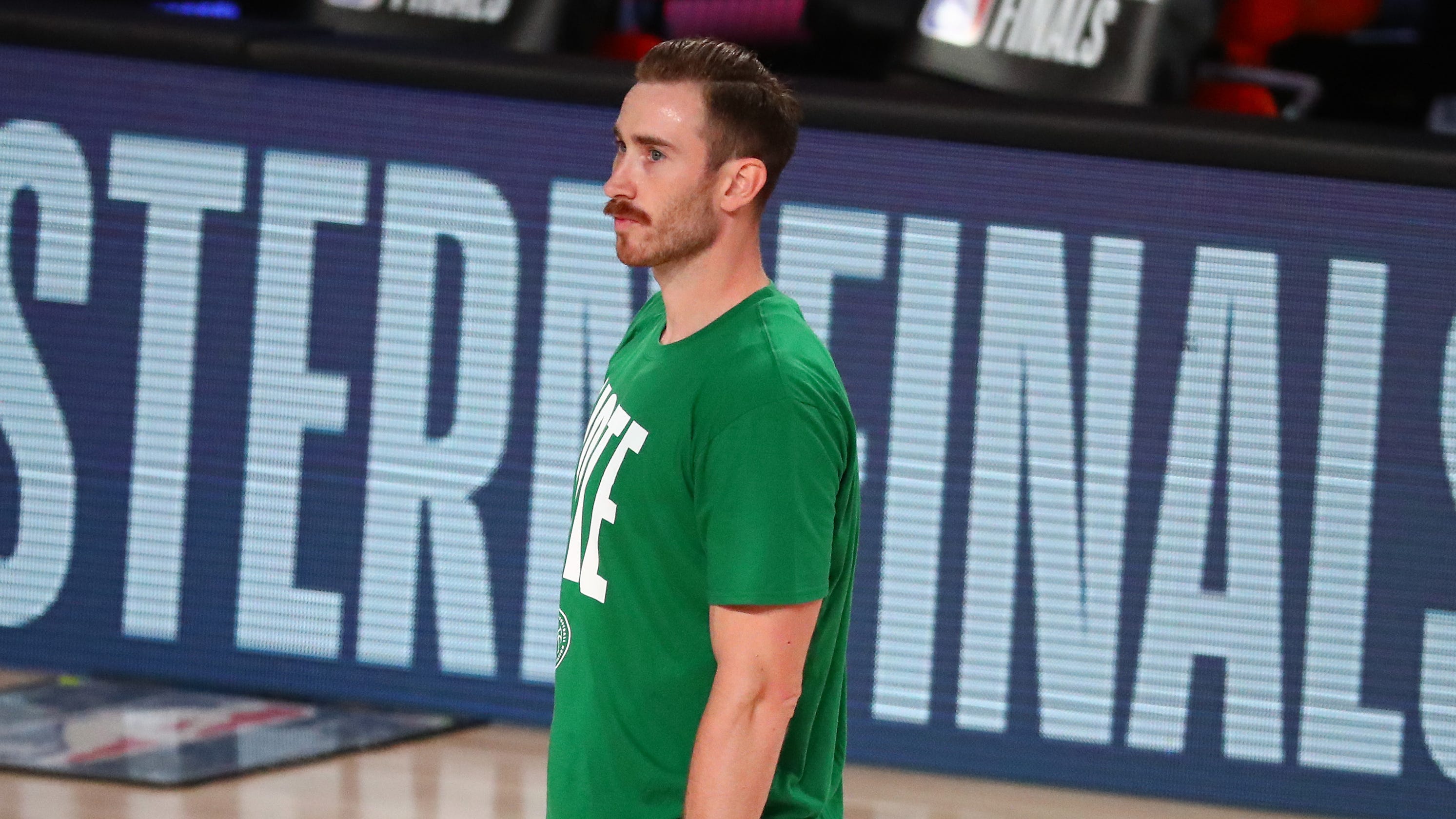 LAKE BUENA VISTA, Fla. — In July, Boston Celtics forward Gordon Hayward said he would leave the NBA bubble when it was time for his wife, Robyn, to give birth to their fourth child.

But an unexpected injury forced Hayward to leave the bubble, and while at home with his wife, they decided he would return to the bubble and not leave again, even for the birth.

On Wednesday – hours before Game 4 of the Eastern Conference finals between Boston and Miami – Robyn gave birth to Gordon Theodore Hayward, the couple’s first son.

“Our little man is finally here! This is Theo, Gordon Theodore Hayward. If you ask @gordonhayward his name is GT, but if you ask me and the girls his name is Theo. I miss you bunches @gordonhayward and can’t wait for you to meet him. We’re ready to watch you tonight!”

If Hayward left the bubble, he would have been subject to another quarantine period, forcing him to miss at least two games.

“I think that, obviously, wasn’t in the plan, getting injured, going back to Indianapolis for treatment,” Hayward said after Game 3, his first game back after rehabbing his ankle. “I trust those guys with everything back there. Obviously, a little bit lucky that Robyn was there already in Indy so I got a chance to be at home and get great treatment but that wasn’t in the plan.

“Robyn could be having a baby at any point in time so I think it’s probably something that I’ll be here and, by the time I get back, I might miss the birth if she just goes in and rushes into the hospital. So we discussed it, we prayed about it, and I think it’s probably best if I stay here and help our team.”

Eastern Conference finals: Celtics reveal who they really are in Game 3 win over Heat

More: Will NBA protests over social injustice continue next season? Commissioner is uncertain. 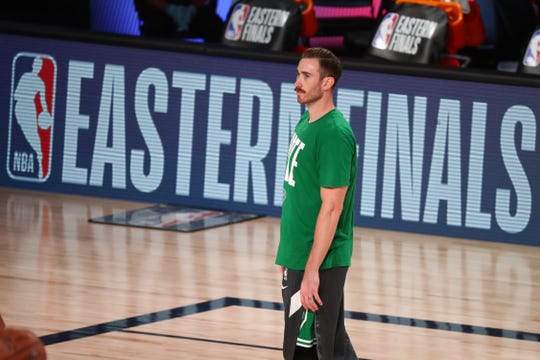 Even though Hayward scored just six points in Game 3, he made a difference with his presence. The Heat had to account for him, and he had five rebounds, four assists and three steals as Boston won for the first time in the series.

“He is a stabilizing force for our team,” Celtics coach Brad Stevens said. “He just can make the right play and make a play for somebody else at the right time. And he hit the big three as they were making a run. So I think he makes us better, that’s for sure.”