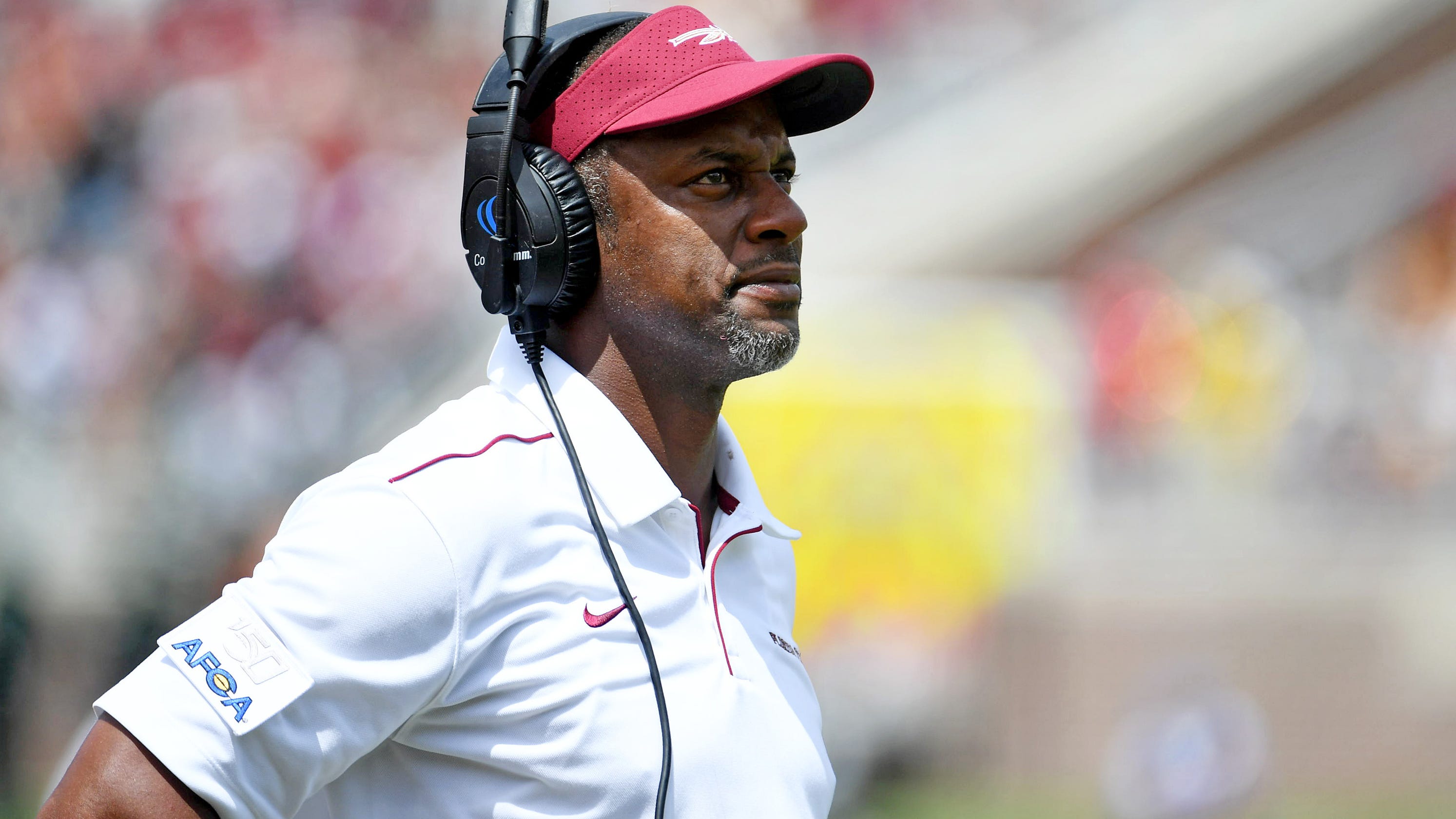 Florida Atlantic football will have to wait another week to play its first football game of the season, as Saturday’s game against the University of South Florida has been postponed.

The game was “postponed by a joint agreement of the schools due to issues involving the novel coronavirus,” FAU said in a statement released Wednesday afternoon.

This postponement means FAU’s first four games have been canceled or postponed — at Minnesota, vs. Stony Brook, at  Georgia Southern, and vs. USF.

The Bulls suspended their practice Wednesday morning after learning about positive test results at Notre Dame, a team they played last Saturday. South Florida (1-1), which lost 52-0, tested players the day before the Notre Dame game, and then Monday morning. There were no positive results, the school said.

GAME OFF: Houston has fifth game impacted by COVID-19 with cancellation of North Texas opener

“Out of abundance of caution and with a focus on the health and safety of our student-athletes and staff, we feel it is prudent to pause on-field activity until we have the results of further testing,” the team said in an earlier statement Wednesday.

In that statement, USF also announced members of its program were undergoing another round of testing Wednesday morning. Those results have not been shared.

Earlier Wednesday, FAU head coach Willie Taggart said he expected to play his former team this weekend and told reporters all of his players had tested negative since Sunday.

“Think positive, test negative,” he said. “Tested [Wednesday morning and] was all negative. The guys in quarantine still can’t play.”

Roughly 11 members of the team tested positive last Thursday, which resulted in their game against Georgia Southern being postponed. After their latest round of testing, Taggart said those players are no longer testing positive, but wouldn’t have been available against the Bulls because of contact tracing. Instead, about 15 to 20 players would have had to quarantine.

Those players will have the opportunity to play Oct. 3 against Charlotte.

The Bulls’ only open date between now and December is the last weekend of October. However, the Owls have a conference game against Texas-San Antonio scheduled for Oct. 31 and, according to multiple reports, will play Georgia Southern on Dec. 5, the same date as the Conference USA championship game.