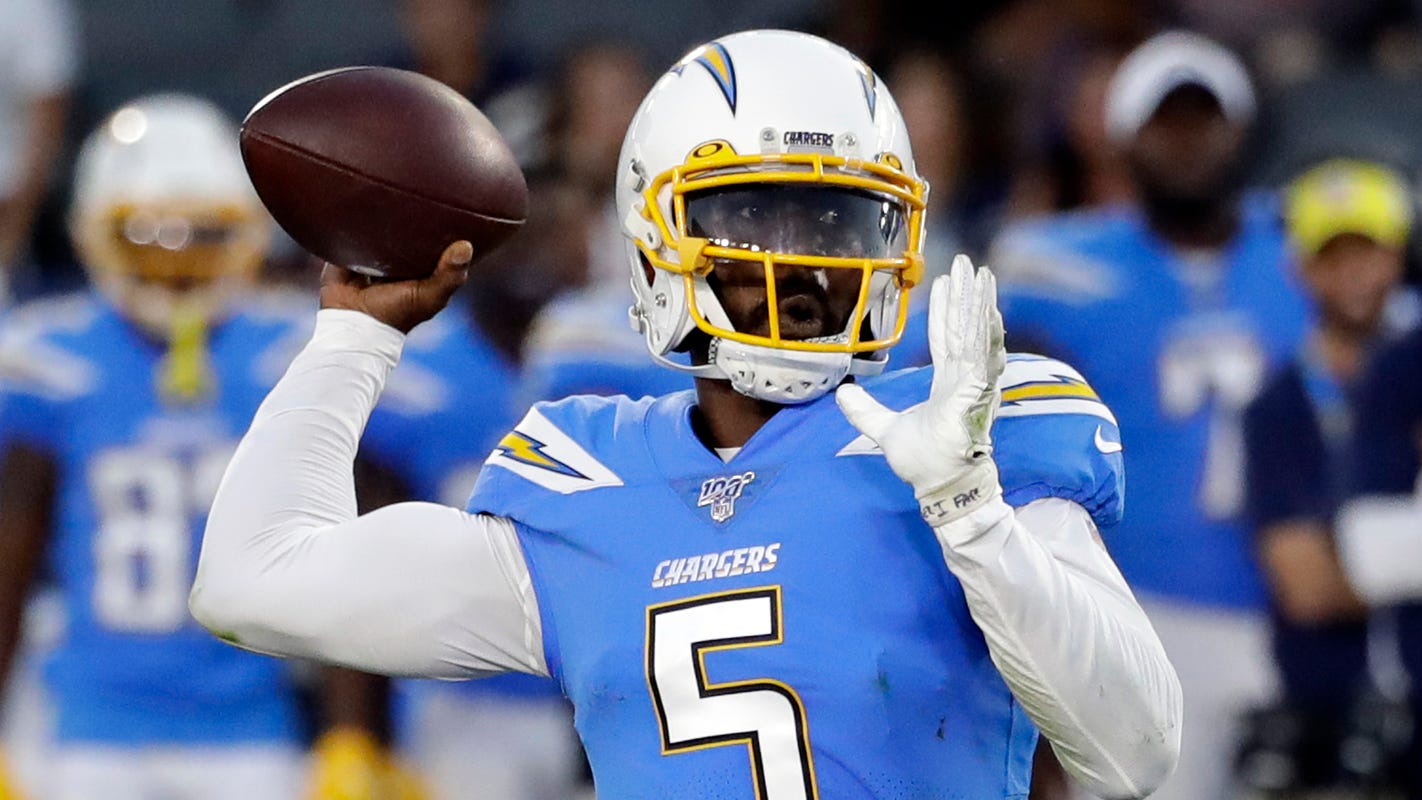 “I’m not angry at all,” Lynn said Wednesday. “It happens. I can’t go into details about it, but it was a complication with the shot. No one is perfect. It happens, but the doctor, I know he’s a good man. It’s just unfortunate.”

NFL Players Association spokesperson George Atallah said the union’s “medical and legal team have been in touch with Tyrod and his agent since Sunday collecting facts” and that they have started an investigation into the incident.

Lynn confirmed to ESPN that the doctor punctured Taylor’s lung.

Lynn announced that rookie quarterback Justin Herbert will start Sunday in Los Angeles’ game against the Carolina Panthers and that second-year passer Easton Stick would be the backup. Lynn also said that Taylor’s availability will be evaluated on a week-to-week basis.

“He is in the building,” Lynn said of Taylor. “He’s doing fine. He’s helping out with these young quarterbacks and helping get those guys ready to play.”

Taylor was dealing with a rib injury suffered during a Week 1 victory against the Cincinnati Bengals, but he was expected to play in Sunday’s game against the Chiefs after going through his regular warm-up routine.

Herbert completed 22 of 33 passes for 311 yards with one touchdown and one interception and helped L.A. take the defending Super Bowl champions to overtime before Kansas City prevailed, 23-20.

“Prior to kick off, Tyrod Taylor experienced difficulty breathing and was taken to the locker room for evaluation,” the Chargers said in a statement after the game. “He was transported to the hospital shortly thereafter to undergo further evaluation. Taylor (chest) has since been discharged from the hospital. His status for next Sunday’s game will be determined later in the week.”

On Monday, Lynn defended the team’s handling of the matter and said “if Tyrod is 100 percent, he’s our quarterback,” before adding that Herbert is “a backup for a reason.”