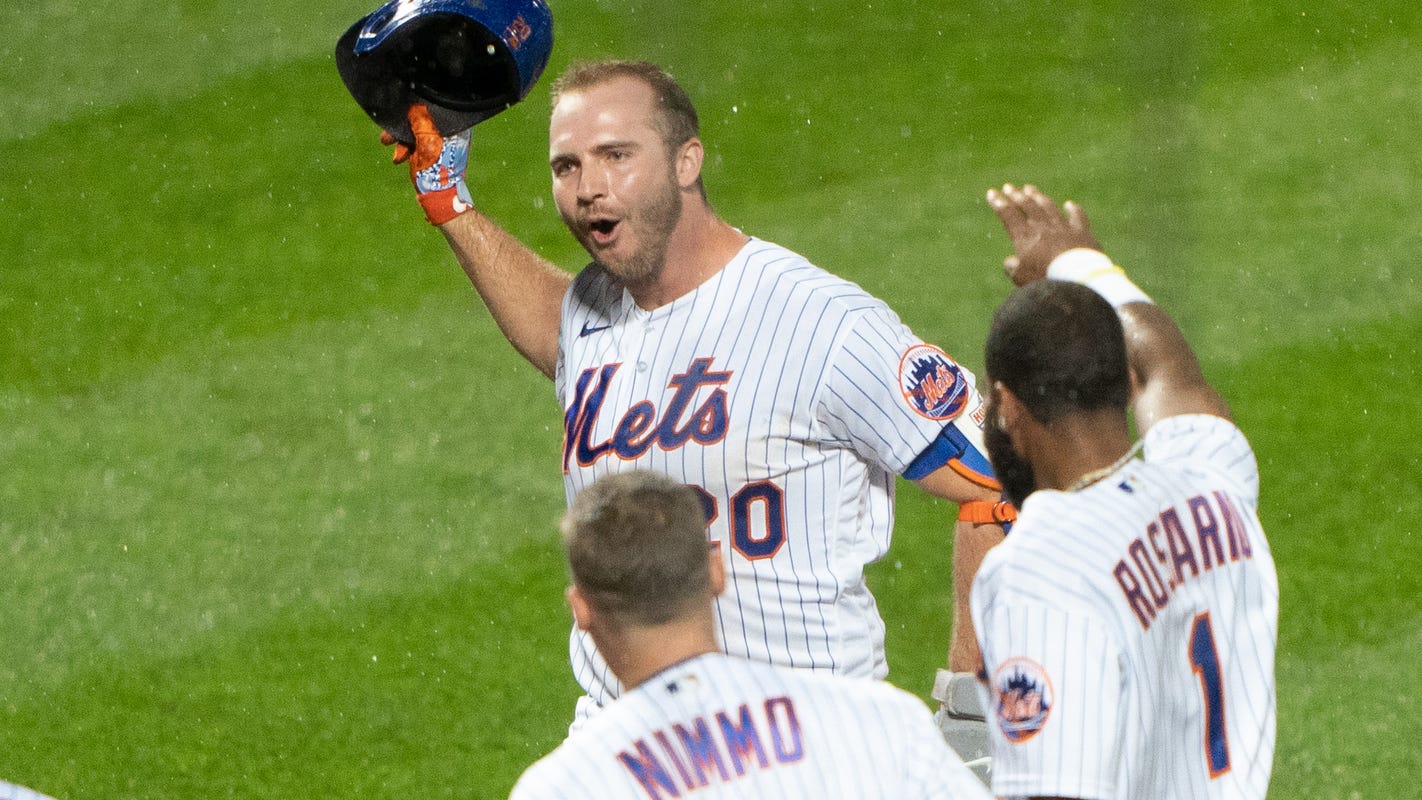 Go ahead, be honest.

You didn’t really miss us in the media this year – the reporters and camera crews, banned from the clubhouse during the pandemic, who always manage to turn 32 flavorful quotes into a big scoop of vanilla.

Instead, fans had to lean on the players to offer their own behind-the-scenes content and tell their own stories.

And with players directly connecting with the fans like never before, they sure provided the entertainment – without the need for a paywall.

There was Chicago White Sox shortstop Tim Anderson homering off Cincinnati Reds ace Trevor Bauer a week ago, and no pen or paper was needed to hear Anderson yell into the microphone attached to his jersey:

“Make sure you tell him to put that on his YouTube channel too. Blog about that.’’

Bauer responded after the game on a Zoom call, without being prompted: “Tell TA [Tim Anderson] he’s soft for not bat flipping it.’’

How about some humor?

Well, you got  to hear Oakland Athletics designated hitter Mark Canha discuss his conversation with manager Bob Melvin while sitting on the bench and talking to the broadcast booth.

“Bob Melvin keeps asking me,’’ Canha said, “ ‘Hey, you want me to put out there on defense. You sick of DH’ing?’

Canha: “No, it’s the best job in all of sports. You don’t have to do anything.’’

MANFRED:MLB plans to have fans at NLCS, World Series

IS THIS THE YEAR:Rays may be perfect 2020 team

San Diego Padres star Fernando Tatis was asked during a game who has the best hair on the team between himself and starting pitchers Mike Clevinger and Chris Paddack.

“Good question,’’ Tatis said, taking off his cap and letting his platinum dyed dreadlock hair flow. “I’ve got to say me. …When you look good, you play good.’’

Nothing like watching New York Mets first baseman Pete Alonso’s series on YouTube, where he was mic’d up for four episodes.

You could hear him talk about his training regimen of drinking chocolate milk while doing squats, knowing he shouldn’t be congratulating Atlanta Braves first baseman Freddie Freeman for a base hit against his team – but did so anyway because he’s a good guy – and screaming into the mic: “Let’s (expletive) go’ when he hit a game-winning home run against the New York Yankees.’’

“I feel like it’s an opportunity not just for me,’’ Alonso told USA TODAY Sports, “but so many other players and for other teams around the league to just gain exposure and kind of show all of our personalities. I feel like it’s a great way to grow the sport and the game.’’

Well, Major League Baseball agrees, and for the first time, is permitting players to wear customized cleats in the postseason.

They are encouraging players to wear two-way mics, or answer questions from the broadcast booth during playoff games. There’s fan engagement on theMLB App to cheer as if they were watching in person. There’s even a new video vault for people to produce their own highlight reels.

In short, the 2020 season has been a blank canvas for experimentation.

“One of our big theories this year without fans being in the ballpark,’’ said Chris Marinak, MLB’s chief operations and strategy officer, “was it was more important to create opportunities to connect with the players. When you can’t have fans, you have to find another way to drive engagement with the players, to showcase their personalities.’’

You want a rabbit hole of fun?

The MLB Film Room, which launched Sept. 8, allows viewers to watch more than 3.5 million videos dating back to 1929, including every single pitch since 2017. The film room has contributed to a 253% increase in MLB.com’s video portal from a year ago.

“The postseason dynamic will be a little different, but the players have loved it. It shows them who they are as people and gives them a chance to express themselves.’’

Certainly, the folks at the TV networks would love the two-way mics and exchanges with the broadcast booth to continue during the postseason – worth about $900 million – but they’re also realistic. These are the biggest games of the season. Will any player actually take the chance of being distracted?

This is the first time players appearing in regular-season games participated in two-way conversations with a network broadcast booth. It had only been done in All-Star Games and spring-training before this season. Seventeen players from 12 different teams have participated since the weekend of Aug. 29 on FOX and ESPN.

Maybe, considering the popularity of the regular-season interactions, someone will be willing to be that first postseason broadcast guinea pig?

“I think it would be great,’’ Alonso said. “I do think the two-way mic can be tough, though, because it’s bulkier than just having the one-way mic that I did with the YouTube series. I wore a specific T-shirt that had it inside, and it made it very, very easy, and less bulky.

“There would be times I’d be wearing it, but going about my business and competing in games, I’d forget myself. I didn’t even realize it, which was awesome.’’ 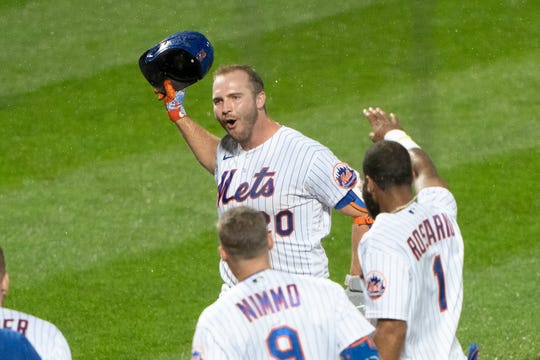 Sure, there will be the occasional blips. One player had an expletive slip onto a broadcast. Alonso would inform players he was mic’d up but got so used to it, he would sometimes forget, creating a few awkward moments. There’s a seven-second delay, so not all of the colorful banter will wind up on the airwaves.

Yet with pre- and post-game media access limited to Zoom calls and cardboard cutouts replacing fans in the stands, MLB and the players union certainly provided a whole lot of life in what could have been dreary broadcasts.

“We’re all hopeful that we’re back at full capacity next year,’’ Marinak says, “but this gave us a chance to experiment with new ways of engaging our fans. We will wind up continuing a lot of it, even when they do come back to ballpark.’’

Who knows, even when normalcy does return, will the game will ever look or sound the same?

“This is an avenue creating an exposure, and it’s a wide-open avenue,’’ Alonso says. “If we keep traveling along this road, we are going to keep growing the game, and bringing it to more people in a fun, different way.

“It would be cool in the future that instead of having broadcasters talk, just have the players be the broadcasters during the game, too. We can have guys close to another, and just talk, and shoot the breeze throughout the game and just kind of talk. That would be hilarious, and provide great context, too.’’

And who knows, one day, maybe a Mike Trout will be recognized in public just like LeBron James.

“I don’t think this is going to magically solve the whole thing,’’ Alonso says, “because there are so many marketing and promotions that still need to be tapped into. But I think this is a fantastic start.

“The more we can move this forward, the more exposure we can bring to the game of baseball, I think nothing but good things can happen from it.’’