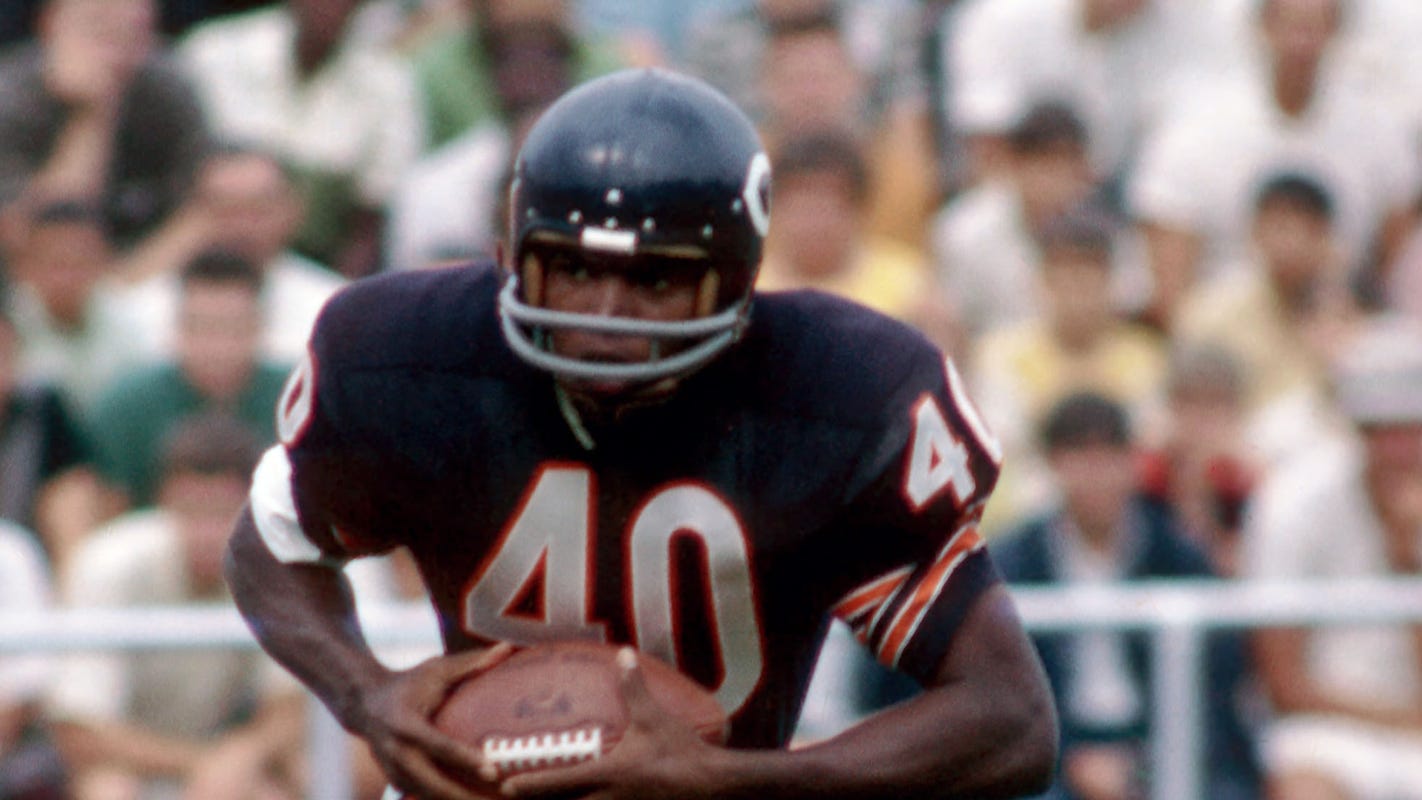 Chicago Bears legendary running back Gale Sayers has died at 77 , the Pro Football Hall of Fame announced Wednesday morning. Sayers’ family announced in 2017 that he had been battling dementia since 2013.

Nicknamed the “Kansas Comet,” Sayers was the Hall’s youngest inductee at 34. Sayers’ legacy was cemented in seven seasons (1965-71) as his career was cut short after 68 games due to knee injuries. In that short span, he became one of the sport’s most explosive running backs.

Sayers earned the NFL’s rookie of the year in 1965, had four Pro Bowl seasons and was a first-team All-Pro selection in his first five seasons. He was selected by Chicago with the fourth pick overall in 1965, and his versatility produced dividends and highlight-reel slaloms through opposing defenses right from the start.

“If you wish to see perfection as a running back, you had best get a hold of a film of Gale Sayers,” Bears founder George Halas said in 1977. “He was poetry in motion. His like will never be seen again.”

“All those who love the game of football mourn the loss of one of the greatest to ever play this game with the passing of Chicago Bears legend Gale Sayers,” Baker said. “He was the very essence of a team player – quiet, unassuming and always ready to compliment a teammate for a key block. Gale was an extraordinary man who overcame a great deal of adversity during his NFL career and life.

“The ‘Kansas Comet’ burst onto the scene in the National Football League and captured the attention of all of America. Despite playing only 68 NFL games because of an injury-shortened career, Gale was a clear-cut – and first-ballot – Hall of Famer for his accomplishments on the field and for the man of character he was in life.

“The entire Pro Football Hall of Fame family mourns the passing of Gale. Our thoughts and prayers are with his wife, Ardie, and their entire family. We will forever keep his legacy alive to serve as inspiration for future generations. The Hall of Fame flag will fly at half-staff until he is laid to rest.”

Sayers set the Bears’ single-season touchdowns record with 22 as a rookie (14 rushing, six receiving and one each on kickoff and punt returns). Sayers amassed 4,956 yards rushing and 1,307 yards receiving in his career. He had 56 total touchdowns.

After his playing days, Sayers served as athletic director at Southern Illinois University-Carbondale and founded several technology and consulting businesses.