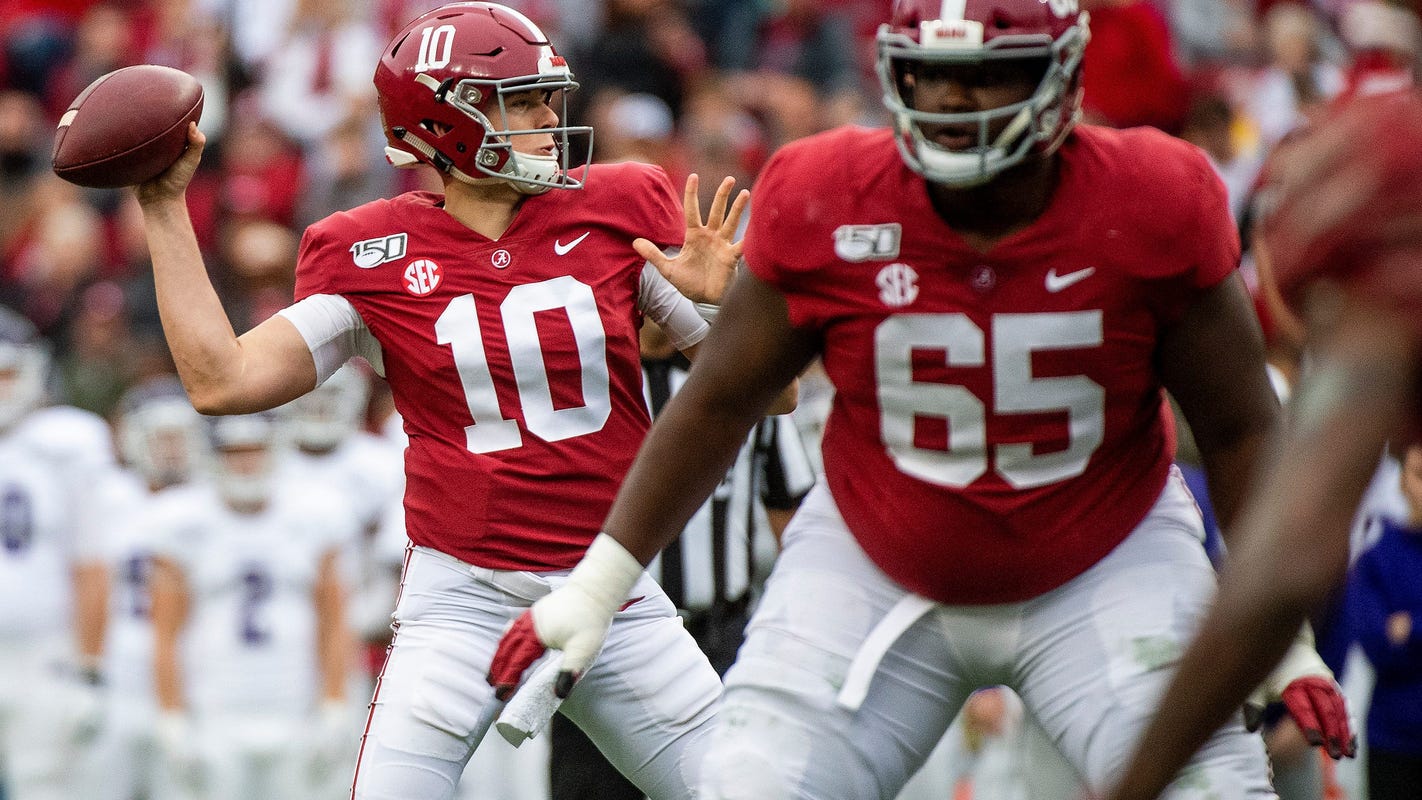 After an offseason unlike any other, the Bowl Subdivision has hiccuped into the regular season with unsurprisingly mixed results. In a surprising turn, however, the sport has been greeted with a lukewarm response: TV viewership is down compared to last season, in some cases dramatically so, bucking the theory that college football’s return would be a ratings bonanza.

Among the factors at play:

All three issues — variety, interest and star power — will be addressed by this weekend’s introduction of the SEC, which promises to improve the overall quality of play across the FBS and rekindle national interest in the regular season while refocusing attention onto the College Football Playoff.

In other words, it should feel more like business as usual. Here’s where things stand as the SEC enters the 2020 season:

The SEC has as many teams in the top six of this week’s Coaches Poll, three, as the Big 12 has in the entire Top 25. That’s as good a way as any to measure the impact the conference will have in determining the flow of the regular season and postseason.

Amid a sluggish start, the Big 12 will be shuffled into the background, though No. 3 Oklahoma remains a contender to once again reach the national semifinals. The ACC adds No. 7 Notre Dame to top-ranked Clemson but still won’t match the overall depth of the SEC — though two playoff contenders is one more than usual for the ACC.

This adds up to a familiar scenario where Clemson leads the way for the ACC, the Big 12 pins its hopes on Oklahoma and the SEC takes up all of the oxygen in the room. (This would change when, or if, multiple Power Five conferences return in October.)

With at least one ranked team in each of the league’s seven games in Week 4, the SEC also promises to bring something largely missing from the early season: high stakes.

Lawrence leads for the Heisman

The Heisman will go through Clemson quarterback Trevor Lawrence, who has four touchdowns against seven incompletions through two games while averaging 14 yards per pass attempt. The SEC’s start won’t change Lawrence’s lead.

In fact, for a conference set to dominate the regular season the SEC has few major contenders for the Heisman. One could be Alabama quarterback Mac Jones, who played well as last season’s replacement for an injured Tua Tagovailoa. His teammate, running back Najee Harris, is a preseason All-America pick.

The SEC has a third challenger in Florida quarterback Kyle Trask, one of league’s breakout stars of 2019. Other players could come off the radar for teams currently in the Top 25, such as Texas A&M quarterback Kellen Mond.

Lawrence’s current edge for the Heisman is representative of a larger question: While the SEC doesn’t lack for firepower, does the conference have a team capable of beating Clemson? While not against the best competition — Wake Forest and The Citadel — Clemson’s starting lineup has revealed no flaws after two weeks.

Impact of delay on quality of play

Few teams have been immune from the sort of sloppiness resulting from a chaotic offseason. Always an issue even under optimal circumstances, timing and cohesiveness have suffered due to the inability to recapture the flow of a normal spring and summer.

Even the ability to start several weeks after the ACC and Big 12 won’t help the SEC avoid the same pitfalls. That’s a potential concern for No. 21 Tennessee, which is favored at South Carolina but has had notable issues this month evaluating certain positions, such as wide receiver, while handling COVID-19 cases and the resulting quarantine periods.

The surprises and disappointments

With wins against Alabama-Birmingham and Louisville, No. 14 Miami (Fla.) has a case for being the third-ranked team in the ACC ahead of No. 12 North Carolina.

Few teams have been as dominant as Army, which defeated Middle Tennessee State and Louisiana-Monroe by a combined score of 79-7.

No. 25 Louisiana-Lafayette broke into the Coaches Poll for the first time in program history after beating Iowa State 31-14 to open the season. On the heels of that monumental win, the Ragin’ Cajuns were nearly tripped up by Georgia State before winning in overtime.

In all, the Big 12’s inability to capitalize on the SEC’s absence represents a missed opportunity. The league went 0-3 against the Sun Belt in Week 2, offsetting the positive vibes coming out of redshirt freshman quarterback Spencer Rattler’s debut for Oklahoma and the production seen out of the rebuilt Texas offense in an easy win against Texas-El Paso. Oklahoma State’s struggles against Tulsa didn’t help.

State of the Group of Five

Between No. 15 Central Florida, No. 16 Cincinnati, No. 20 Memphis and 2-0 SMU, the American will difficult to unseat from atop the Group of Five conferences.

With the Mountain West still looking at ways to play this season, the American’s biggest threat will come from the Sun Belt. However, the Sun Belt stumbled in Week 3, as conference favorite Appalachian State fell Saturday at Marshall in a loss with potential season-long influence on the overall reputation of the league.

Marshall moves to the front of the line in Conference USA, which has otherwise struggled in non-conference play. The league is 8-9 in these intersectional games, with all but two of those wins coming against Championship Subdivision.

Up next: the Big Ten (and maybe more)

The Big Ten plans to begin on Oct. 24 with nine games crammed into just under two months, leading to concerns that one or two postponements due to COVID-19 could create a ripple effect across the league’s entire regular-season schedule.

If so, that would dramatically impact the Big Ten’s hopes of putting a team — Ohio State, specifically — into the playoff. Already behind the curve as other Power Five teams play as many as 11 games, the Big Ten champion has little room for error in making a case to the selection committee.

The Big Ten’s reversal on sitting out the season brings four of the Power Five leagues into action. It may be the entire group by the end of October, as the Pac-12 continues to evaluate its options for joining the 2020 season and may be in position to begin as soon as Halloween.