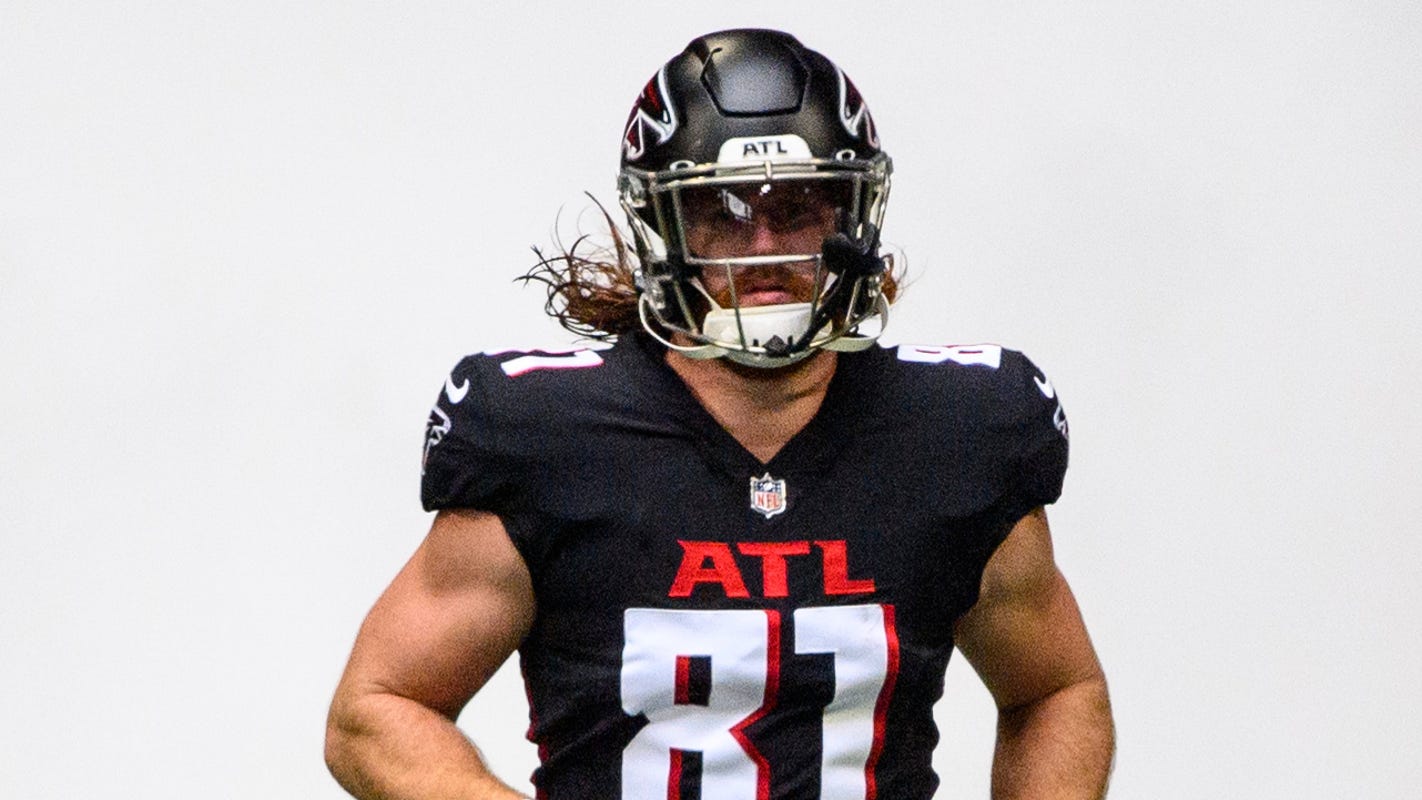 Hayden Hurst jogged across the field of AT&T Stadium to find Cowboys quarterback Dak Prescott in the postgame chaos on Sunday.

The two were still in the immediate aftermath of Prescott and the Cowboys’ stunning comeback to edge Hurst’s Falcons 40-39. But before Atlanta lost, before Hurst caught five passes for 72 yards and a touchdown, and before Dallas recovered an onside kick in the final 2 minutes of the game, Hurst had told his mother: “Hey, I really want to go up to [Prescott] and tell him how much I respect him.”

The impetus had nothing to do with football.

So Hurst found Prescott amid the crowd, high-fived him and then embraced the quarterback who had just thrown for 450 yards and rushed for three touchdowns.

“Hey, I’ve got a lot of respect for what you did, came out and talked about,” Hurst told Prescott as public relations staffers and Cowboys offensive coordinator Kellen Moore looked on. “Me and my mom have a foundation about suicide prevention. Respect the hell outta you for talking about it, man.”

Prescott told Hurst he appreciated that.

“Maybe we can collab one day,” Prescott added.

The cause, for both players, is personal.

Mic-ed up yesterday, Hurst thanked Dak for speaking up 🙏🏽

Hurst played baseball in the Pittsburgh Pirates’ minor league system from 2012-15 until his anxiety — the yips, as he says — became so bad he couldn’t throw anymore. So he reversed course and joined South Carolina’s college football team, where “I thought I left all that stuff behind me,” Hurst told USA TODAY Sports by phone Tuesday night. “But unfortunately it followed me.”

Decisions with drinking and drugs precipitated his spiral, Hurst said. One night in 2016, he tried to kill himself. A friend found him, and Hurst was admitted to a local hospital.

“I try to put it out there because I want people to see it,” Hurst said. “I know it’s pretty intimate stuff talking about my attempted suicide with people that I don’t even know. But I see it as if I can put my story out there and some kid can see it and save one life, that’s the point.”

He was inspired to find Prescott advancing the mission, too.

Prescott began suffering anxiety and depression during isolation amid the coronavirus pandemic. Shortly after, Prescott’s 31-year-old brother Jace died by suicide on April 23. Prescott opened up about his own emotional challenges, work with a sports psychologist and need to talk to others. He addressed the issues in a documentary with journalist Graham Bensinger and during a Sept. 10 news conference with Dallas reporters.

Dak: “I have the obligation to live on and carry on another legacy. So now it’s not just my mother, it’s my brother as well. I will continue to do that in every walk of my life.” pic.twitter.com/6MGbQ4qqUl

When a national TV personality criticized Prescott’s openness as a sign of weakness that compromised his ability to lead, Prescott refuted the notion.

“Being a leader is about being genuine and being real,” Prescott told Dallas reporters on Sept. 10. “If I wouldn’t have talked about those things to the people I did, I wouldn’t have realized my friends and a lot more people go through them. And that they are as common as they are.

“I don’t think for one second, leaders or not, I don’t care how big a person you are—if you are not mentally healthy and you’re not thinking the right way, then you are not going to be able to lead people the right way.”

Hurst saw the aftermath of the criticism discussed on ESPN while at home and found the critique “just disgusting.” The confidence with which Prescott owned his struggles Hurst found “absolutely remarkable.”

“I’m a huge Dak Prescott fan now,” Hurst said Tuesday. “I just wanted Dak to know how much I respected him because when I told my story, I know how much you get scrutinized because of that backwards thinking. ‘Oh you’ve got to be strong, you’ve got to be a leader, you can’t show weakness.’ But it is so courageous to come out and talk about that stuff when other people won’t.

“I think it takes more courage to come out and talk about it than to sit and not talk about it. … It’s going to save a ton of lives.”

Atlanta Falcons’ Julio Jones, left, and Hayden Hurst, right, celebrate a touchdown catch made by Hurst in the first half of an NFL football game against the Dallas Cowboys in Arlington, Texas, Sunday, Sept. 20, 2020. (Photo: Ron Jenkins, AP)

Cathy Hurst echoes the sentiment, amazed how much she’s learned about mental illness and suicide in the aftermath of her son’s attempt. Like Prescott, the Hursts have lost family to suicide. Hayden Hurst’s uncle and cousin—a father and son—each took their lives, the Hurst family subsequently wrestling with guilt. The Hurst family works to raise awareness in teaching that even young children can experience depression and suicidal thoughts.

“I’m finding out more and more,” Cathy Hurst told USA TODAY Sports on Tuesday. “So we want to try to get to these young people early so they learn techniques to be able to deal with anxiety and depression and be able to talk about it with their parents, coach, teacher.

“When Hayden was suffering with depression in the minor leagues of baseball, he didn’t come to my husband and I. He went to a pitching coach. At first, I was like, ‘Wow, why didn’t he come to us?’ But I’m just grateful he spoke to this pitching coach because he felt comfortable with him and was able to be vulnerable.”

Kids looking up to Prescott will realize they can speak up too, she said.

Cathy and Hayden still converse regularly about the challenges of mental health and erasing stigma, they say. They remind themselves: It’s OK not to be OK. Their foundation has partnered with Kevin Hines, a suicide survivor who attempted to jump off the Golden Gate Bridge. They partner also with author Tom McSheehy, who wrote “In Focus,” a teacher’s accessible guide to cultivating social and emotional intelligence in the classroom.

Surviving a suicide attempt has given Hayden Hurst perspective on the emotional spikes of the NFL.

He knows the noise is still out there, even louder on days like Sunday when he and teammates didn’t thwart the Cowboy’s game-changing onside kick recovery. (“Such an easy game from the couch,” he said. “People being in that situation would have no idea…”) But it’s not difficult for him to compartmentalize a loss in a moment like Sunday when he “totally forgot I was mic’d” and sought Prescott to share what he hopes fans realize was a genuine moment after the quarterback’s advocacy moved Hurst.

“Nothing is ever going to be as bad as that night that I had when I tried to take my own life and was in that hospital room by myself,” Hurst said. “So I really just think back to that: That’s as bad as it’s going to get for me.

“So yeah, I like to win. I’d like to win every single game and be 16-0 and win the Super Bowl. But at the end of the day, I’m going to play as hard as I possibly can. But it’s just a game.

“I try to put it in perspective.”

If you or someone you know may be struggling with suicidal thoughts you can call the U.S. National Suicide Prevention Lifeline at 800-273-TALK (8255) any time of day or night or chat online.