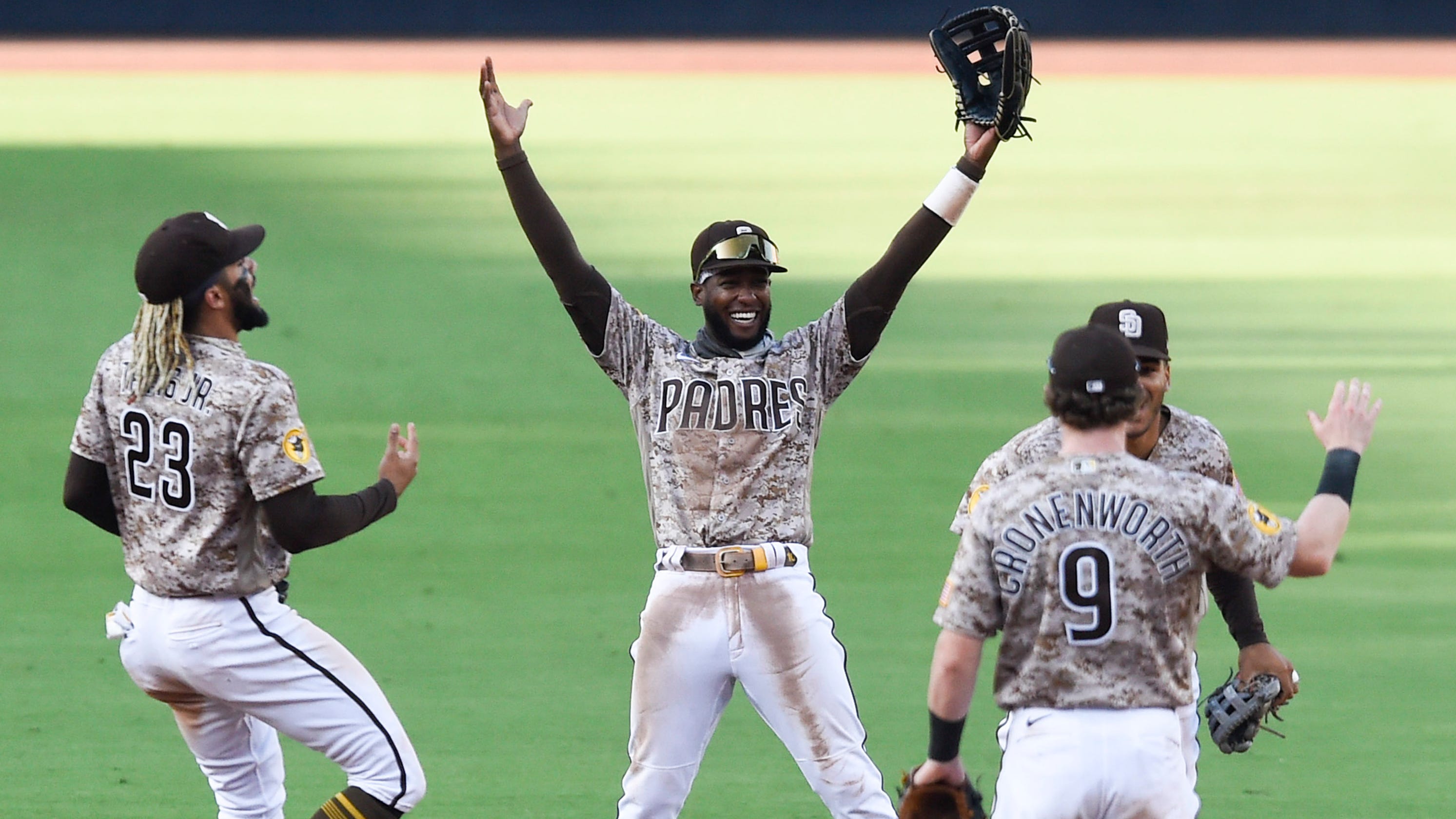 As spring training 2.0 ended and games officially began in late July, we all knew this baseball season would be unlike any other. There were new rules for extra innings, shortened doubleheaders and a universal DH. We could only make our best guesses about how to alter strategy to take advantage.

What we didn’t know was that some teams would be idle for two weeks or more as coronavirus outbreaks interrupted their best efforts to keep players from being exposed.

We had no idea one of the biggest trade deadline moves would involve a top-tier pitcher — Mike Clevinger — who may or may not have been dealt because he broke protocol.

And who could have predicted first-round picks Christian Yelich, Cody Bellinger and Nolan Arenado would struggle at the plate for almost the entire 60-game schedule, putting their fantasy teams in a hole that would be almost impossible to escape.

But despite all the obstacles, it looks as if we’re going to make it to the finish line of this truncated 2020 season. The real question is … have we learned anything we can take into 2021?

‘BEST IN THE LEAGUE?’ Why Tampa Bay Rays are the perfect squad for MLB’s 2020 season

For starters, Fernando Tatis Jr. is a legitimate superstar. Sure, there was support for him as a potential first-round pick this spring, but there were also questions about his ability to stay healthy and how far he would regress from the numbers he posted as a rookie (especially a .410 batting average on balls in play).

Tatis was this season’s most valuable fantasy player — right up until a mini-slump in September. It seems odd, but his accomplishments over 50-plus games have seemingly validated what he did over 84 games a year ago. But that’s 2020, for ya.

Meanwhile, Shane Bieber lapped the field among pitchers. Entering the final week of the regular season, Bieber led the majors in wins (eight), strikeouts (112) and ERA (1.74). That should put him solidly in next year’s first round as well.

While the excellence of Tatis and Beiber is apparent, there are still many more questions than answers as the season comes to a close.

Are starting pitchers becoming an endangered species? Lasting just the minimum five innings to qualify for a win seems to be asking a lot these days. Perhaps the compressed schedule and frequent doubleheaders had something to do with it, but a greater percentage of pitcher wins has gone to relievers this season (47.9%) than ever before in baseball history.

Stolen bases continue to decline. Just a couple weeks ago, Adalberto Mondesi had the lowest on-base percentage and slugging percentage in the majors, but he’s leading everyone in stolen bases — and as a result, he’s a borderline top-30 hitter with a $21 Roto value.

So yeah, there’s so much about this season that just doesn’t make any sense. Perhaps it would have become clear if we could’ve played 162 games instead of 60. We’ll certainly have to alter some things for next year, starting with 10 games played at a position instead of 20 to qualify for fantasy eligibility.

But as we look at the standings in our leagues as the season winds down, there’s one overriding feeling: We didn’t really lose; we just ran out of time.

Voit wasn’t ranked highly this spring because of injury concerns, but on a Yankees team that’s been hit hard, Voit has played almost every game. With one week to play, he led the majors in home runs (21) and was second in RBI (49).

Bieber deserves consideration, but he was still a second-round pick. Maeda wasn’t even among the top 50 pitchers on draft day, but he’ll finish in the top five.

Despite going 5-1 with a 2.52 ERA and a league-leading 0.76 WHIP, Maeda still managed to fly under the radar — until he took a no-hitter into the ninth inning against the Brewers on Aug. 18.

He’s posted a career-high 17.3% swinging strike rate and career-low walk rate. Yes, hitters have a ridiculously low .197 average on balls in play against him, but even unsustainable trends can hold up over 10 starts. Roto value: $31.

Lewis broke out of the gate with home runs in each of his first two games. Those who jumped on the bandwagon early ended up rostering a top-15 outfielder.

The rookie outfielder entered the final week of the season with a .280 average, 11 homers, 35 runs, 28 RBI and three steals — fantastic production across the board for someone who wasn’t even among the top 100 outfielders on draft day.

There were many slow starters who never had enough time to turn things around, but Martinez stands out because he continued to play every day. Fantasy managers had to keep him in their lineups each week, just in case he returned to the form that warranted his preseason ADP of 22.

Instead, he’s barely kept his batting average over .200, while hitting only five home runs in a depleted Red Sox offense. Roto value: $1.

This award doesn’t carry as much weight as it would over 162 games, but McNeil was able to do what Martinez and other slow starters weren’t.

Perhaps the short season had a role, but Hernandez finally showed what he can do with regular playing time. He’s among the leaders in hard contact percentage, which has resulted in 16 home runs and a batting average nearly 80 points higher than he had last year.

Kyle Tucker of the #Astros launches his first Homer of the spring over the Mini Monster against the Red Sox. I’m here for the Kyle Tucker breakout party. pic.twitter.com/6dbOLJ3J5h

Admit it, you gave up on Profar after he hit .218 and left Oakland for a utility role in San Diego. Still just 27, he’s become an everyday left fielder, while displaying both power and speed and posting a career high on-base percentage.

Finally, let’s take a quick look at some of the players who will be fueling the conversation over the offseason in preparation for next year’s drafts: