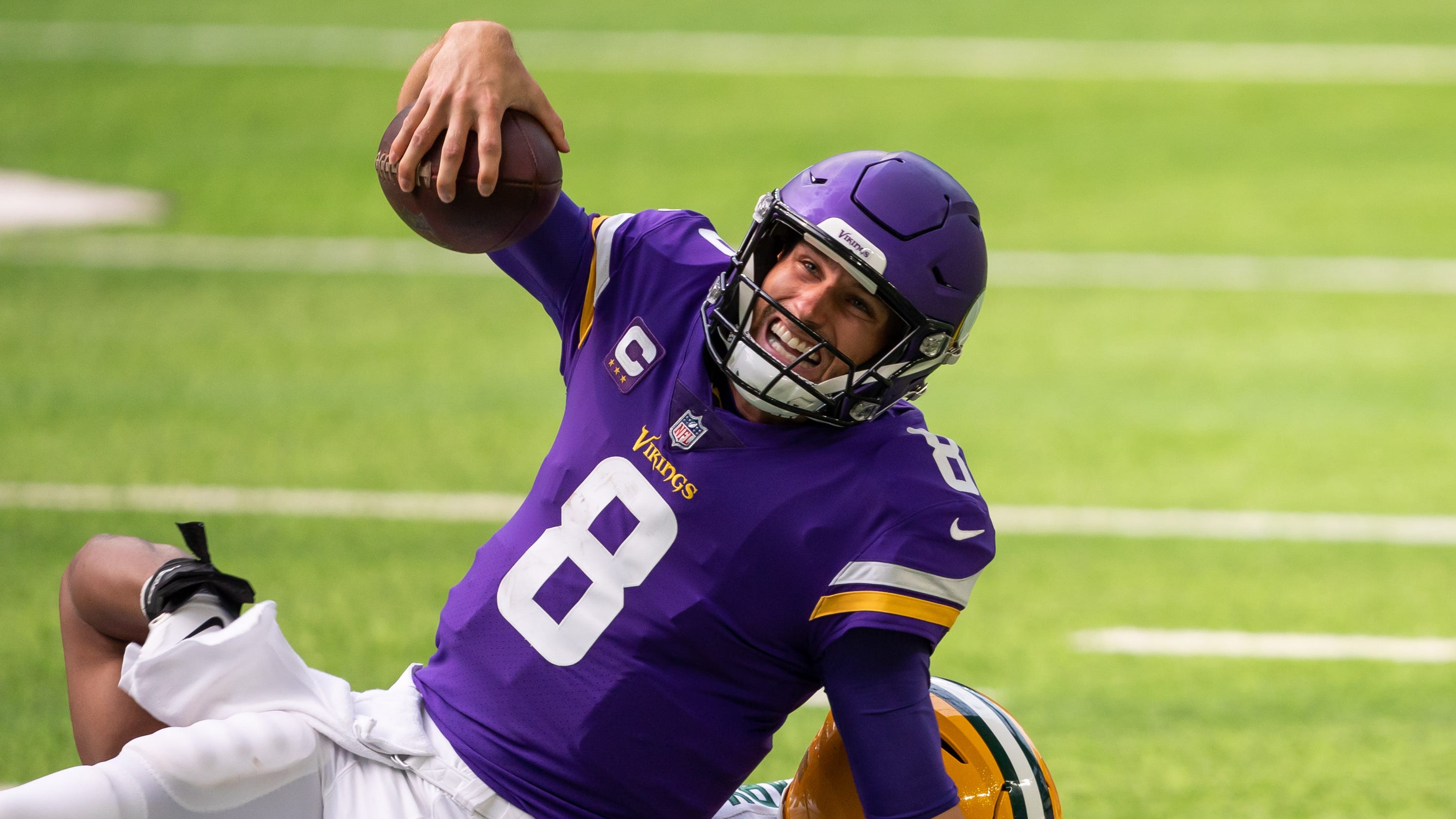 Can Eagles, Vikings still save season?

It happens annually – a multitude of NFL teams, a few of them invariably talented yet also underperforming, stumble out of the gate with consecutive losses.

And then the numbers roll out anew.

However – as with most aspects of daily life in 2020 – there’s a significant asterisk attached to this season, which will be the first (non-strike) campaign to feature 14 playoff teams. It stands to reason that clubs which are presently winless probably have a better than 12% shot of advancing.

The 2019 Pittsburgh Steelers, who would have qualified as a wild card had the field been expanded, lost their first three games. Yet prior to that, you have to go all the way back to 2013 to find another team – the Steelers again – that would have earned a No. 7 seed after starting 0-2.

Moral of the story? Win one of your first two games. But 11 teams this season failed to do that, so let’s rank them – from most likely to least – in terms of their ability to ultimately rebound into playoff form:

1. Atlanta Falcons: I’ve long been a sucker for their talent, which flashed in Week 1 against Seattle and was on full display for 59+ minutes Sunday against the Cowboys. New guys like RB Todd Gurley, DE Dante Fowler Jr. and first-round CB A.J. Terrell need to assimilate – and Dan Quinn must iron out some game management and situational awareness issues. The Falcons went 6-2 in the second half of 2019, winning at New Orleans and San Francisco along the way. There’s no reason they can’t win at least eight or nine games if healthy now, but a turnaround must commence immediately. Historical note: This is the first time the Falcons have been 0-2 with QB Matt Ryan.

2. Philadelphia Eagles: They gave away the opener in Washington before getting pounded by the Rams, and Carson Wentz has not performed like a franchise quarterback. The defense is suspect behind the line, and there are even off-field issues – namely TE Zach Ertz’s stalled contract talks. Yet Philadelphia remains a member of what appears to still be the league’s weakest division and hasn’t missed the playoffs since 2016. “You never want to start 0-2,” said Wentz. “We’ll be OK. … Things happen, but we’re not panicking” Historical note: Since 1990, Philadelphia has overcome two of six 0-2 starts, reaching the NFC championship game in 2003. This is the first time the Eagles have been 0-2 with Wentz and coach Doug Pederson.

3. Houston Texans: It seems like they’ve quietly won the AFC South four of the past five seasons. But that success contributed to a very unforgiving 2020 schedule, one that opened with understandable losses to the Chiefs and Ravens and serves up the 2-0 Steelers in Week 3 and similarly desperate Vikings after that. The mere presence of QB Deshaun Watson provides a reasonable chance for a Texans turnaround, but he (still) needs better protection and must forge chemistry with the new weapons around him. Having the entire divisional schedule still ahead of them provides an opportunity. Historical note: One other sliver of hope? Houston reached the playoffs in both of its 0-2 starts (2015, 2018) under coach Bill O’Brien.

4. Minnesota Vikings: In their first six years under Mike Zimmer, they reached postseason in 2015, 2017 and 2019 … so this may not be their year. The schedule isn’t very friendly, either, with the Titans, Texans, Seahawks, Falcons and Packers coming down the pike. Defensively, a team that has just two sacks can’t compensate for its young corners … especially problematic on days when QB Kirk Cousins can’t complete a pass – or can only complete them to the other team. The schedule seems to relent in November and December, but can the Vikes stay afloat that long? Historical note: This is the first time the Vikings have been 0-2 under Zimmer.

5. Detroit Lions: So competitive with QB Matthew Stafford in the first half of last season, they’ve now lost 11 consecutive games – the past two with Stafford, including an ugly beatdown at Green Bay on Sunday. The return of WR Kenny Golladay, who led the NFL with 11 TD grabs in 2019, would really help – especially with the Cardinals and Saints up next. This team has other good players, too, but there’s no time to waste, especially with the NFC North rival Bears off to a surprise 2-0 start (including a Week 1 comeback at Detroit). Historical note: The Lions have started 0-2 under Stafford four times and never finished better than 7-9 in those seasons. Worse, this is the 24th 0-2 start in franchise history, and the Lions have bounced back to reach the playoffs … once (1995).

6. Cincinnati Bengals: Individually, QB Joe Burrow is off to a solid start, setting a rookie record with 37 completions in Thursday’s loss to Cleveland. But when you’re the No. 1 overall draft pick – even if you’re surrounded by some good players, as Burrow is – you’re rarely joining a team that has realistic playoff hopes, a reality compounded when you’re in the same division as the Ravens and Steelers. Historical note: This is the 18th time Cincy has begun 0-2 in its 53-season history. None of those previous teams fought into the playoffs, and only one even finished 8-8.

7. Miami Dolphins: They went 5-4 down the stretch last year and might craft another strong finish – after figuring out how to incorporate so many free agents and rookies, possibly including first-round QB Tua Tagovailoa. But after dropping two divisional games and with a full plate of AFC West and NFC West opponents ahead? Sink, no swim. Historical note: This is the sixth time since 2008 that Miami sits 0-2, but the Fins have recovered to reach the wild-card round twice in that period.

8. Denver Broncos: Coming off of 2019’s fast finish, they looked like a legitimate wild-card threat – even in a division ruled by the reigning champion Chiefs. But in a matter of weeks, an extremely inexperienced team has lost OLB Von Miller and WR Courtland Sutton and won’t have QB Drew Lock or RB Phillip Lindsay any time soon. You might be a mile high if you think Denver is weathering this. Historical note: This is the ninth 0-2 start in franchise history. The Broncos have never come back to win more than seven games.

9. Carolina Panthers: They just lost RB Christian McCaffrey, the best player on the team by a sight, for the foreseeable future. That’s too much for a young roster and new coaching staff to surmount. Historical note: The Panthers amazingly went 12-4 in 2013 after dropping their first two games … but Cam Newton isn’t walking back through that door.

10. New York Giants: They just lost RB Saquon Barkley, the best player on the team by a sight, until 2021. That’s too much for a young roster and new coaching staff to surmount. Historical note: This is interesting – after going 0-2, the Giants won the NFL title in 1934, and then did it again 73 years later when they upset the previously undefeated Patriots in Super Bowl XLII. The other 22 times it’s happened to this proud franchise? Suffice it to say, no prideful conclusions.

11. New York Jets: If you’ve watched this club for five minutes, then you also know they’re done. Historical note: The NYJ has been 0-2 18 times in their 61 seasons, 11 of those occurrences since 1989 and – now – three in the past four seasons. They’ve clawed back to the playoffs twice (1981, 1998) but don’t seem to have the benefit of a New York Sack Exchange or Bill Parcells this time around.