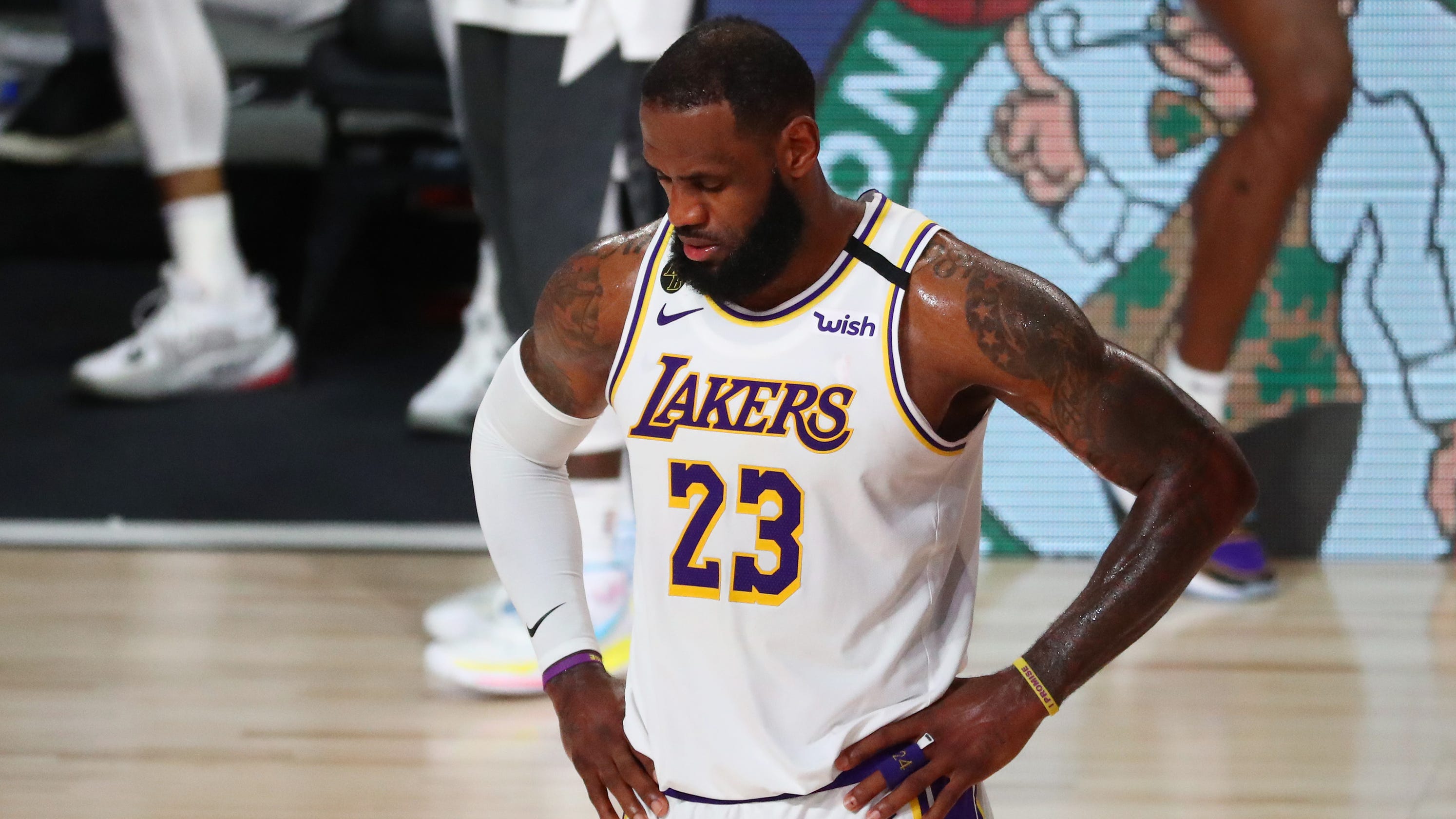 Lakers get wake-up call in Game 3 loss to Nuggets

But as the Lakers painfully experienced in a 114-106 loss to the Nuggets on Tuesday in Game 3 of the Western Conference Finals, this game did not just capture the thin line in a make-or-miss league. It also highlighted the thin line between the Lakers’ resiliency and vulnerability.

Even after Davis prompted his teammates to shower him with hugs and evoke comparisons to the late Lakers’ legend, the Lakers internally had concerns about their play. So much that Lakers coach Frank Vogel told his team they “dodged a bullet” by withstanding the Nuggets’ runs while playing sloppily. In Game 3, the Lakers learned once again the Nuggets usually aim well when they are given a shot.

“It’s not going to be winning ingredients for us if we continue to do that,” Lakers forward LeBron James said. “We knew that, even after Game 2. We talked about that, trying to assure that.”

James has often shared what his mother, Gloria, often told him as a child, “Don’t talk about it; be about it.” And on Tuesday, the Lakers failed to live up to that mantra. Just like the Utah Jazz and L.A. Clippers before them, the Lakers played against the Nuggets as if they would coast to a win. As the Jazz and the Clippers already experienced, the Lakers were then proven wrong.

LEBRON JAMES: ‘Not one time have I said let’s act violent toward cops’

LeBron James reflects during the second half of the Lakers’ Game 3 loss to the Nuggets. (Photo: Kim Klement, USA TODAY Sports)

“They played with more desperation,” Lakers forward Anthony Davis said. “They played harder. They were getting 50/50 basketballs. They were the aggressors and it showed.”

Unlike the Jazz and the Clippers, the Lakers did not fold. They mounted a fourth-quarter comeback that started with a 19-6 run to trim the Nuggets’ lead to 99-96 with 6:07 left. They installed a zone defense. They forced turnovers that lead to a fast-break offense.

Then, the Lakers went flat. James bobbled a pass before missing a step-back 3-pointer and a step-back jumper. Lakers forward Kyle Kuzma hesitated to take a wide-open 3-pointer before finally taking one that went short. Same thing happened to Lakers guard Rajon Rondo. The Lakers made only one out of seven shots in the final 6:07.

“I don’t think we ran out of gas. We just didn’t make the timely plays when we needed them,” Rondo said. “We can’t keep getting breaks with the wins or losses. So we took the ‘L,’ and we deserved it.”

The Lakers deserved it indeed.

Though James recorded a triple double in points (30), assists (11) and rebounds (10), he became wildly ineffective with his surprisingly erratic playmaking that led to six turnovers.

“It’s some of the risk passes that we’re making, including myself,” James said. “There are some passes that we have been able to complete throughout this season, but versus Denver we have to be a little bit more careful and make more — more sound plays with the ball, and protect the ball … We just got to do a better job of that and it’s a conscious effort that not only starts with me because I’m the point guard of the team, and it trickles down to everyone else.”

Two nights after Davis cemented himself into Lakers lore with a dramatic game winner in a pivotal playoff game, he dented some of that equity. Despite his 27 points, Davis shot poorly from deep (0-of-4), grabbed only two rebounds and committed three turnovers.

“Have to do a better job on the glass, personally. I can’t have two rebounds for an entire game,” Davis said. “Unacceptable. I mean, there’s not really much I can say. I just have to do better.”

Despite the Lakers’ identity and late-game resurgence resting on defense and fast-break points, the Nuggets then prompted them to begin an ugly habit. Instead of attacking the basket for easy layups or trips to the free-throw line, the Lakers settled for jump shots. Those open shots for Kuzma and Rondo aside, the Lakers should have gone for a higher-percentage shot. Instead, the Lakers labored through a 6-of-26 mark from 3-point range.

“When we settle too much, we play into their hands,” Lakers coach Frank Vogel said. “When we’re attacking the paint, we’re getting great looks every time we’re touching the paint. We definitely have to be more aggressive.”

Then the Nuggets will simply expose the Lakers the same way they did to the Jazz and the Clippers. Simply grinding through a Game 4 win on Thursday will not be enough, either. That would give the Lakers a 3-1 series lead, and the Nuggets have shown that is when they become their most dangerous. Instead, the Lakers will have to accept that their night begins on opening tip. It will not end until the final buzzer sounds.