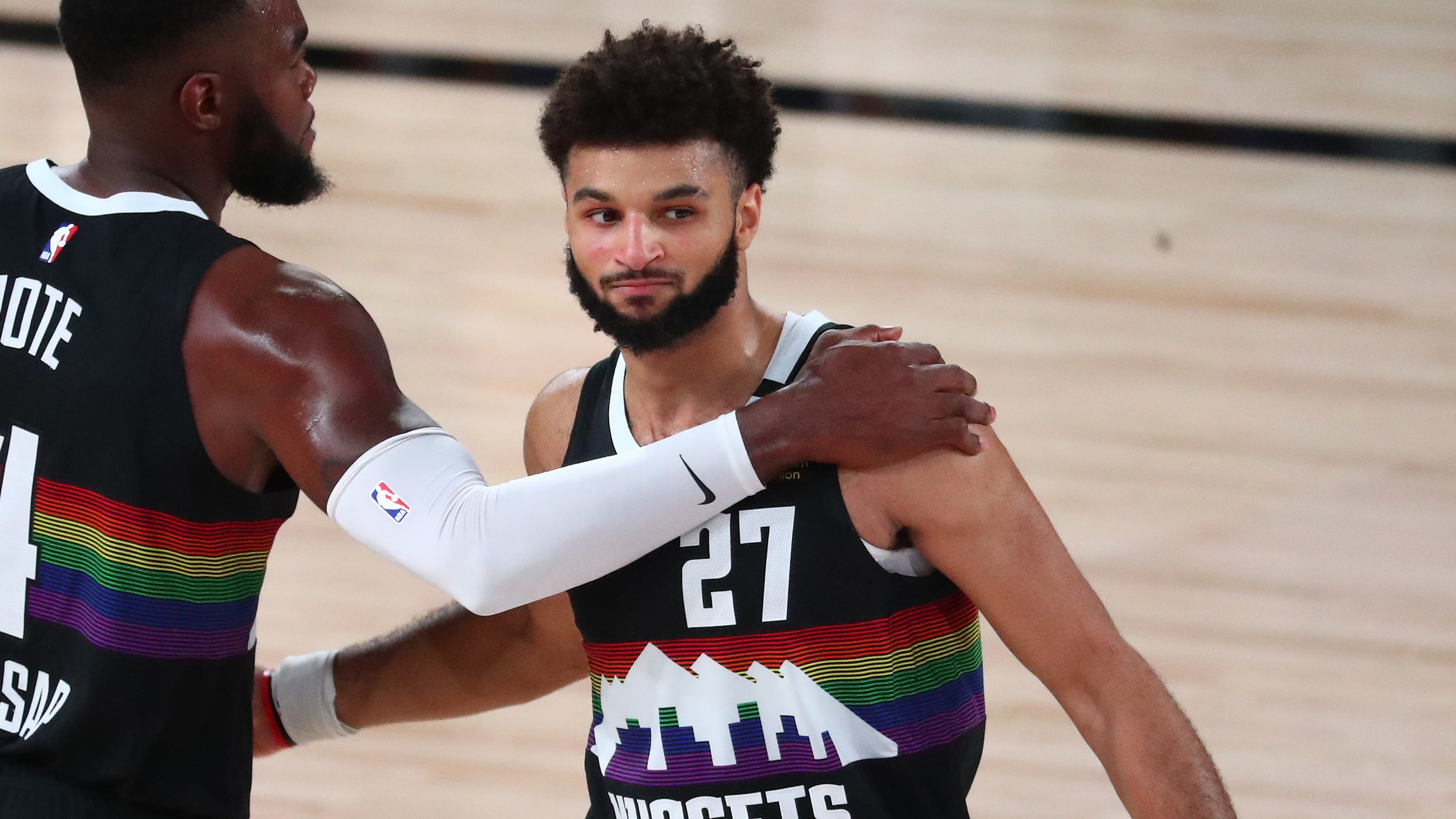 “Tremendous relationship with him which I really value,” Malone explained. “He came to me last year, kind of after the playoffs, he says, ‘Coach, you know what drives me crazy and I hate? You say I’m inconsistent. What bothers me is that you’re right. I know I have to be more consistent.’ “

From inconsistent to good during the 2019-20 regular season, Murray has taken another leap in the playoffs — from good to great.

Murray paraded his postseason magnificence throughout Game 3 on Tuesday, scoring a team-high 28 points, delivering 12 assists and collecting eight rebounds in Denver’s 114-106 victory over the Los Angeles Lakers in Game 3 of the Western Conference finals.

The best of @BeMore27’s clutch play in Orlando thus far for the @nuggets!

The 23-year-old Murray scored 10 of his points in the fourth quarter, none bigger than his two 3-pointers in the final 2:17, pushing Denver’s lead to 106-99 and then 111-99. He sandwiched those two 3s around an assist to Paul Millsap.

“Jamal made really, really big shots in the end of the game,” Nuggets center Nikola Jokic said, “and that’s why we won the game.”

With his scoring and passing, Murray accounted for 55 of Denver’s points, according to ESPN Stats & Info — the highest total of his career.

BACK IN IT: Nuggets show resolve again, top Lakers to cut deficit to 2-1

“He’s starting to get the respect from the other teams. They’re game-planning him, blitzing him, double-teaming him, giving him so many different looks,” Malone said. “That’s part of what being an All-NBA type of player is about. When you do that, you have to be a willing passer.”

There are two stories emerging from the Nuggets in the restart. One is their ability to keep playing and win games no matter the situation, which includes two comebacks from 3-1 deficits.

The other is that Denver has become a two-star team — Jokic and Murray — giving them the ability to beat anyone in the league in a seven-game series.

“I really believe in him,” said Jokic, who had 22 points, 10 rebounds and five assists. “I think he can make the big shots. He is built for the big shots. I really, truly believe that he’s a superstar.”

Murray’s exploits are turning into legend. He had two 50-point games against Utah in the first round and then helped the Nuggets beat the Los Angeles Clippers in the conference semifinals, averaging 22.6 points and shooting 43.8% on 3-pointers.

In three games against the Lakers, he is averaging 24.7 points, seven assists and five rebounds and shooting 52.1% from the field and 40.9% on 3s.

“I know every night what I’m getting from Jamal,” Malone said. “Last year we knew what we were getting from Nikola, but what kind of game would Jamal have? That’s no longer the case. We have two superstars in Nikola and Jamal and a lot of young, talented players behind them.”

Murray acknowledged his conversation more than a year ago when Portland eliminated Denver in Game 7 of the second round. Murray, like all players who want to become great, went to work on his game in the offseason. But he also focused on the mental aspect of the game.

“I don’t know how to explain it — my whole energy, my whole approach to the game,” Murray said. “Not getting down if I miss a couple shots. I missed a couple free throws today, which that never happens, should never happen. But just trying to be aggressive with my shot, be aggressive going to the rim, being aggressive for my teammates, let them know what I’m doing.

“The most important part, the energy I bring. When I’m talking to my teammates, being the vocal leader, going up and down, pushing everyone, they tend to follow.”

In the afterglow of a victory — the Nuggets believe they should be up 2-1 after losing Game 2 on a buzzer beater — Murray was critical of his performance.

“I didn’t think I had a good game in total, to be honest with you,” Murray said. “I think I didn’t really get everybody organized. Had too many turnovers. Too many live-ball turnovers that led to easy points. … Even when they’re playing good defense or whatever it was, I just got to play better. … I got to have a better game if we want to win.”

It’s that kind of drive that Malone loves, and the kind that worries the Lakers.