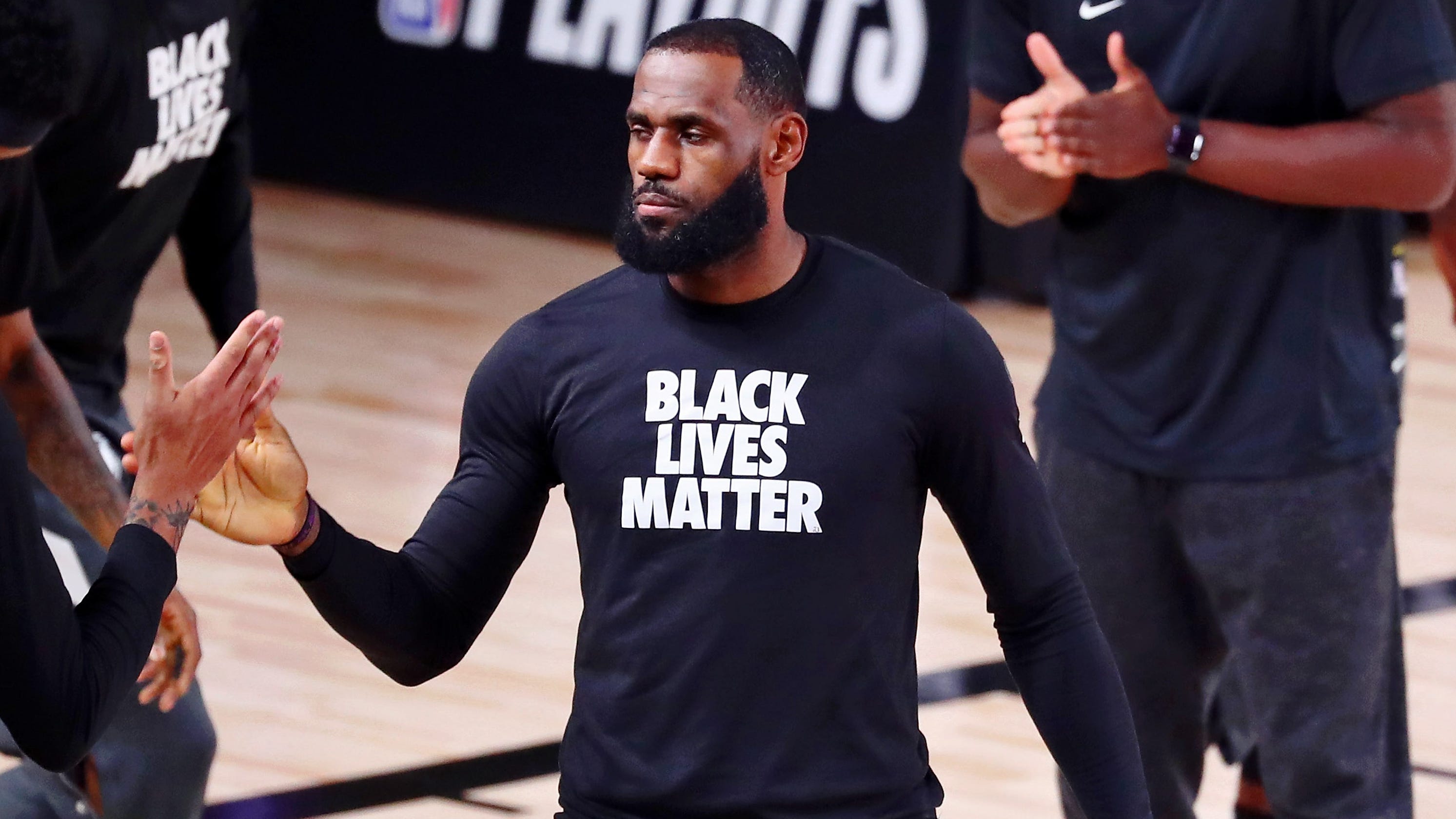 Los Angeles Lakers star LeBron James has frequently criticized police officers that have shot or killed unarmed Black people. Though he has called for law enforcement to be held accountable for those incidents, never has James suggested it should be done with force.

“Not one time have I ever said let’s act violent toward cops,” James said following the Lakers’ 114-106 loss to the Denver Nuggets on Tuesday in Game 3 of the Western Conference Finals. “I just said what’s going on in our community is not okay. And we fear for that, and we fear for our lives. It’s something that we go through every single day as a Black man, a Black woman and a Black kid and a Black girl, we fear that moment where we’re pulled over.”

Last week, Los Angeles County Sheriff Alex Villanueva called on James to match a $100,00 reward for an effort to find the gunman responsible for the shooting of two LA County sheriffs deputies. James said, “I have zero response on the sheriff.”

Last week, Kobe Bryant’s widow, Vanessa, filed a lawsuit against Villanueva, the sheriff’s department and LA County over alleged photos deputies took and shared of Kobe and his 13-year-old daughter, Gianna, after dying from a helicopter crash on Jan. 26.

‘WE’VE SEEN OUR VOICES MUTED’: Getting Black communities to vote is personal for LeBron James, other NBA stars

James did not reference the Bryant incident, but he expressed empathy for the two slain deputies. He also strongly defended himself about his critiques about law enforcement officials.

“I’ve never in my 35 years ever condoned violence. I never have. But I also know what right is right and what wrong is wrong. I grew up in the inner city and the Black community in what we call ‘the hood’ or ‘the ghetto,’ however you want to picture it,” said James, who grew up in Akron, Ohio. “I’ve seen a lot of accounts first-hand of Black people being racially profiled because of our color. I’ve seen it throughout my whole life. I’m not saying that all cops are bad. Throughout high school and things of that nature, and I’m around them all the time, and they’re not all bad.

“But when you see the videos of that’s going on, and you see them not only in my hometown, but all over America, you continue to see the acts of violence toward my kind, I can’t do nothing but speak about it and see the common denominator.”

James then referenced a recent incident in Monona, Wisconsin in which a Black man was handcuffed in his own home at gunpoint after police responded to a neighbor’s call about him sitting on a porch. According to the Milwaukee Journal-Sentinel, 23-year-old Keonte Furdge and a friend moved into their high school coach’s mother’s house after she passed away with the coach’s permission.

“Police came in the house without a warrant, without anything and arrested the guy, a Black man, because he was sitting out on the porch,” James said. “If you can’t tell me that’s not racial profiling, then what the hell are we looking at? But I don’t condone violence toward anyone, police, Black people, white people, anyone of color, anyone not of color. Because that’s not ever going to make this world or America what we want it to be.”