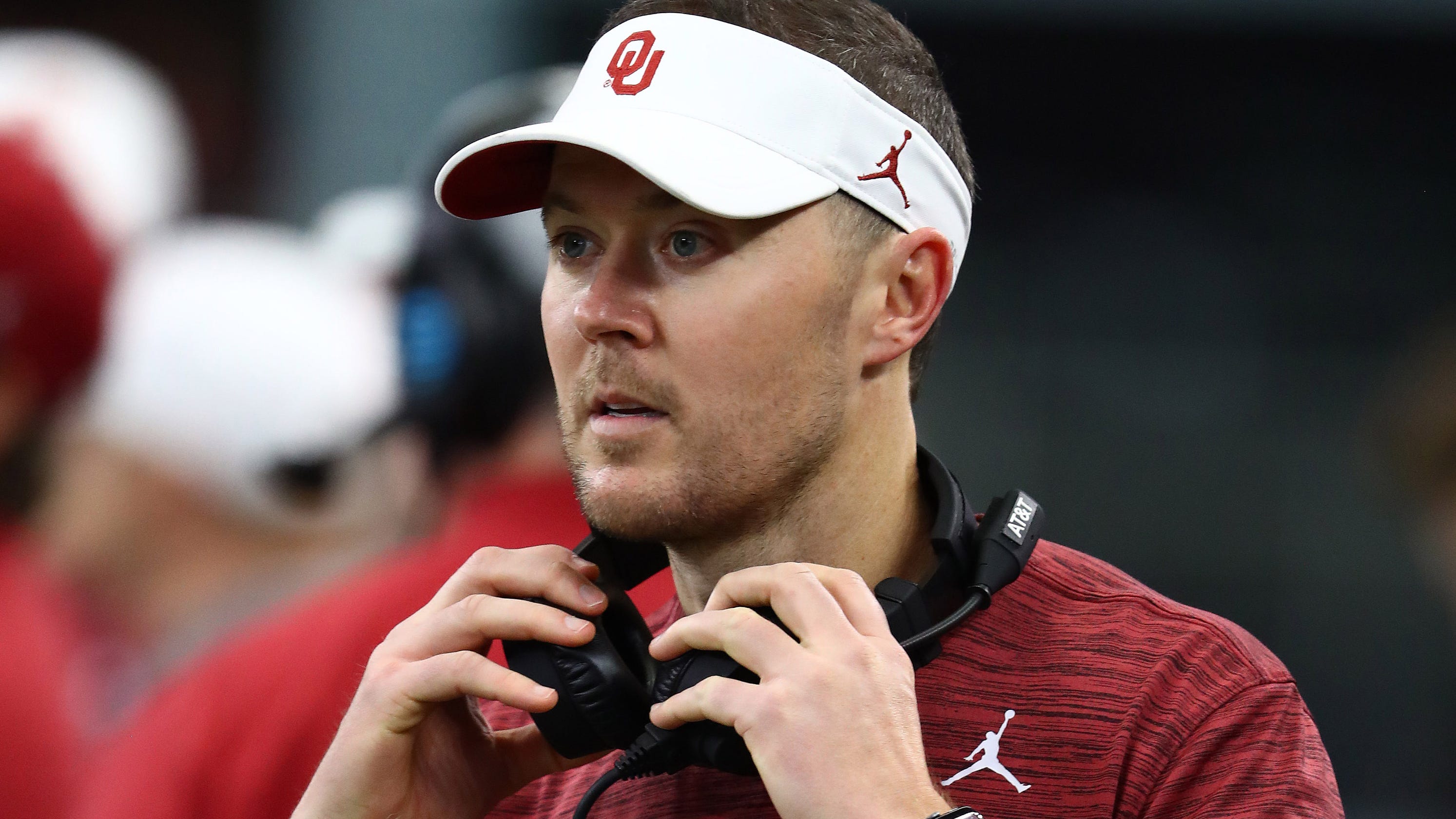 NORMAN, Okla. — Lincoln Riley took a deep breath as he searched for the right words.

“It’s a good question, I certainly understand the question,” the OU football coach said before another long pause to gather his thoughts.

Riley had been asked in Tuesday’s Zoom press conference whether he or the Sooners have received any word about any delay in the decisions by the NCAA. The question didn’t ask directly, but it was implied that it was about the suspensions of wide receiver Trejan Bridges, defensive end Ronnie Perkins and running back Rhamondre Stevenson.

Riley made it clear he understood the subject of the question quickly. He generally hasn’t said much on the suspensions, other than to say he still hoped for a positive resolution with the NCAA.

He had referred to the rule as “archaic” in mid-August though offered nothing further then. Tuesday, he went back to that word, and expounded much more.

“It has been a challenging year for the NCAA. There’s a lot on their plate right now,” Riley said.

“But this is a big issue. It is. And it’s a much bigger issue than these three players, and I think maybe that’s part of why the process has been a little bit slower than all of us would like, but you’re talking about an archaic rule within the NCAA. You’re talking about a world that has really changed on the subject.”

The archaic rule? The NCAA’s rules regarding marijuana testing. The trio of players tested positive for the substance in an NCAA drug test before the Peach Bowl last season, a source told The Oklahoman. The rules in place mandate a suspension of half of a season for one positive test. That suspension would carry them through the first five games of the season, in addition to the bowl game they missed.

While there is no mechanism to overturn the suspensions, there was hope the suspensions would be reduced slightly because two games were eliminated from this regular season.

The world that changed? When the NCAA began its drug-testing program in 1986, use of the substance was prohibited in every state and only a few had moved to decriminalize cannabis.

Now, though the substance remains federally illegal, 11 states have legalized recreational marijuana use and 33 — including Oklahoma — have medical marijuana programs.

K-STATE VS. OU: Teams juggling COVID-19 uncertainty ahead of their game Saturday

Last year, the NCAA increased its THC testing threshold, moving to 35 nanograms per milliliter from 15 to trigger a positive result. The NCAA Committee on Competitive Safeguards and Medical Aspects of Sports bumped the threshold up to prevent those who have inhaled the substance secondhand from triggering a positive test.

While some schools have adjusted their punishments for marijuana offenses, and many were never as strict as the NCAA to begin with, the NCAA has maintained strict punishment for positive tests.

“And right now, studies are showing that’s how you win. That’s how you beat this. That’s how you actually help a player, help a person that has made a mistake. I think a lot of schools have figured that out. There have been some really positive trends and I think developments there. The fact that if you have the same test from the NCAA, you miss six games, and the disparity between that … it’s not right.

“I am confident that it’s gonna get fixed or head to a more appropriate spot.”

Riley said even if a rule change isn’t implemented in time to benefit those three — and it almost surely won’t be — that it needs to be changed.

“It is really severe, especially when only a couple of teams in the country a year get tested,” Riley said. “But they made a mistake and they’re living with the consequences right now and hopefully something gets changed before that. If not, hopefully it’ll get changed for all the rest of the players and for the good of the game.”

Riley said the Sooners — himself, coaches, the players affected — have “come to terms” with the suspensions.

“If something happens, I think that would be great and the right thing to do but if something happens later on, at least it doesn’t put other people and other players in what has become a situation for those guys that’s not right,” Riley said. “And it’s not conducive to somebody actually improving and getting better and addressing the issue at hand and that’s the problem I have with it.”