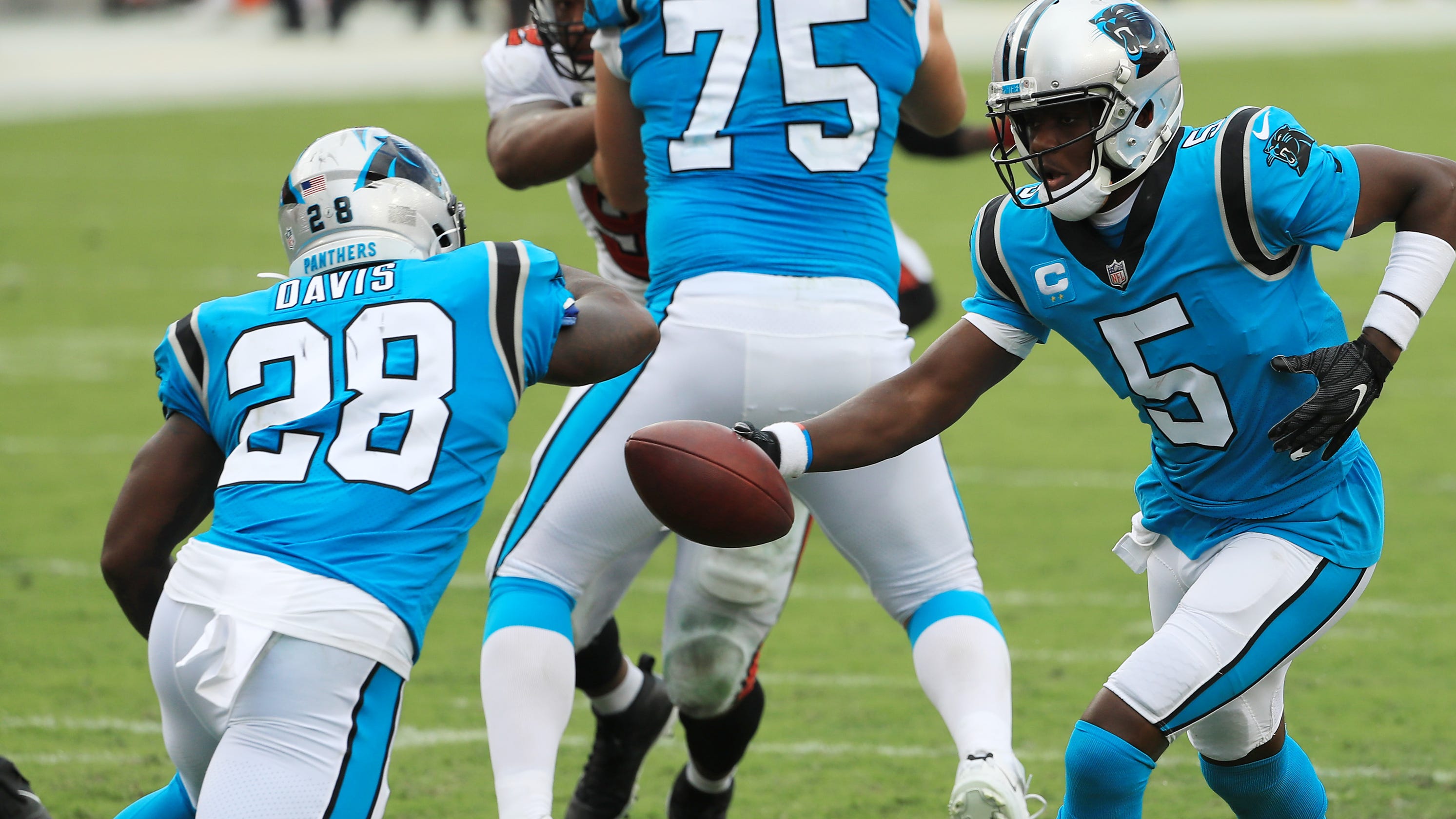 It’s hard to remember a worse week for injuries to key players in the fantasy football era than Week 2 of 2020.

Getting the No. 1 or No. 2 overall pick in drafts is usually a blessing. This season it’s been a curse as both Christian McCaffrey and Saquon Barkley went down with injuries on Sunday. And they’re just the tip of the iceberg.

McCaffrey’s sprained ankle will keep him out 4-6 weeks, while Barkley’s torn ACL puts him out for the rest of the season. Those are two impossible holes to fill on their teams (real and fantasy), but at least there’s still plenty of time left in the season to pivot in a different direction.

RB Mike Davis, Carolina Panthers ($55). David gets top billing here because he’s the unquestioned replacement for McCaffrey in an offense that’s designed around a single feature back. Fortunately, Davis is capable of handling the dual rushing/receiving responsibilities McCaffrey shouldered, though not to the same degree. After McCaffrey went down, Davis caught eight passes for 74 yards and ran the ball once for a yard. If you lost a starting running back, getting another one to fill in — even if it’s for only a month — is a huge priority, hence the aggressive bid.

RB Jerick McKinnon, San Francisco 49ers ($30). The Niners had both Raheem Mostert and Tevin Coleman suffer knee injuries on Sunday, putting McKinnon in the spotlight. Despite only 13 offensive snaps, he had a 55-yard run and an 16-yard touchdown among his three carries. (He also had a touchdown reception in Week 1.) Even when Mostert and Coleman return, McKinnon still will have fantasy value.

RB Darrell Henderson, Los Angeles Rams ($25). An injury to Cam Akers gave Henderson far more opportunities than he saw in Week 1, when he was recovering from a hamstring injury of his own. The rookie carried 12 times for 81 yards and scored a TD. Plus, he caught two passes for 40 yards. Malcolm Brown is still a factor, but Henderson deserves a closer look.

RB Devonta Freeman, free agent ($18). Timing is crucial here with Freeman scheduled to visit the Giants on Tuesday. If he signs, he’s easily the most talented of the potential Barkley replacements. However, being patient with him learning a new offense may not be possible for fantasy teams that have started 0-2. Even Leonard Fournette had a couple weeks of training camp after he joined the Bucs.

TE Dalton Schultz, Dallas Cowboys ($16). Dallas lost tight end Blake Jarwin for the season with a knee injury in Week 1. But Schultz looked right at home in the Cowboys’ high-powered offense, with nine receptions for 88 yards and a score. He could be a TE1 the rest of the way.

RB Dion Lewis, New York Giants ($15). Lewis got all the Giants’ backfield carries after Barkley’s injury, gaining 20 yards on 10 attempts – but also getting into the end zone. He’s best used as a change-of-pace back more in line with his four receptions for 36 yards. So look for him to continue in that role.

Wayne Gallman, New York Giants ($12). At least initially, Gallman stands to gain the most playing time for the Giants. He has filled in as the early-down back before, with marginal results.

WR Russell Gage, Atlanta Falcons ($10). Gage had more than 100 receiving yards in Week 1 (what Falcons receiver didn’t?) and he followed it up with six catches for 46 yards and a touchdown. He also very nearly threw a touchdown pass, but Julio Jones dropped it. With Jones questionable for Week 3, this may be the last chance to get Gage at a discount.

WR Keelan Cole, Jacksonville Jaguars ($8). If you needed more than one week to believe in Gardner Minshew magic, it’s time to consider one of his receivers not named D.J. Chark. Cole has a TD catch in both games so far and has seen the second-most snaps of any Jags receiv

WR Chase Claypool, Pittsburgh Steelers. The Steelers could have three viable fantasy wide receivers. Claypool caught all three of his targets for 88 yards – including an 84-yard touchdown. He may not see the volume JuJu Smith-Schuster and Diontae Johnson will, but his big-play ability makes him worth a roster spot.

TE Jordan Reed, San Francisco 49ers. Reed caught a pair of touchdown passes while starting in place of George Kittle. That’s great, but Kittle will return as soon as possible and Reed has his own history of injury issues. Picking him up now just seems like chasing last week’s stats.

QB Justin Herbert, Los Angeles Chargers. A pregame injury to Chargers quarterback Tyrod Taylor gave Herbert his first NFL action – and he didn’t look like a rookie at all. He had more than 300 yards and a touchdown through the air. He also ran for a score. Even if Herbert doesn’t start in Week 3, he’s likely to take over at some point this season.

Also, be sure to check last week’s waiver wire picks to see if any of those players are still available in your league.