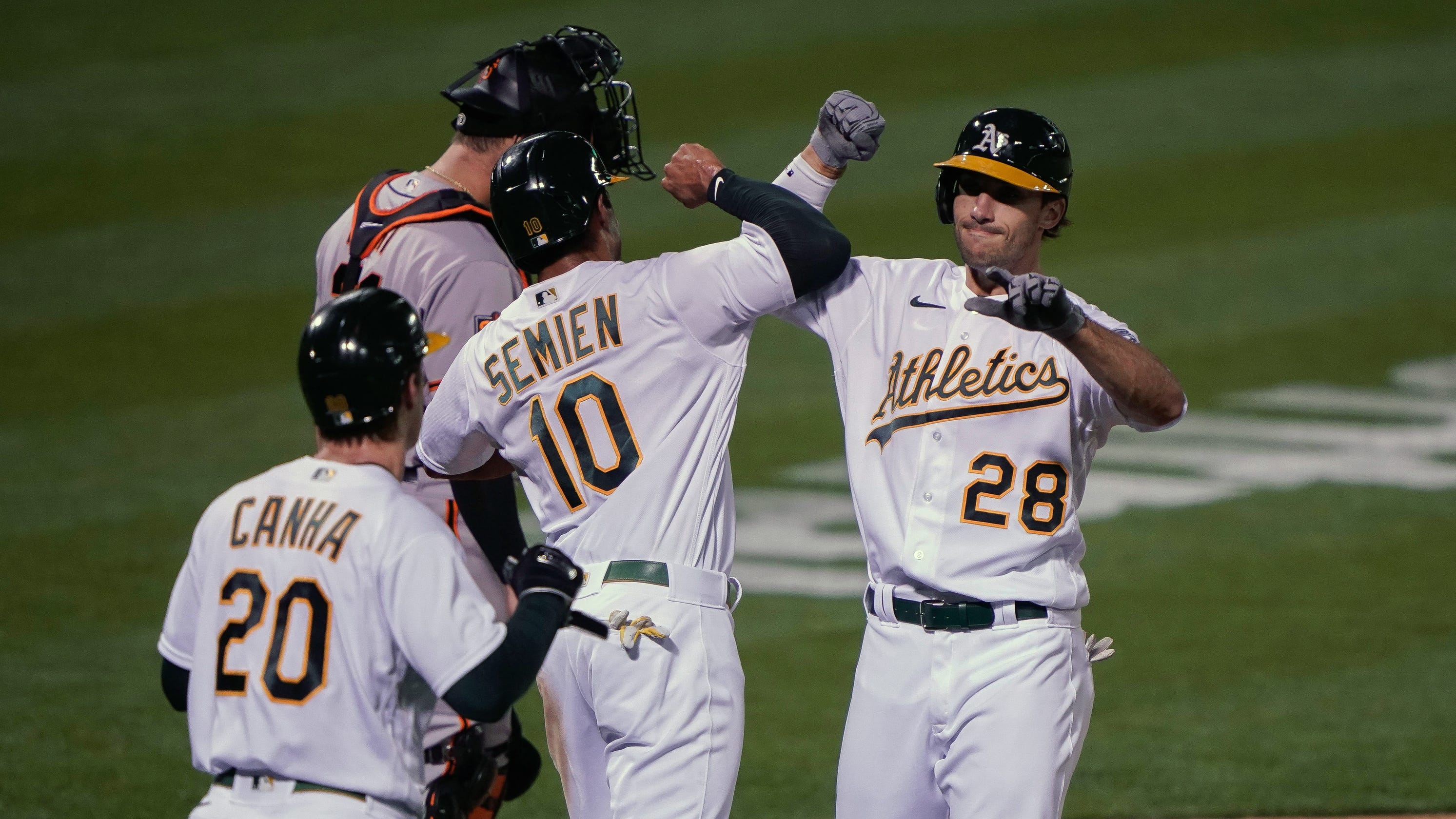 There were exasperating and infuriating moments, and times when it looked like the entire thing may crumble, but with commissioner Rob Manfred knocking on his wood desk Tuesday morning for good luck, the Major League Baseball season is on the verge of surviving a year few envisioned possible.

The 60-game regular season schedule was the shortest in baseball history. There were rule changes made on the fly. Home teams became visitors in their own ballparks. Buffalo became a major-league city. There were hurricanes. Fires. Social unrest and protests. And, of course, the pandemic.

Yet, the 2020 MLB season survived, and for the first time this season, Manfred divulged plans to have fans in the ballparks in October. They will be able to attend the National League Championship Series and World Series, which will be played in Arlington, Texas, pending final approval by Texas governmental officials.

“It’s been grueling for everyone, the constant feeling of risk, the grinding, everything so different than the way we normally do things,’’ Manfred told USA TODAY Sports. “The best way to say it is that 2020 presented some really, really difficult challenges for the sport, and I never worked harder to try to meet those challenges. I do take pride that we’re just a few days away from finishing the (regular) season, an important milestone for the industry.’’

And now, with the postseason beginning Sept. 29, with an expanded 16-team format that Manfred has no interest in continuing under its current structure, there will be fans to provide authentic crowd noise, beginning with the NLCS on Oct. 12 at 40,300-seat Globe Life Field.

“We are pressing ahead to have fans in Texas,’’ said Manfred, with a ticket sales announcement expected soon. “One of the most important things to our game is the presence of fans. Starting down the path of having fans in stadiums, and in a safe and risk-free environment, is very, very important to our game.’’

Manfred would like the postseason to be expanded from 10 teams in the past to 14 in the future, which was discussed last winter, but not 16. The team with the best record in each league would receive a first-round bye, under MLB’s proposal, while the other two division winners in each league would choose their first-round opponent in the best-of-three-series.

“Look, 16 teams, was a really good solution for the unique environment we had in 2020,’’ Manfred said. “But I want to be clear, when I talked about the expanded playoffs going forward before COVID ever hit, we never talked about 16 teams as a permanent solution. We never talked about more than 14 teams. Those plans addressed marginalizing the value of winning the division, and preserving the competitiveness through the regular season.

“The expanded playoffs cover a vast waterfront, but what we discussed was a very different format than we’re seeing now.’’

MLB:Why the Rays are the perfect squad for 2020 season

PENNANT RACE: What to watch for in MLB’s final week

Now, about those new rules that were implemented this year, including seven-inning doubleheaders, starting extra innings with a runner on second base, and a universal DH, only time will tell if they’re around in 2021.

Those rule changes cannot be imposed unless approved by the Major League Baseball Players’ Association, and with the exception of the DH staying in the National League, none are expected to carry over to 2021. Now, is it possible the extra inning rule with a runner on second base starts in the 12th inning? Hey, everything may be on the table.

“I think a silver lining, and there’s not many of them in 2020, is that we experimented with things,’’ Manfred said, “and they were received positively. Whether they come to the landscape going forward, I don’t know. It doesn’t mean I’m advocating for seven inning doubleheaders or the universal DH, but it’s good for the fans to see how some of the experiments work. It’s possible some change is possible to make the game as successful as possible going forward.’’

The potential rule changes in 2021, honestly, has been the furthest thing from Manfred’s mind during this tumultuous season. It was a season that started almost four months late. And a season that that nearly came to an end one weekend into the season.

The Miami Marlins had 21 players and staff members test positive for COVID-19 after the first three games, and four days later, the St. Louis Cardinals had an outbreak, shutting down their season for 16 days.

“We had the Marlins situation, but then St. Louis came right on top of it,’’ Manfred said, “and I’ll tell you, I got nervous. Those two situations had multiple cases, but were very different. I was really, really nervous.

“We went from going into the season with our focus on what we needed to do to keep playing, and after the two outbreaks, going to, “What do we need to do to make sure things don’t spread once we have a positive.’ ’’

There hasn’t been an outbreak since the Cardinals in July, and there have been no positive players tests in three weeks, and just one in the last 33 days. Just 0.07% of the 127,718 monitoring samples taken from players and staffers since the start of the season have resulted in positive tests.

MLB and the players union took further steps to safeguard the players and staff this week with all players on contending teams required to stay in hotels with strict protocols until their team is eliminated. Family members will also be required to quarantine for seven days before joining the players for the postseason.

“I think its important we got this bubble thing figured out for the playoffs,’’ Manfred said. “You’re looking at Europe now having problems, and there are signs we may be looking at a little uptick. But the players all season have shown a ton of discipline. Really, sacrifice is the right word. They’ve done a phenomenal job, the same with the on-field personnel, the managers, coaches, staff, and all of the people that keep the facilities safe and operational.

Certainly, there has been pain and hardship along the way. The entire minor-league season was cancelled. There wasn’t a single franchise who didn’t have layoffs, furloughs or pay-cuts.

And not a single fan got to see a live pitch inside a ballpark.

“Let’s make no mistake,’’ said Manfred,  “the environment we’re operating in the pandemic has affected every aspect of our business.

“The inability of our fans to enjoy the in-ballpark experience is probably my biggest disappointment. The players have been poignantly honest about the significance of having fans in our ballpark and their importance. It emphasizes the bond between our fans and our players.’’

There’s hope normalcy will return next year, but no one knows for sure.

“I’m hoping every day we have a much different environment next year,’’ Manfred said. “I hope one of the great drug companies finds a vaccine for this.’’

In the meantime, well, there’s a World Series champion to be crowned.

And, yes, mask and all, Manfred will be on hand to present the trophy.

There will be no champagne showers. Plenty of social-distancing. And masks will be required. But there will a true champion.

“Honestly, I think this World Series championship is going to be special,’’ Manfred said. “I think the team that comes through proves they not only prevailed over all clubs, but prevailed over a much bigger challenge in terms of this pandemic.

“It’s going to a special in a year we’re never going to forget.’’