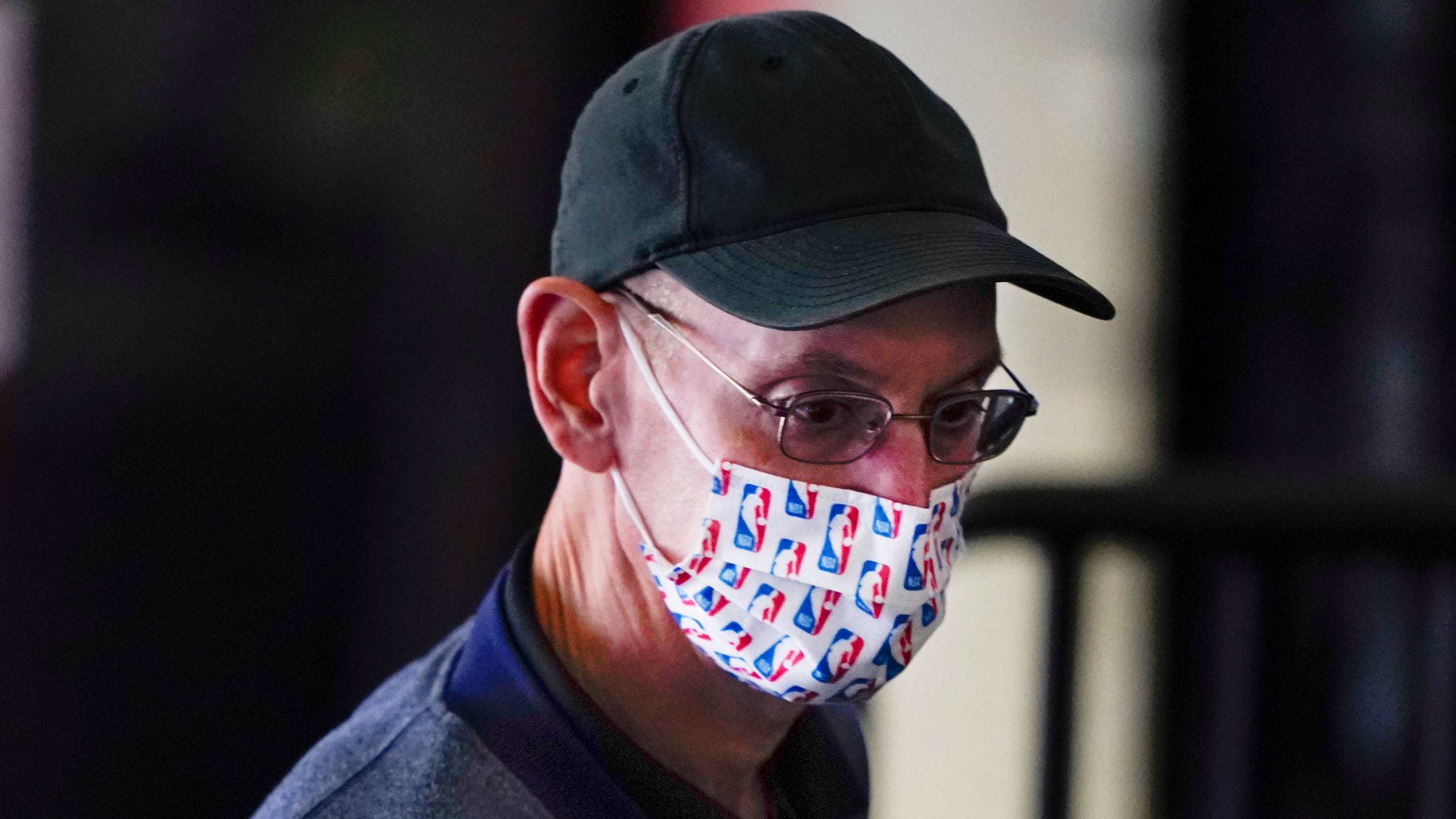 Amid uncertainty about the coronavirus pandemic, as well as the availability of a safe and proven vaccine, NBA Commissioner Adam Silver conceded Tuesday that next season likely would not start on time. His remarks were based off feedback he received from Dr. Anthony Fauci, the director of the National Institute of Allergy and Infectious Diseases.

“My best guess is even though it’ll be the 2020-21 season, that the season won’t start until 2021,” Silver said on CNN during a panel discussion about the politics of the NBA.

“We said the earliest we would start is Christmas of this year. But the more I’m learning and listening to Dr. Fauci this morning, I continue to believe we’re going to be better off going into January. The goal for us next season is to play a standard season.”

Silver said the NBA still hopes for an 82-game regular season and playoffs at home arenas with fans.  After suspending the season on March 11 because of the COVID-19 outbreak, the NBA resumed its season in late July at a Disney campus site near ESPN’s Wide World of Sports complex in Lake Buena Vista, Florida. But the NBA would prefer not to have another campus site for next season because of the additional costs, the added time away from family and the revenue streams it can generate through ticket and concession sales.

“There’s still a lot that we need to learn in terms of rapid testing, for example. Would that be a means for getting fans into our buildings?” Silver said. “Would there be other protections from the things that we are learning in Orlando currently on the campus down there?

“And clearly learning from a lot of other sports with what baseball is currently doing and what football is doing and what college sports have begun playing. There is a lot of new information in the marketplace that we have begun looking at. But the goal is to play a standard season.”

By doing that, though, the NBA’s season would likely overlap with the Tokyo Summer Olympics scheduled for July 23-Aug. 8. The NBA’s traditional season ends in mid-to-late June before players begin training for the Olympics in early July. Even if the NBA compressed its schedule with more back-to-back games, it seems inevitable it would face a calendar crunch.

“It would be tough for us to make a decision in January based on the Olympics happening on schedule when that is so unclear,” Silver said. “I just add that there are a lot of great U.S. players. We may be up against a scenario where the top 15 NBA players aren’t competing in the Olympics. But other great American players are competing.”

If the NBA has a traditional season, the league and its players union would still have to determine other variables. Would teams travel the same amount of times for 41 road games? Would players, coaches and staff members be subject to daily COVID-19 testing? Though participants would not stay in a so-called bubble, what level of quarantine would they face between practices and games? How would accommodations at hotels work?

“I don’t now those answers yet,” NBA players union president Chris Paul said Tuesday on CNN for a panel discussion with athletes. “But I’ll tell you one thing. Our league is special because of the fans. So we definitely want to try to get into arenas as soon as possible. But health and safety comes first.”

So does resuming the rest of this season. The NBA Finals are slated to end in mid-October. But since teams arrived at the NBA campus site between July 7-9, the league has reported zero positive cases.

“It’s working well so far,” Silver said. “I would say my favorite emoji has become the ‘fingers crossed’ one.”