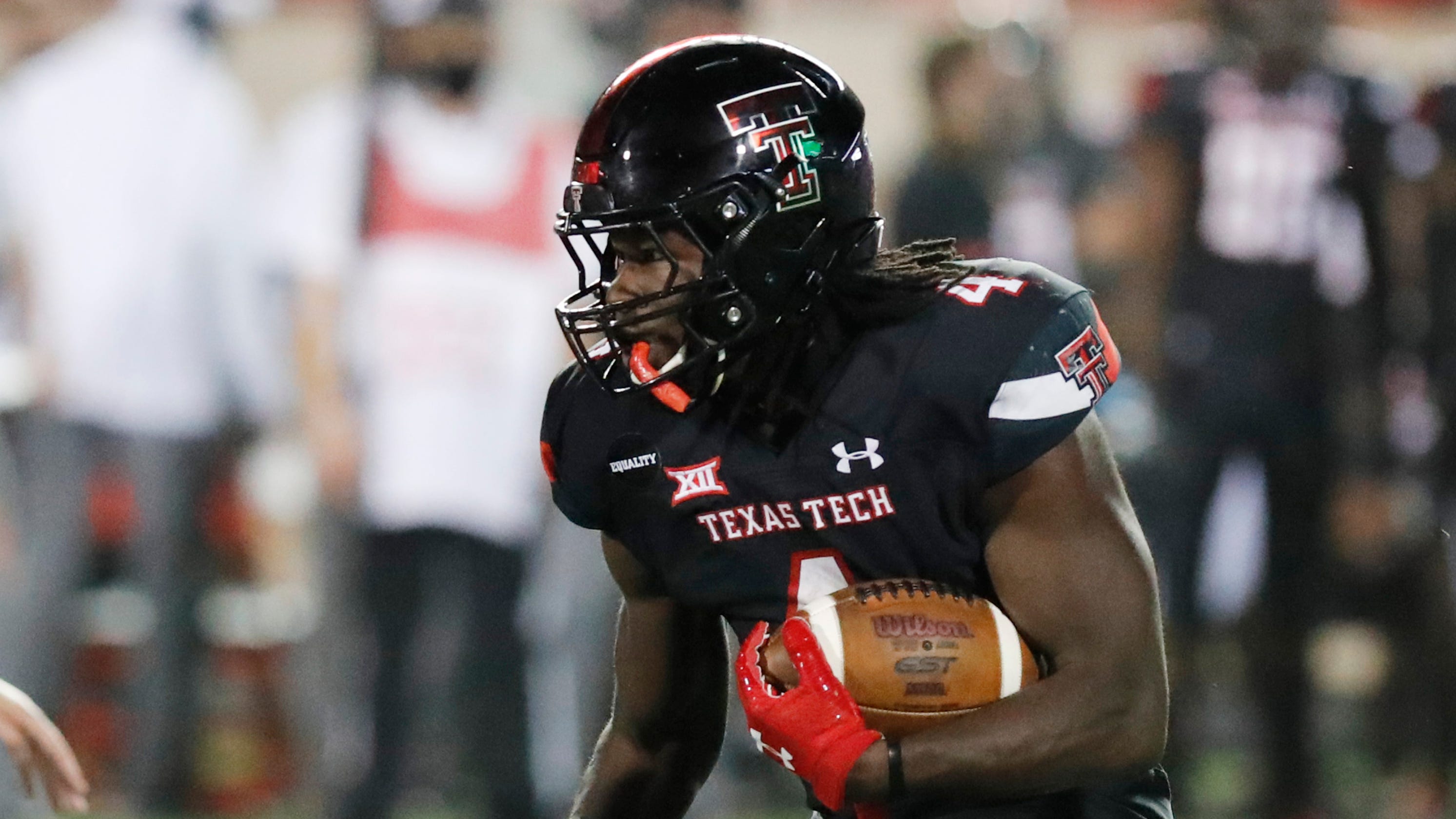 SaRodorick Thompson, a 20-year-old running back from Irving, Texas, was booked into the Lubbock County Detention Center just before 2 p.m. Monday, according to jail records. After posting a 10% personal bond at $2,500, Thompson was bailed out at 4:26 p.m. Monday.

Records indicate he faces a Class B misdemeanor charge of racing stemming from a June 27 incident in which he’s accused of fleeing the scene while a fellow teammate was arrested.

Thompson was the Red Raiders’ leading rusher last season and again in the 2020 season opener. Tech announced later Monday that he can play in Saturday’s Big 12 opener against Texas.

“SaRodorick Thompson was notified late last week that there had been a misdemeanor warrant issued in his name,” the statement said. “Thompson and his lawyer are currently cooperating with the Lubbock Police Department and have done so since the incident in late June. Texas Tech Athletics will handle the matter consistent with its student-athlete discipline policy and any discipline will be handled internally. Thompson is expected to play in Saturday’s Big 12 opener versus Texas.”

A Tech spokesman said the allegation against Thompson is considered a “Level 2 misconduct” in the Tech Student-Athlete Code of Conduct, which does not mandate a suspension.

The Avalanche-Journal reported on July 2 that Lubbock police arrested Caden Trey Leggett, 20, June 27 on a Class B misdemeanor count of racing on a highway.

He was released on bond set at $750 a few hours later, according to court records.

At the time, Tech officials said they were gathering facts about the situation and would handle it “in accordance with the Student-Athlete Code of Conduct process,” according to the statement.

Lubbock police believe Leggett and another player — later identified as Thompson — set out to race on a pre-determined route through Lubbock, according to a police report.

A Lubbock police patrol officer saw three vehicles speeding northbound about 2:40 a.m. in the 10000 block of Indiana Avenue and began chasing the vehicles.

“I had to travel at a high rate of speed in order to attempt to catch up to the vehicles,” the officer wrote in his report.

The officer caught up to the three vehicles — a dark colored Dodge Challenger, a white Ford Mustang and another white vehicle — at a red light in the intersection of 82nd Street and Indiana Avenue. However, the vehicles sped away again when the light turned green, the report states.

The officer activated his lights and sirens to get the three vehicles to stop.

Leggett was identified as the driver of the Mustang and he reportedly admitted that he was racing a teammate, the report states.

The officer found Leggett’s phone during an inventory search of his car and saw what appeared to be a map of a predetermined course the two players planned to race on, the report states.

The third driver has not yet been identified.

Thompson, a sophomore running back, was the Red Raiders’ leading rusher last year with 765 yards and 12 touchdowns on 160 carries.