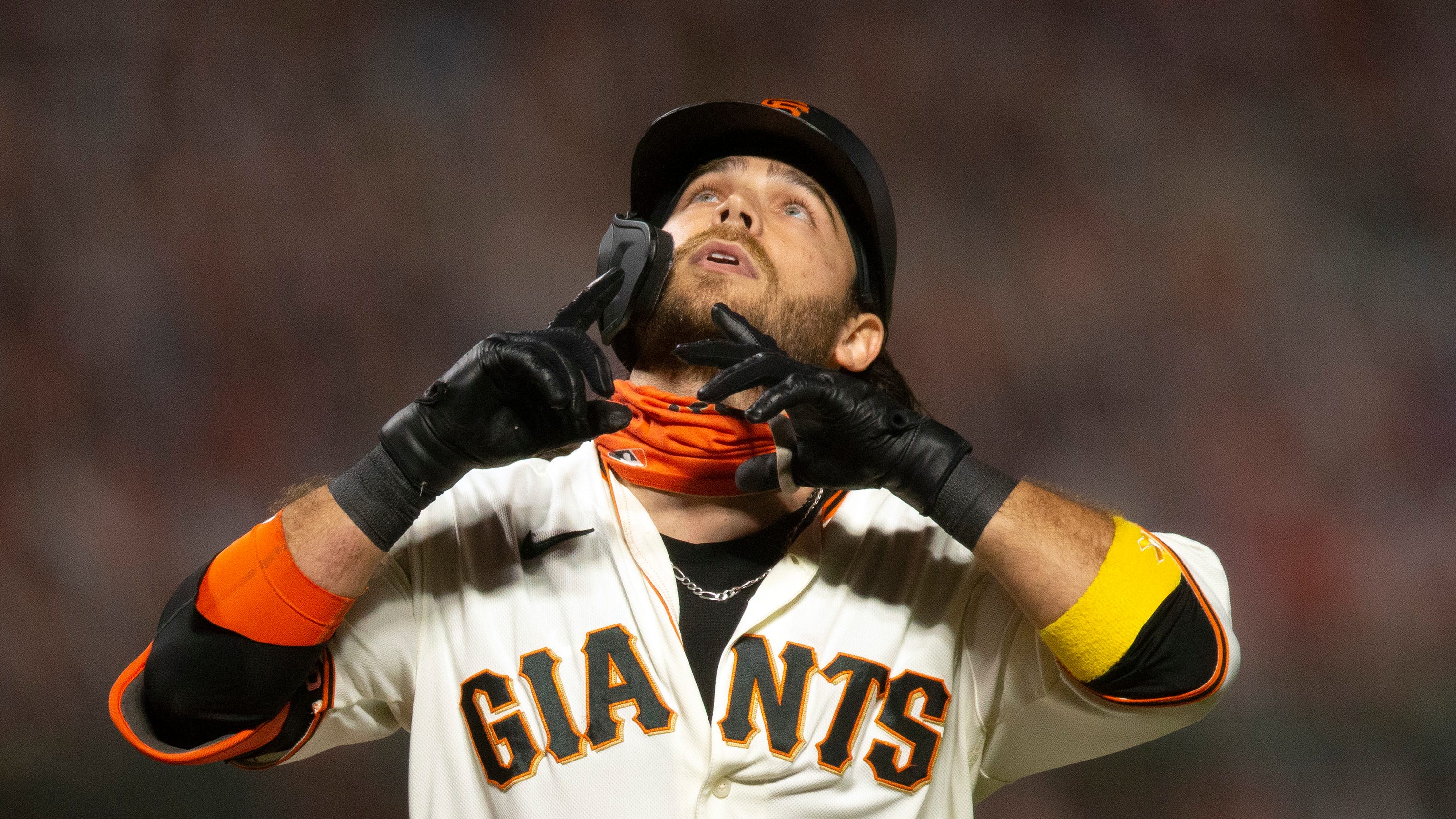 Giants in 2020 MLB playoff hunt, not in the midst of a rebuild

It was the last story I filed from spring training, back on March 12, before the pandemic shut down the sports world.

It was never published due to the events surrounding the pandemic.

Well, 6 ½ months later, with San Francisco Giants (26-27) hanging in the playoff picture – one-half game behind the Philadelphia Philadelphia Phillies for the final wild-card berth entering Tuesday – who would ever imagine their thoughts back on that spring-training day would still be relevant?

There are players in the column who have not been around this season, including All-Star catcher Buster Posey who opted out to protect his adopted newborn twins, but there’s a direct link between the Giants’ March mindset and their September resiliency.

This is a team that was supposed to go down as one of the worst in franchise history, only to have the opportunity to be remembered as one of their proudest.

SCOTTSDALE, Ariz. — They despise the word.

The hate to even utter it.

The sheer implication leaves the sinews in their neck bulging, their eyes smoldering, and their face contorted.

San Francisco, winners of three World Series champions since 2010, have always been the antithesis of the rebuild.

They reload, always willing to trade away prospects.

This is a season in which they could lose 100 games for only the second time in the 138-year history of this proud franchise.

There isn’t a Major League Baseball executive, a professional scout, a website, or a propeller head, who believes they can contend.

And yet, go around the Giants’ clubhouse, talk to their veterans, the ones with the World Series rings, the All-Star appearances on their bubble-gum cards, and they refuse to listen.

“I mean, the goal is not to have that mindset,’’ Giants third baseman Evan Longoria tells USA TODAY Sports. “You can’t come in here with a mentality that it’s a rebuilding a year, a year giving up, mediocrity, the outside low expectations, or whatever you want to call it.

“Everybody in here has experienced success, and nobody wants to go back to being a loser. So our mindset has to be not listening to the critics. Not being happy with being a doormat. If you do that, man, it becomes a long season.’’

The Giants are coming off three consecutive losing seasons. They won just 77 games last year, and it was their best since their last postseason berth in 2016.

Still, at no time during this drought did they ever go into a season not planning to be a contender. They always had hope. They always believed this could be their year, signing free-agent starters Jeff Samardzija and Johnny Cueto one year, swinging a trade for Longoria the next, and always locking up their stars.

It’s those lofty contracts that have prevented the Giants from going into a complete teardown to its studs, and trade clauses that assure All-Star catcher Buster Posey and All-Star shortstop Brandon Crawford can’t go anywhere without their permission, and with only eight teams permitted to trade for Samardzija without his approval.

The Giants are projected to have an opening-day payroll of about $160 million, and still have another $92.077 million tied to Brandon Belt, Posey, Crawford, Cueto and Samardzija, with all but Longoria and Cueto having no-trade provision.

Yet, if a few of their star players start off strong, and pique the interest of contenders, any player could be on the move. Who wouldn’t want to play for a contender in the waning years of their career?

“We’re not idiots, we know the situation,’’ Samardzija says. “We know we have to play well and make a stamp on this season early to give them something to think about come July.’’

Still, the Giants’ veterans insist, they refuse to give up before a single pitch is thrown. Come on, look around the National League. Why, with the exception of the Los Angeles Dodgers, there is no team that’s going to win more than 100 games.

The Giants didn’t give up on their wild-card berth last July when they were longshots, hanging onto ace Madison Bumgarner and All-Star closer Will Smith, so why give up before April?

“In any of the three championship years,’’ Crawford says, “I don’t think anybody picked us to win the World Series coming out of spring training. I mean, were those different teams? Yeah. But I don’t think we ever been favored to win it all.

“Anybody can say what they want about us, a rebuilding year or whatever, but we’re not going into the season thinking it’s a rebuilding year. To get to the postseason and win the World Series, that’s still our goal. That’s still our mindset. We’ve still got a lot of guys in here with winning experience who can help shape the clubhouse culture.’’

Sure, they let Bumgarner leave for Arizona, Smith for Atlanta and Kevin Pillar for Boston, but they still got the band back together, returning Hunter Pence and Pablo Sandoval from their glory days.

“Here’s the thing,’’ says Belt, who is owed $16 million each of the next two seasons. “If we get a little resurgence from the veterans, which we believe will happen, we stay healthy, and the young guys step up, we really believe we can win a lot of a lot of baseball games.

“So really, we’re not concerned with what everybody thinks we’re doing.’’

If anything, Posey suggests, there’s a bit of a fresh outlook in camp with new manager Gabe Kapler and a young, inexperienced coaching staff. Former manager Bruce Bochy, who led the team to their greatest success in franchise history, will be going to the Hall of Fame one day, but perhaps a new messenger, with different ideas, can generate energy.

“Personally, the intensity I feel the camp has right now is up a notch from the past,’’ says Posey, the six-time All-Star and former MVP, who’s still owed $45.8 million over the next two seasons. “This coaching staff is bringing in some different ways to go about things, and it’s nice for guys who have been doing the same things for awhile. It’s a nice feeling.’’

So, hold off the obituaries.

Let the season play out, the Giants plead, and feel free to fire away.

“The expectations are built by you guys,’’ says veteran reliever Jerry Blevins (now a free agent). “You say we’re rebuilding. The front office might think so. But as a player, we feel like we have a championship team here. And if you don’t think you can win, you’ve got your priorities all mixed up.

“You guys have to write a story, that’s your job.

“But we get to write the real story, and that’s what makes it so beautiful.’’

Now, you know the rest of the story, with the Giants writing the script no one believed was possible.