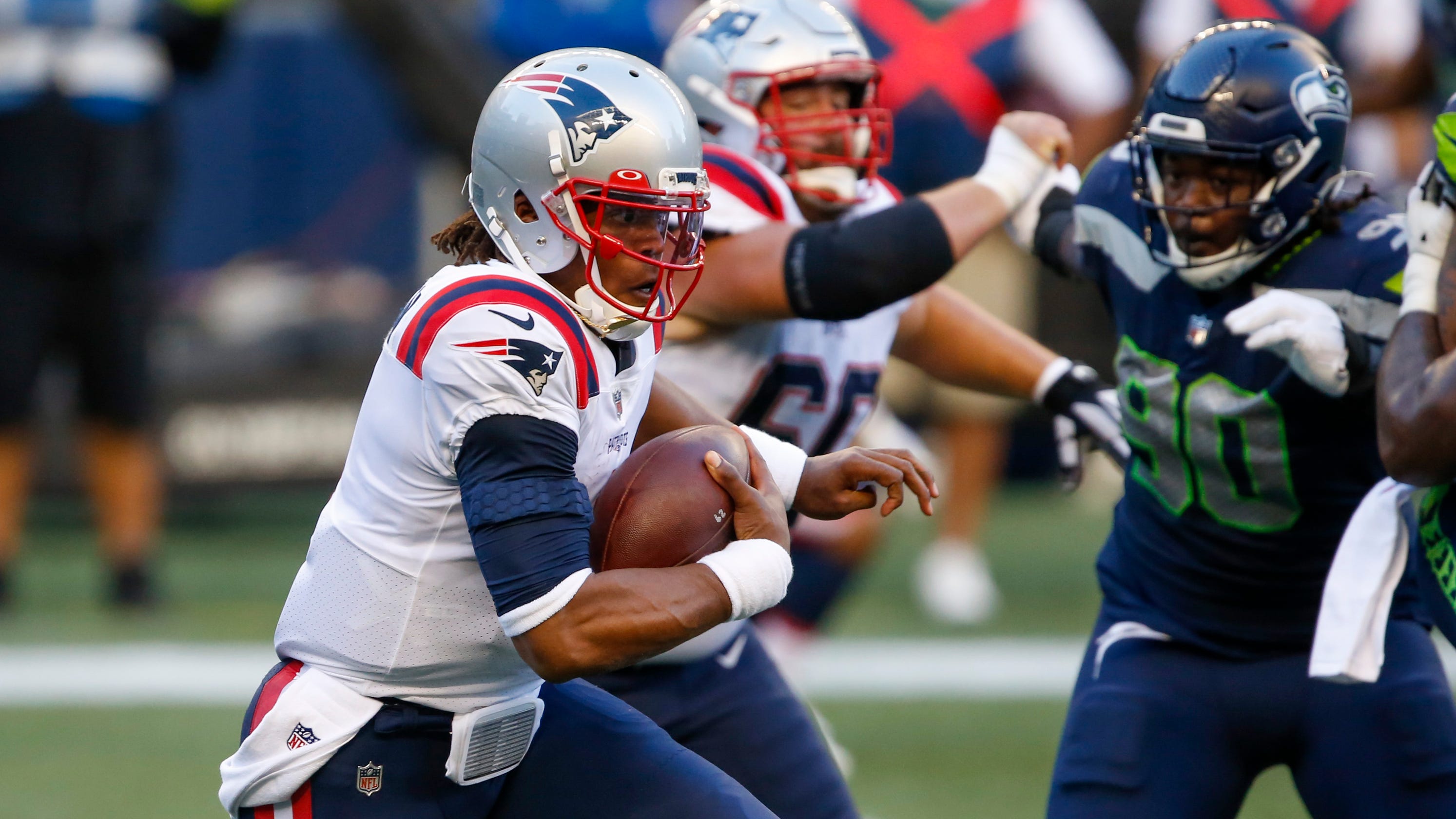 Back on July 2, Cam Newton posted a photo of himself working out on Instagram with a captain that read, “This is not about money for me, it’s about respect.” The post came after it was announced he was signing a one-year deal with the Patriots for the league minimum.

Newton’s deal, which has a base salary of $1.05 million, could be worth up to $7.5 million if he hits all his incentives. That base salary, however, ties the Patriots quarterback for 32nd among NFL quarterbacks. It’s less than the payout for backup quarterbacks Nate Sudfeld, Chad Henne, Chase Daniel, Case Keenum, Matt Barkley, Matt Schaub, AJ McCarron, Robert Griffin III and Marcus Mariota.

It’s taken Newton all of two games with the Patriots to show he’s certainly better than his current contract indicates. However, when asked about his contract on WEEI’s Greg Hill Show, Newton said that money still doesn’t matter to him.

“Surprisingly but true and factual enough, if I do what I am supposed to do, as I am expecting to, that will not be a topic of discussion here moving forward,” Newton said. “Like I said, you’re talking to a person who — money at this particular point in my career is not important, right? Let’s be honest, I’ve made money. But for everything I play this game for, I haven’t received yet. And that’s why I’m playing. It’s not about money, it’s about respect.

“And especially going back to the negotiating table when this opportunity presented itself, I didn’t want to keep going back-and-forth, this and that. I said, ‘Listen, let’s get the deal done. Let’s do it.’ For all that it’s worth, it’s going to play dividends moving forward. I do believe this: a wise man once said, and that wise man is my father, ‘All blessings do not come in financial means.’ Just because you have money and do that, blessings come in many different forms than that. For me, if I do what I am supposed to do, everything else will take care of itself.”

NFL POWER RANKINGS: A new No. 1 emerges after Week 2

Following nine seasons in Carolina, Newton made over $121,000,000 in his career before coming to New England. He accepted the deal he did with the Patriots, in part, because it was late June and the only offer on the table after a tough offseason where he saw other quarterbacks cash in bigger deals than him. Teddy Bridgewater, Phillip Rivers, Keenum, Mariota, Daniel, Jeff Driskel, Andy Dalton and Colt McCoy all signed for deals worth more than the league minimum.

If Newton continues this pace, he’ll certainly enter the offseason as one of the best quarterbacks who could reach the open market. For comparison, the Tennessee Titans’ Ryan Tannehill signed a four-year, $118 million contract extension in the offseason. That came after Tannehill was named the NFL’s Comeback Player of the Year. If Newton keeps up this pace, he’ll certainly be a leader for that award and a big contract.

When asked if he would re-sign with the Patriots for less money, Newton said he truly wasn’t focused on the contract situation.

“You must understand, that is literally the last of my worries and if we had to put an analogy in it, that is under so much work at my desk that I am not really too much focused on it,” Newton said. “I do admire and love the culture of the Patriots. It’s been a place for me that has been therapeutic. This is a place that has been rather challenging for my growth and is making me better. And also, it has been a place that has given me everything for my needs at this particular time in my life.

“Through it all, I am going to let the cards shuffle the way they shuffle and do the things that I can control.”