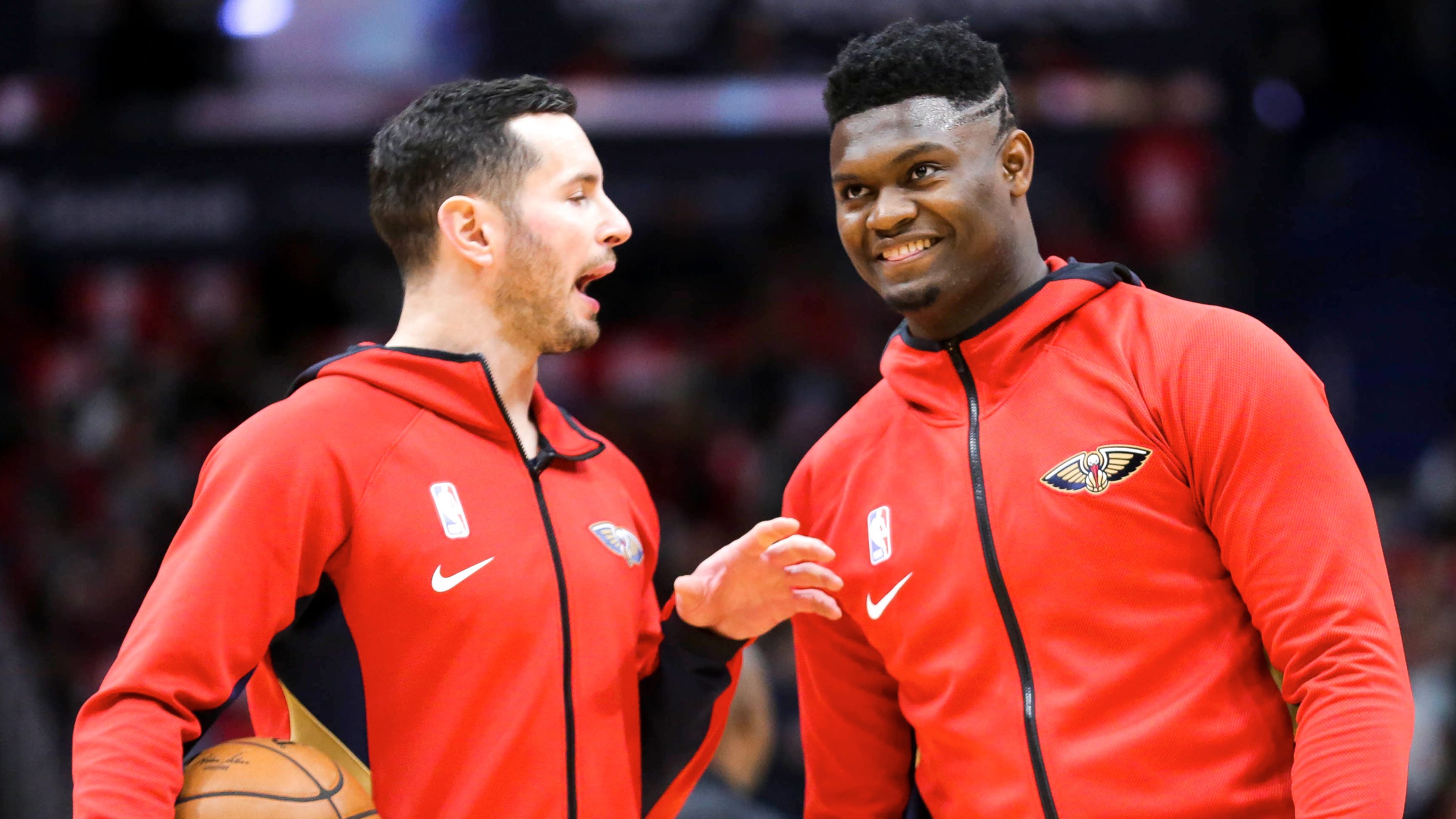 Following a Game 2 buzzer-beater to secure the win, it’s evident why the Lakers put forth every effort to bring Anthony Davis to Los Angeles.

The footage went viral instantly, and why not? The image perfectly captured J.J. Redick’s varying emotions over the New Orleans Pelicans’ struggles in an eventual double-digit loss to the Los Angeles Clippers on Aug. 1.

As the Pelicans nursed a 23-point deficit toward the end of the first half, Redick looked angry, exasperated and confused.

“In that moment I was thinking to myself, ‘What the hell am I doing here?’ ” Redick told USA TODAY Sports. ” ‘Why am I even here? This is not that important.’ “

Redick had those thoughts because of concerns about the coronavirus pandemic, protests about systemic racism and the time away from his family inside the NBA bubble in Florida. But the moment also captured the Pelicans’ underachieving season. They failed to make the postseason despite having an entertaining rookie (Zion Williamson), the NBA’s Most Improved Player (Brandon Ingram) and an emerging point guard (Lonzo Ball).

Q&A PART ONE: Redick on virtual wine tasting and life in the NBA bubble

Q&A PART TWO: Redick on being an ally in fight against systemic racism

In part three of a Q&A with USA TODAY Sports, Redick talked about the Pelicans’ season as well as how long he wants to play following his 14th NBA campaign. In part one, Redick talked about Acker Wines’ virtual tasting series, “All-Stars Uncorked,” which will begin Tuesday at 8 p.m. ET through Zoom. In part two, Redick spoke about the NBA using its platform to address systemic racism. The Q&A below has been edited for length and clarity.

What’s your read on why the Pelicans didn’t make the playoffs?

Redick: “We had a consistent stretch from the week before Christmas for about a month or so. Then we were basically a .500 team after that. Then the season ended. We never really got into a rhythm in the bubble. Certainly Zion having to leave with his family, we weren’t able to get into a rhythm as a team. We also had our opportunities in the bubble. We had a couple of games that we didn’t close out. (Pelicans executive vice president of basketball operations) David Griffin said, ‘Success in the bubble is going to be predicated on who actually wants to be there the most.’ I’m not knocking our team. But if you look at the four teams in the conference finals, those are the teams that for the most part wanted to be there. We really embraced this. You’ve certainly seen that with Miami. It seems like those guys were built for this environment.”

To clarify, to what extent did you sense the “wanting to be there” being an issue with the team?

Redick: “Well, we’re a young team. There’s a certain level of professionalism that we all still are learning. We had some games where we didn’t compete hard enough. That was really disappointing. I thought from a talent perspective and a depth perspective, we were a playoff team this year. So not to reach your potential as a team, you have to be disappointed in that. You obviously have to self-reflect and self-grade with how could I have been better. Down the line, each guy has to do that.”

Where do you think the Pelicans go from here given Alvin Gentry was let go as head coach and the young core’s potential?

Redick: “I would expect us to compete for a playoff spot next year. There’s room to grow. Even for a guy like Brandon Ingram, who won Most Improved Player and was an All-Star this year. He has such a strong desire to be great and to be one of the greats. I know he’s going to keep working and keep learning and keep getting better. I would expect Zion to be hungry and in shape. Lonzo had a three-month stretch where he was unbelievable with 15 points a game, seven or eight rebounds per game, seven or eight assists per game and shooting 40-something percent from 3. We get that consistency from him through the course of a season, he’s an All-Star level player and a huge difference maker for us.

“You have to build around those three guys and everybody else will continue to develop and get better. Those three guys are going to be the leaders and headliners for the team going forward. They have a lot of potential and excitement.”

What jumped out to you with their growth through the course of the season?

Redick: “Each guy is different. But the disposition of having Brandon be that go-to scorer and he came in hungry. You could see it right away with the talent. He took almost every big shot for us last year. He hit some game-winners and had some monster games where he carried us down the stretch. Lonzo, I think you saw his growth as a player and a person. I saw a lot of growth as a leader this year. Then for Zion, again, I think it’s about consistency, being in the lineup and being available and being in shape. His skill level and his talent is an anomaly. There’s not many people in the history of the game that are able to do what he does with his size. For him, there’s no ceiling on what he can become as a player.”

There’s so much uncertainty on when next season will start and how it will look, but what’s on your itinerary for the rest of the offseason?

Redick: “This offseason is probably going to be a little longer than most. But I just looked at the calendar the other day. I plan out my entire offseason in terms of training. In a normal offseason, I usually get 11 weeks of basketball work. So I’m going to start that first week in October. That will take me to the week before Christmas. We’ll see if we’re in camp then or getting ready to fire up for camp. But I’ll take a little time off for Christmas. Then hopefully we’re going to be right around the corner from starting up. But obviously there are a lot of variables here.

“Another thing, I get to walk my kids to school every day and spend time with them on the weekends and enjoy the fall. I’m probably going to have Thanksgiving at home (in Brooklyn) with them this year, which will be a first. So there’s plenty to be excited about. The podcast is keeping me super busy, so we’ve been cranking out basically three hours of content every week, about an hour and a half each episode. That’s keeping me busy.”

How many more years do you want to play?

Redick: “I realized this year I want to keep playing as long as possible. My goal is to play four more years. Year 18. That’s my goal. I’ll play to 39. Then my offseason, I’ll turn 40 and then I can walk away at that point. That’s my goal. We’ll see. The body has to hold up. But we’ll see.”