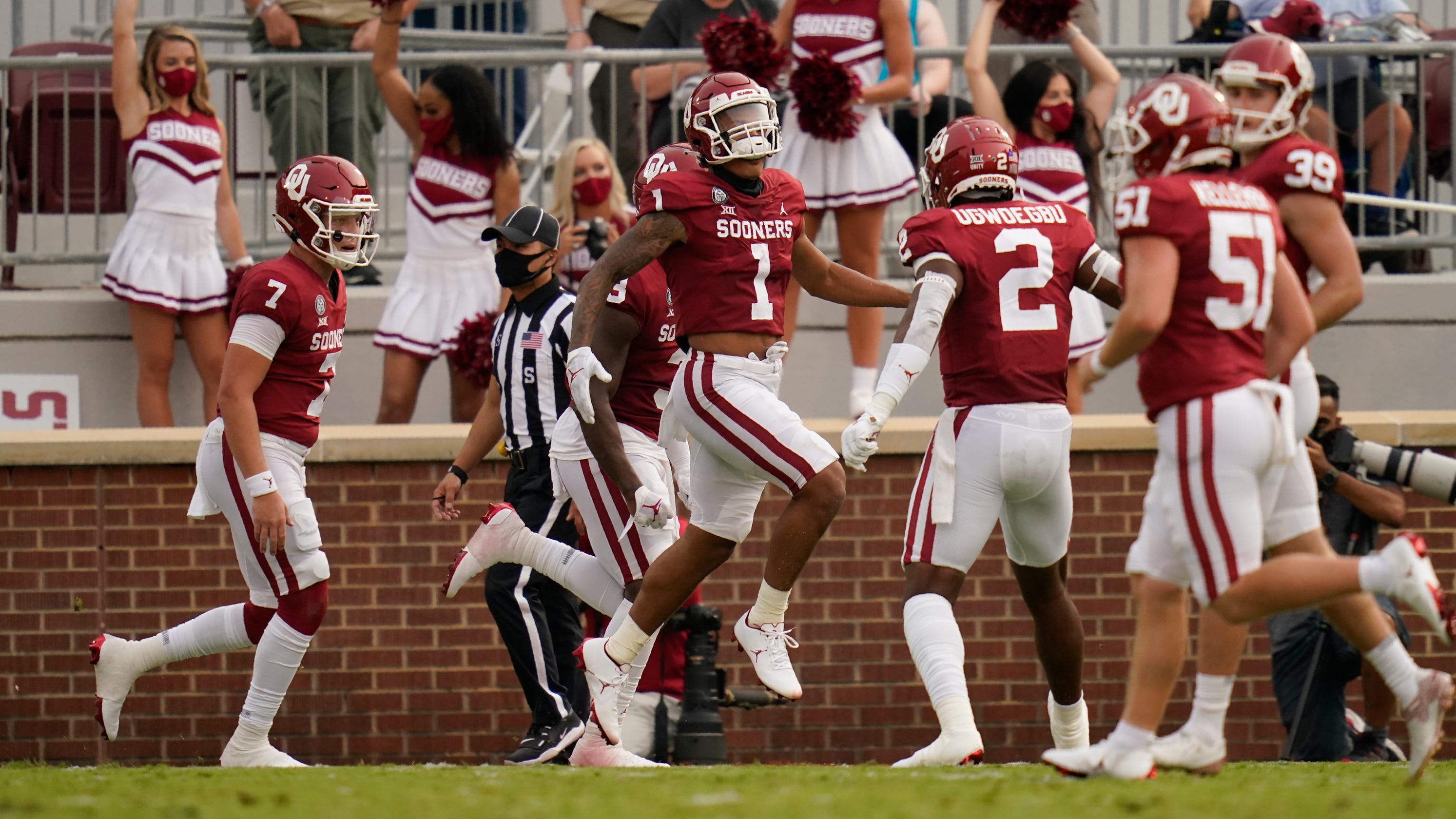 Oklahoma wasn’t the only team that went down to the wire on whether it would play its season opener.

Kansas State coach Chris Klieman said his team was the same way before its season-opener against Arkansas State two weeks ago.

“Honestly we were waiting for the test Friday at 5 o’clock to push us ahead from one of the threshold positions — whether that’s O-line, D-line or quarterback — that we could play,” Klieman said Monday ahead this weekend’s game between the Wildcats and the No. 3 Sooners.

While Oklahoma has not released football-specific COVID-19 testing data in recent weeks, the athletic department did release its overall testing numbers for the first time since August.

Those numbers painted an optimistic outlook, with just more than 1% of the overall tests coming back positive last week — a significant decline from the previous two week’s numbers, according to the release.

But for Oklahoma, Kansas State and all other teams in college football, contact tracing has been just as much of a concern as positive tests.

HIGHS AND LOWS: Winners and losers from Week 3 in college football

WHAT WE LEARNED: Week 3 revealed truths about Navy, Big 12, Miami

A player who has close contact with someone who tests positive has to be held out for two weeks before returning. Guidelines from the Centers for Disease Control say contact tracing is done for individuals who have spent 15 or more minutes around someone who tested positive for COVID-19 or is probable for the disease and those individuals should quarantine for 14 days from their last exposure to the positive individual.

That can lead to a roller coaster for coaches, as Klieman pointed out Monday.

The Wildcats were without about 40 players for their opener.

“We were excited because we were able to get 12 kids back on Monday after that game,” Klieman said. “Lo and behold, we’ve lost probably another 10 to tracing or a positive (test) over the past week so you take two steps forward and you end up taking a step-and-a-half or two back.”

Klieman, like Oklahoma coach Lincoln Riley has said several times recently, said he’d be holding his breath this week as his team went through testing Wednesday and Friday.

The team went through the first of their three weekly tests Sunday.

“We meet those thresholds to play as of today. I hope we can still meet them on Wednesday and Friday,” Klieman said. “Whether we’re down guys or not, our guys want to play, but we also have to make sure that it’s safe for the guys that are out there.

“And I know everybody is kind of waiting on a day-to-day basis and that’s the tricky part that all of us are dealing with.”

Riley said Oklahoma would be in communications with opponents on where they stood testing-wise.

“The way I’ve understood it is, if we feel like we’ve got any potential issues for being able to play the game, then we’ll try to communicate those to a conference opponent and all that as soon as we possibly can,” Riley said.