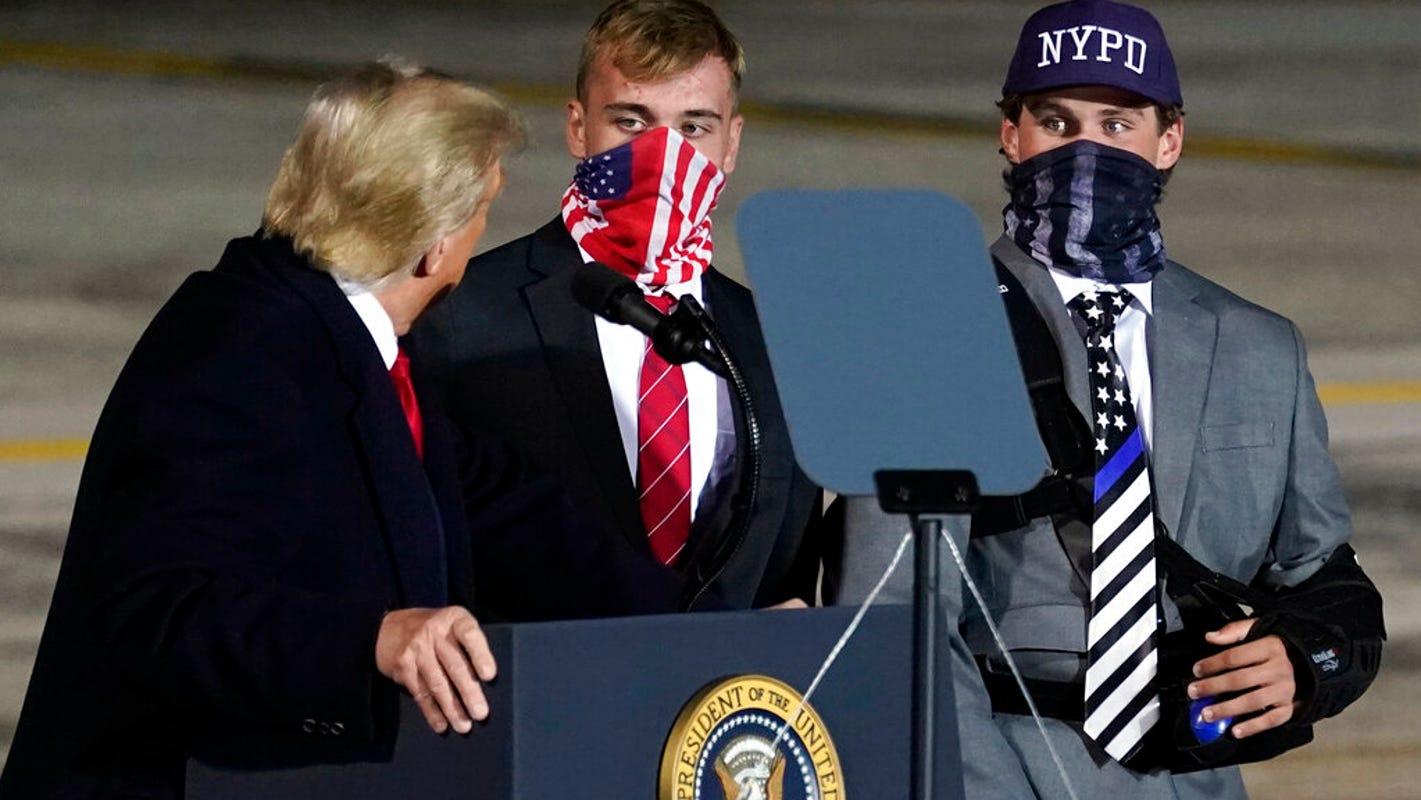 Trump introduced the two students, cornerback Brady Williams and linebacker Jared Bentley, by talking about the need to support police officers, according to a C-SPAN video of the Monday rally.

“We have to give them back their dignity,” Trump said of law enforcement. “We have to let them do their job.”

“They became more famous than President Trump,” said the president. “They were beautiful, I watched them running through the crowds with those flags.”

President Donald Trump brings two football players from Little Miami High School who were suspended for a short time for carrying flags that showed support for law enforcement at the start of a game on Sept. 11, onto stage as he speaks during a campaign rally at Eugene F. Kranz Toledo Express Airport in Swanton, Ohio. (Photo: Alex Brandon, AP)

Before Little Miami’s game on Sept. 11, two players ran onto the field carrying those flags.

Williams and Bentley were initially suspended from the team for carrying the flags after being told not to do so. They are the sons of a police officer and firefighter. The suspension was lifted the next day, after backlash that included a petition signed by thousands and a tweet from the president’s son Donald Trump Jr.

On Monday night, Trump introduced Bentley and Williams by name at a rally outside of Toledo. He waved his hands and told them to come up on stage.

Trump asked how their football team was going.

One of the young men answered, “could be better.”

Trump said “good luck” as they walked off the stage and called them “good guys” twice as the crowd at the rally erupted into chants of “USA.”

“So Jared and Brady, thank you for supporting the heroes in our law enforcement,” Trump said.