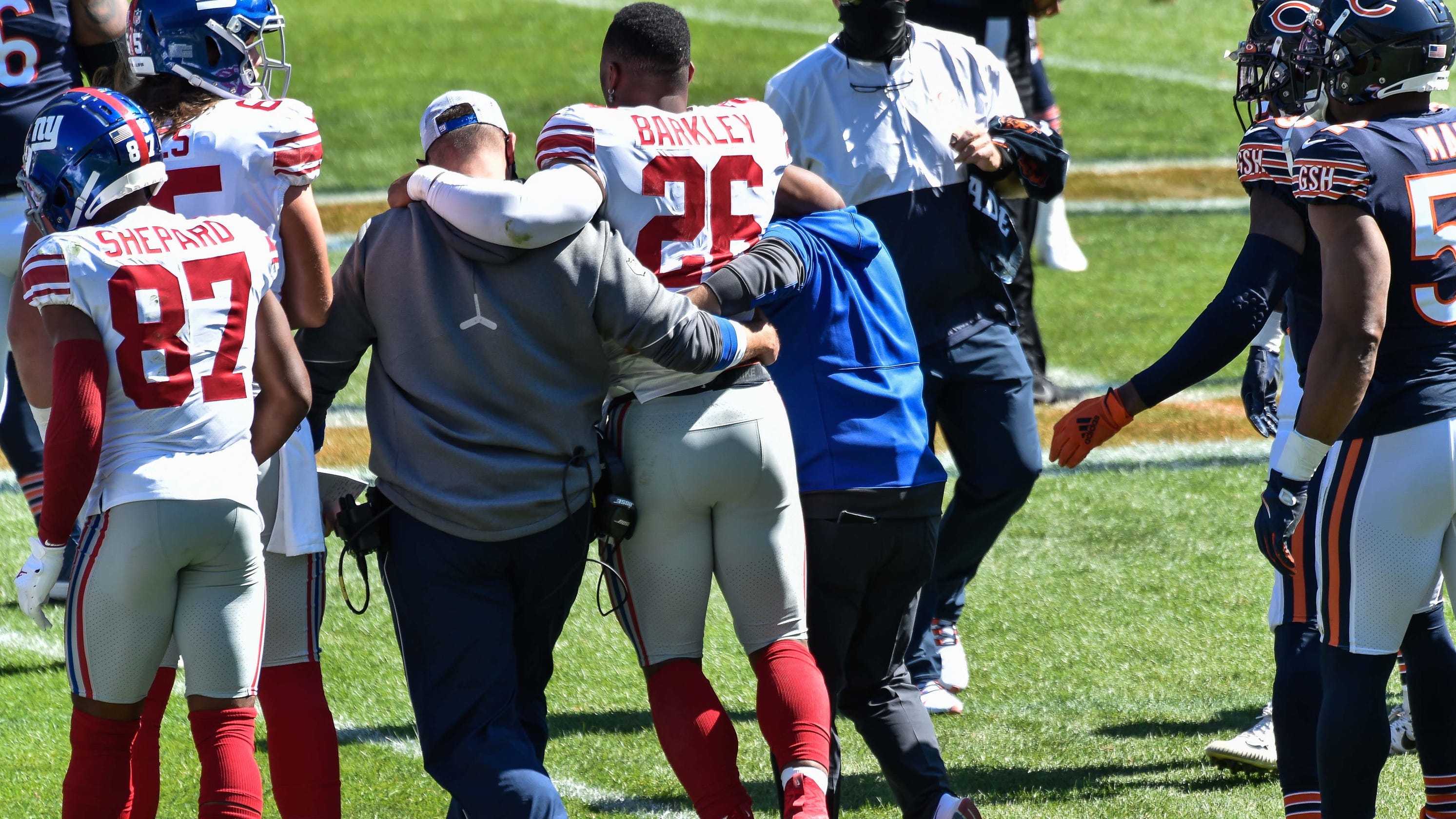 Week 2 in the NFL was particularly brutal for injuries, with several key contributors and stars suffering season-ending ailments.

On Sunday, at least six players tore their anterior cruciate ligaments, or were feared to have torn them, as of Monday afternoon. These injuries, along with the others  that happened in Week 2, likely derail – or at least significantly affect – each team’s chances of competing for the playoffs.

Some teams were luckier than others. Here’s a look at the teams hit hardest by the injury bug through the first two weeks of the season.

OPINION:Rash of serious injuries a sign of things to come when NFL expands to 17 games? 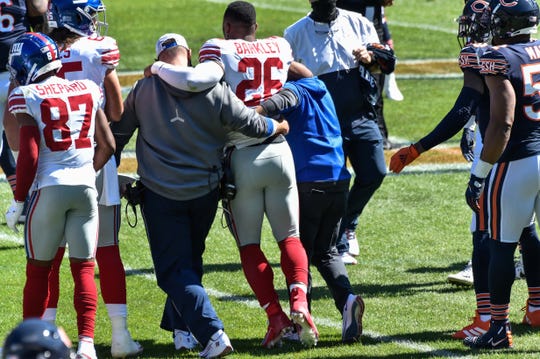 Saquon Barkley is helped off the field after suffering an injury during the second quarter against the Chicago Bears. (Photo: Jeffrey Becker, Jeffrey Becker-USA TODAY Sports)

Without question, no team has had it worse than the 49ers. Consider this: Nick Bosa, the reigning defensive rookie of the year and budding star pass rusher, and defensive end Solomon Thomas, likely both tore their ACLs Sunday in a victory against the Jets. Quarterback Jimmy Garoppolo sprained his ankle and might miss time. The team’s top two running backs, Raheem Mostert (MCL sprain; out for Week 3) and Tevin Coleman (knee sprain; likely to miss several weeks), also both went down against New York. All-Pro tight end George Kittle suffered a knee injury in Week 1 and might return for Week 3’s game against the Giants.

No team has more starters and second-stringers on the mend, and this long list significantly diminishes San Francisco’s chances to repeat as NFC champions. In fact, in a stacked NFC West, in which there’s very little margin for error, this could threaten to knock the Niners completely out of the playoff chase.

On top of already having star edge rusher Von Miller likely to miss the entire season after he required ankle surgery, the Broncos got some more rough news Sunday.

Quarterback Drew Lock suffered a sprained AC joint in his throwing shoulder in a loss against the Steelers. Coach Vic Fangio said Lock is going to miss anywhere from three to five weeks.

“When it’s your throwing shoulder it’s going to take time to heal it. It’s got to calm down, get his strength back and he can operate at a hundred percent,” Fangio said Monday.

Then, as if things weren’t bad enough, Fangio said top receiver Courtland Sutton, who was looking to build on a breakout season, suffered a torn ACL and will miss the season. This is devastating not only because it drastically hinders its shot to compete for a potential wild card spot in the AFC, it could delay Denver’s timeline in assessing whether or not Lock can truly be the team’s long-term passer.

While the Giants don’t have the volume of injuries like the teams above, they’re on here just because of what their biggest loss means to the team. Star running back Saquon Barkley, easily the team’s most dangerous weapon, will miss the entire year with a torn ACL, the team confirmed Monday.

The team’s receiving corps had also been banged up, and Sterling Shepard was forced out of Sunday’s loss against the Bears.

Barkley, 23, had struggled to get going this season, rushing just 19 times for only 34 yards. But he was going to be the best chance for a New York roster that has several holes and lacks star talent to keep this season respectable. This also complicates how the Giants’ brass, including rookie coach Joe Judge, can evaluate second-year passer Daniel Jones. With Barkley absent and unavailable to take pressure off of Jones, teams can focus on generating pressure on Jones to throw off New York’s timing.

Another team who lost a couple of starters Sunday, the Colts lost safety Malik Hooker (torn Achilles) and receiver Parris Campbell (knee) in a victory against the Vikings.

For Hooker, it might be his final Colts snap. The team declined Hooker’s fifth-year option and he is set to become a free agent. After having a promising start to his career in Indy, various serious injuries, including a torn ACL in October 2017, Hooker has a lengthy recovery ahead and the Colts will need to figure out their long-term plan in the secondary.

Campbell will miss significant time after he was carted off the field with a knee injury.  For the second-year pro, it’s the latest setback after he saw his rookie season cut short to seven games after dealing with sports hernia surgery, a broken hand, a fractured foot and a hamstring injury. And, in the season opener, the team lost starting running back Marlon Mack to a torn Achilles.

Their impressive 35-30 victory against the Patriots, didn’t come without some costs. Namely, two defensive contributors went down with season-ending injuries. Pass rusher Bruce Irvin (ACL) and safety and nickelback Marquise Blair (knee) both left Sunday night’s game. On Monday, coach Pete Carroll confirmed that both will require surgery and miss the remainder of the season.

Receiver Phillip Dorsett has been dealing with a lingering foot issue, defensive end Rasheem Green missed Week 2 after suffering a pinched nerve in the opener against the Falcons.

The Seahawks have plenty of talent and an excellent culture that should see them overcome these injuries. But as a potential Super Bowl contender, the team might look to make some midseason additions to mitigate the losses.