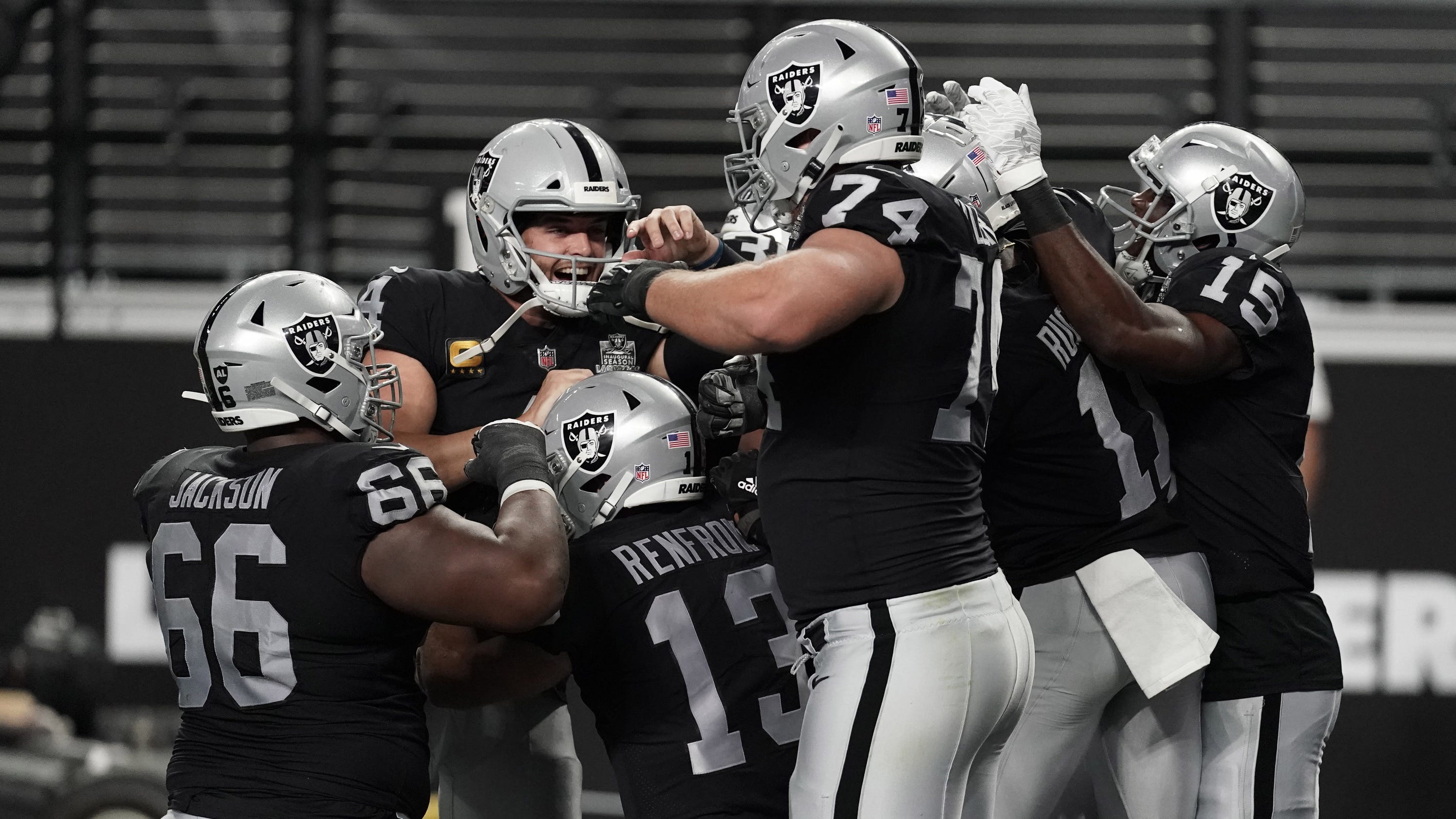 Even better, they upset the New Orleans Saints, 34-24, to remain perfect.

What were the odds that Jon Gruden’s team would overcome two 10-point deficits in the first half to topple a projected Super Bowl contender?

Not so good, even at one of the casinos in the vicinity.

Yet with quarterback Derek Carr playing a poised, flawless game that was balanced by a potent rushing attack led by Josh Jacobs, the Raiders (2-0) served notice that they are eager for some new results in their new digs.

Carr completed 28 of 38 passes for 282 yards with three touchdowns, while Jacobs rushed for 88 yards on 27 carries. Tight end Darren Waller was the favorite target, garnering 12 receptions for 103 yards with a score.

The game was clinched, though, with Daniel Carlson’s 54-yard field goal with 1:05 remaining.

Maybe Raiders owner Mark Davis was right. At least for one night. Davis calls the new football palace “Death Star” – as in the place where opposing teams perish.

Three other things we learned from the Raiders’ big victory:

1. Build it and they will come — Although fans won’t be allowed to attend games at Allegiant Stadium all season, that didn’t stop a few dozen members of the Raiders Nation from showing up to christen the new home on Monday night – including one couple who parked outside the stadium with a portable TV, table and chairs. It wasn’t quite like the tailgating scene at the Oakland Coliseum parking lot, but there were a few zany characters dressed in Raiders garb, horns honking from cars with Raiders flags mounted atop and people singing, “Raaaaid-ers!” in unison.

2. The absence of Michael Thomas is glaring — Never mind the next-man-up business. You can’t take the NFL’s leading receiver out of a prolific offense and expect the unit to keep rolling along as if nothing happened. Without Thomas, sidelined by a high-ankle sprain, the Saints and Drew Brees had trouble maintaining consistent rhythm. And when a handful of Brees’ passes hit the turf because of drops, the lack of a sure-handed go-to target really hit home. Alvin Kamara is dangerous in space, Emmanuel Sanders is a crafty veteran and Tre’Quan Smith is emerging. But they are all better when Thomas is in the mix drawing extra attention from defenses.

3. Carr might have even pleased the Boo Birds in the Black Hole — When the oft-maligned quarterback played his final game in Oakland last season, he was booed lustily by some of the Black Hole patrons after the Raiders had a second-half meltdown in losing to Jacksonville. Well, if there was a Black Hole on Monday night, they would have loved Carr for keeping his cool amid double-digit deficits in the first half. Not only did Carr throw for the three scores without a turnover, he played smart football. In short, he looked a lot more comfortable in Gruden’s offense than we’ve seen in the past.