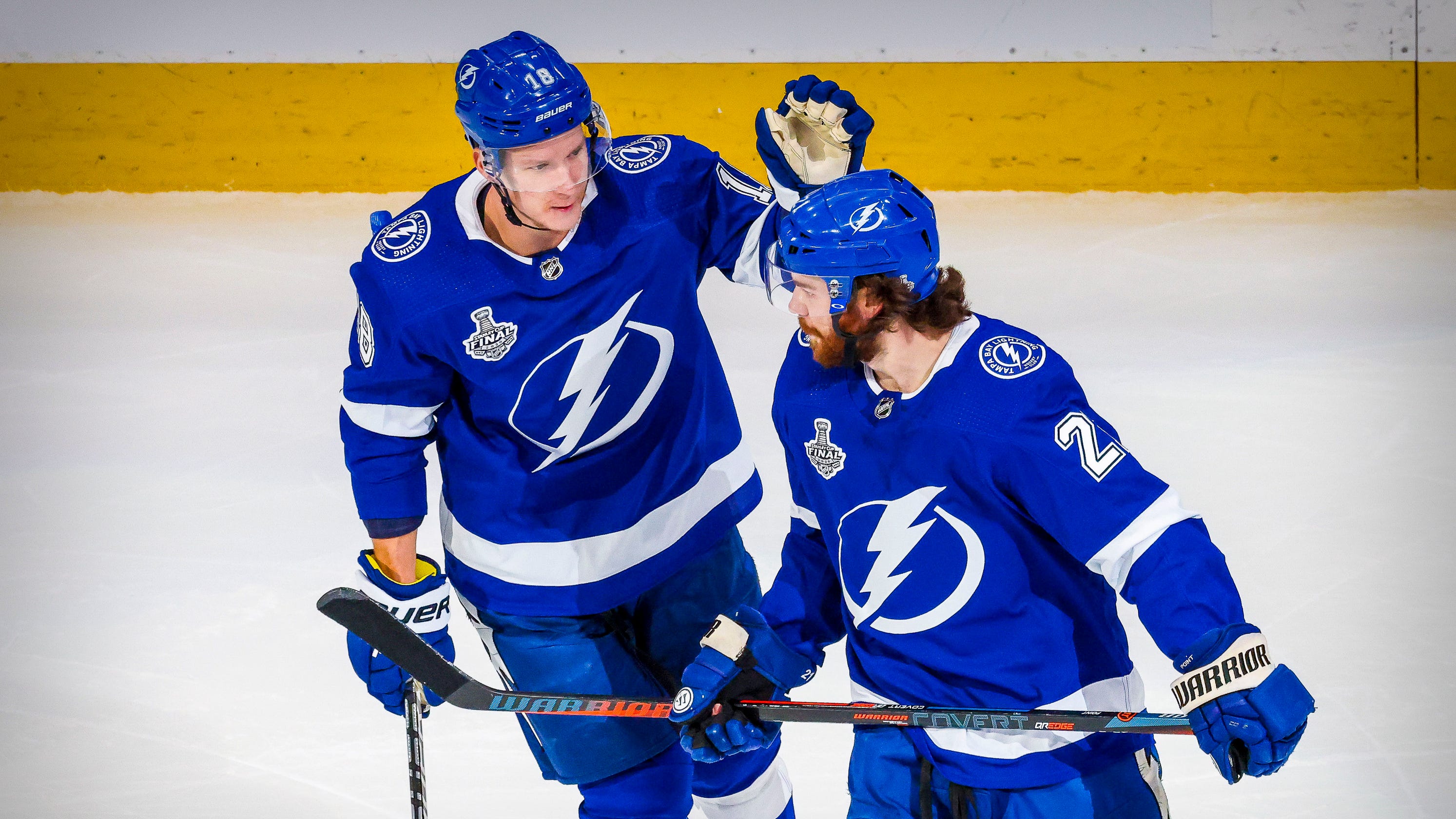 The Tampa Bay Lightning thought they would be able to build on their 22-2 shot advantage in the third period of their Game 1 loss to the Dallas Stars.

They did that and more, building a 3-0 first-period lead on the way to a 3-2 win Monday night that evened the best-of-seven Stanley Cup Final at one game apiece.

In the process, they got their power play and star players on track and finally solved goaltender Anton Khudobin. Brayden Point, Ondrej Palat and Kevin Shattenkirk scored in the first period and Nikita Kucherov had two nice assists before the Stars made the game close.

Game 3 is Wednesday night (8 p.m. ET, NBCSN) in the Edmonton, Alberta, bubble with the Stars as the designated home team.

The Lightning scored first in the game after giving up the first goal in their last six games. They also got two power-play goals in the first period after scoring once in their previous 18.

Credit Kucherov for that. He made a great pass to Point for the first goal. On the second goal, he faked a shot and passed to Ondrej Palat, who shot before Khudobin could get over for the save.

Though Khudobin gave up three goals in the first, the first went off his defenseman, the second was the great pass and the third was through a screen. He came out for the second period as the Stars turned around their play.

Joe Pavelski got Dallas on the scoreboard with a power-play deflection of a John Klingberg shot. It was his 58th career postseason goal, tying him with Mike Modano for second most by a U.S.-born player.

Dallas has arrived! Pavelski re-directs the puck into the Bolts net to pull Stars back within two goals. pic.twitter.com/TJYQ05xxju

Klingberg picked up a second assist in the third period with a pass for a Mattias Janmark tap-in that made it 3-2.

Lightning defenseman Mikhail Sergachev appeared to put his team up 4-2 in the third period, but Dallas coach Rick Bowness challenged the goal. The on-ice officials ruled that Blake Coleman was offside and waved off the goal.

Kucherov had to leave the game briefly after the physical Stars roughed him up in the first period. He was knocked down by a hard hit from Dallas captain Jamie Benn, was high-sticked by Janmark and slid hard into the boards and was hit by Jamie Oleksiak. That sent him to the dressing room, but he was able to return.

#GoBolts Nikita Kucherov to the dressing room after this play pic.twitter.com/w1GaMggqVC

Stars checking forward Blake Comeau went to the dressing room after a hit from Lightning defenseman Ryan McDonagh in the second period. He was determined to be unfit to play and didn’t return.

#GoStars Blake Comeau to the room after this hit by #GoBolts Ryan McDonagh pic.twitter.com/lCjD10uMFW

They had played a lot of overtime in this postseason, and there are back-to-back nights coming up in Games 4 and 5. In the last round, the Lightning were down to nine forwards after an Alex Killorn ejection and Point injury in Game 2 against the New York Islanders.

Physical defensemen Luke Schenn and Zach Bogosian sat out Game 2, and defenseman Jan Rutta played for the first time since the second round. Forward Carter Verhaeghe got into the lineup.