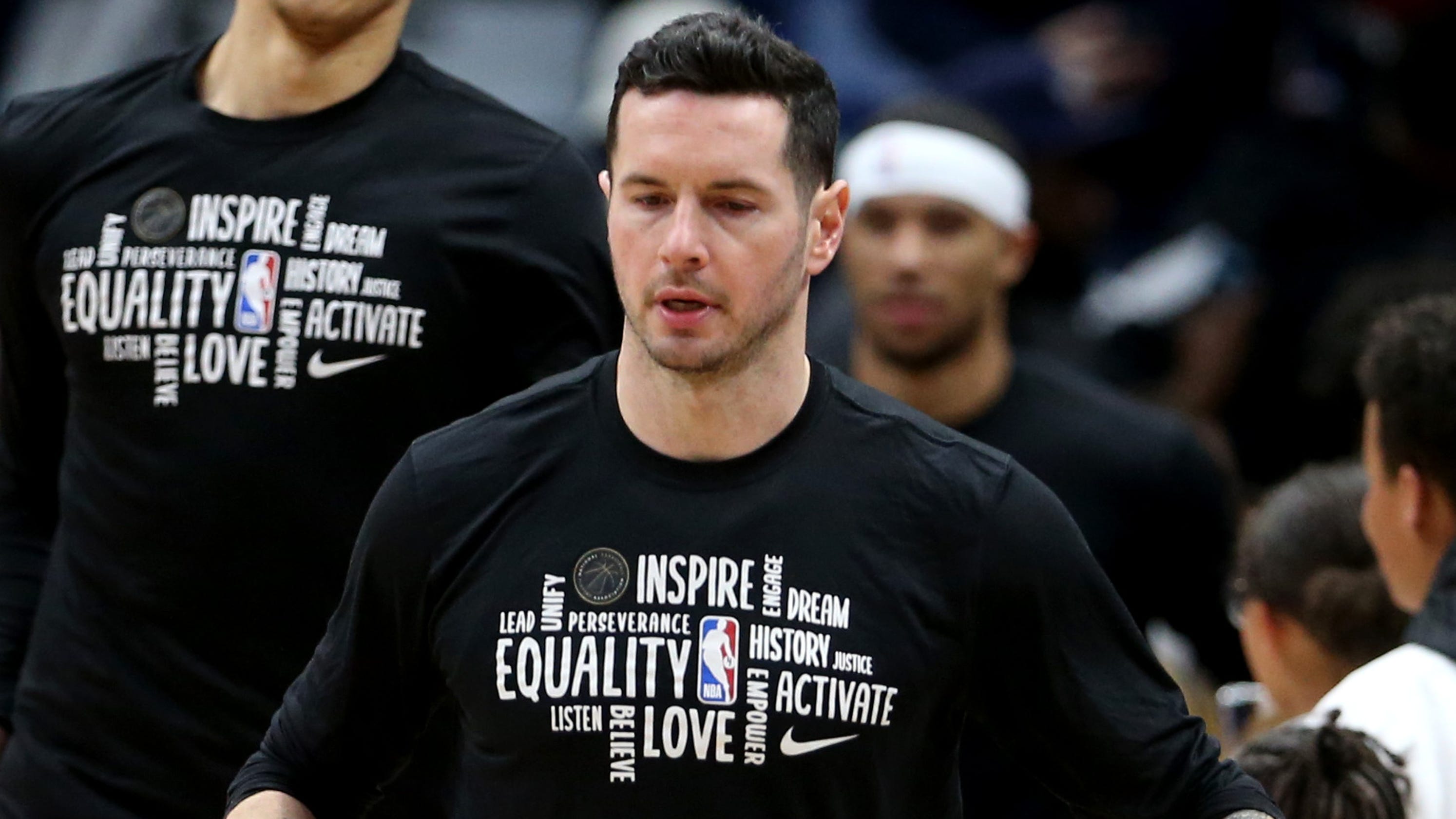 Being ally in NBA efforts to address systemic racism

Instead of speaking out on systemic racism, New Orleans Pelicans guard J.J. Redick often figured it would be best just to shut up and listen.

Redick has not shied away from the NBA and its players’ efforts to address racial inequality with words and initiatives. He has supported it. As a white player that has had different life experiences, though, Redick has remained aware of when it is best to be a supportive teammate and when to stay on the sideline.

Redick talked about that issue with USA TODAY Sports in part two of a Q&A that also delved into how the NBA has used its platform to spark change and where things go from here. In part one, Redick talked about Acker Wines’ virtual tasting series, “All-Stars Uncorked,” which will begin Tuesday at 8 p.m. ET through Zoom as well as the perks and challenges of being in the NBA bubble. The Q&A below has been edited for length and clarity.

How did you weigh whether it was the right thing to do for the NBA to have a season?

Redick: “I think it was the right thing to do, and still think it is the right thing to do. But it was good to have that reset so people could express emotions and be able to have conversations with the league, have conversations amongst ourselves and have conversations with the owners. That was important. I do think not enough is being made about the actions that players have taken to help combat some of these issues and to help create change. You look at the “More Than a Vote” initiative that LeBron James is doing and what he’s been able to accomplish in just two months in terms of creating multiple polling stations.

Q&A PART ONE: Redick on virtual wine tasting and life in the NBA bubble

“Malcolm Brogdon launched a fund while in the bubble. Chris Paul, D-Wade and Melo launched a Social Change Fund in the bubble. The league announced it would be providing $300 million into a fund for the next 30 years to invest in Black communities. There are a lot of things happening. I made a big deal about this on my podcast when I talked to Mark Cuban about Jared Kushner coming out and saying something about LeBron and how he wished these players would focus more on actually solving the solution than complaining. I’m paraphrasing. But the reality is we’re doing things to help solve these problems. Our elected officials are not doing enough. The impetus and onus is on active athletes to help create change. It’s nonsensical. I said this on the podcast: I’m so proud of our league, my peers and what we’re doing and what we stand for.

“It’s fun to speculate on free agency. It’s fun to speculate on trade rumors. It’s fun to have things go viral with memes. It’s fun with the pettiness with NBA twitter. It’s this world of pettiness, and it’s fun to talk about and debate these things on ‘First Take’. I get that. But this has been going on for years, if not decades in the NBA where guys are really involved and really giving back, not just their resourcesbut their time, attention and their focus on a lot of these things. Truthfully, it doesn’t get highlighted enough because it doesn’t provide clicks. You can’t make clickbait off Jrue Holiday donating $5.3 million and his remaining game checks. There’s nothing to clickbait on that.”

With how supportive you have been with the league and other players’ efforts with speaking out on systemic racism, as a white player, how have you approached that role knowing your life experiences are different?

Redick: “It’s never easy. But I’m comfortable having difficult conversations because I’ve been having these conversations pretty much my whole life since I started playing basketball. I think in some ways, that is an advantage that I have. I have been exposed to different people and different backgrounds. I’ve played basketball in Argentina, Mexico and China three times, as well as in Greece, England and France. I played basketball all over the world, and it has exposed me to all sorts of people. I’ve had conversations since I was 11 or 12 years old.

“There’s always a fine balance. There are certain people that want to be that ‘white savior’ and they have that ‘white savior complex.’ But a lot of times, you need to speak where you need to speak and listen when you need to listen. There’s a balance to that. That’s what I try to do. I think going back for the last 10 years since I started speaking at all about any issue, my peers know I’ve always been an advocate for my peers and I’ve always been an advocate for the things we’re talking about right now. This is not anything that is different from me. But it’s what the conversation is right now. That’s all it is. I don’t view it as me stepping up or anything like that.”

Even though you’ve had those conversations in the past, because of this year and being in the bubble for a long time, what things have you learned and gained a greater appreciation for about these issues?

Redick: “The biggest thing is that the anger is valid. The feeling of anger is real. It’s hard for a white person to completely understand that. But if you have any sort of compassion or empathy, you can get to that. To a certain degree, just in listening to friends, teammates, coaches, whatever it may be, the anger is there and it’s totally valid. In a lot of ways, it’s heartbreaking.”

I know things have been so uncertain this year, but what’s your outlook on what all of these efforts will do?

Redick: “I think that the old way of thinking is on its way out. The generation right below us, they’re so smart and so active and so passionate about all of these issues. There’s going to be a wave of change. I believe that. It may be delayed for four more years. I don’t know. We’ll see. We’ll see what happens with the vacant Supreme Court seat. There are a lot of factors that go into this. But when you look at a lot of these issues, you look at the statistics and the polling, I think most people are on the same page and are in favor of a lot of these changes. I think you’re going to see over the next generation the majority of people are going to speak up and believe in these things. We’re not going to allow these things to happen as consistently as they are right now.”