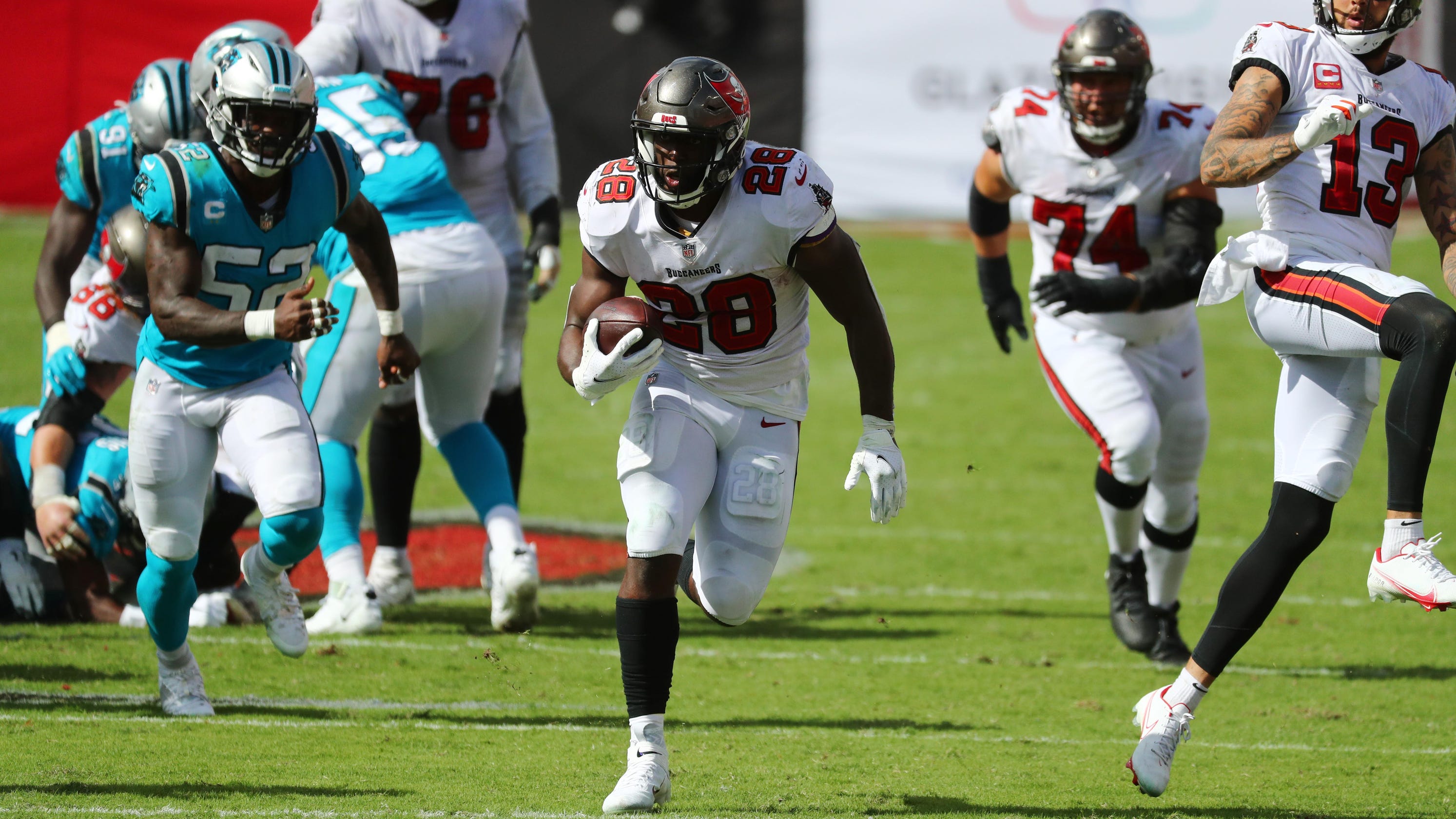 Leonard Fournette up, Will Fuller down

These players saw their fantasy values increase or decrease most based on their performances in Week 2:

QB Joe Burrow, Cincinnati Bengals: Burrow has 97 pass attempts after two weeks. He threw for three touchdowns and no interceptions on Thursday and has the Philadelphia Eagles’ patchwork secondary up next.

RB Leonard Fournette, Tampa Bay Buccaneers: Sunday’s game showed precisely why the Bucs weren’t content to stand pat with Ronald Jones as their main back. Fournette rushed for 103 yards, scored twice and caught four of his five targets. Once he finds his comfort zone, Tampa Bay’s three-back timeshare will likely be history.

The Buccaneers’ Leonard Fournette rumbles for a game-clinching 46-yard touchdown in a Week 2 victory over the Panthers. (Photo: Kim Klement, USA TODAY Sports)

QB Gardner Minshew, Jacksonville Jaguars: Game script is going to force Jacksonville to the air often, and Minshew is more than happy to oblige. Couple that with a group of solid wide receivers, and it makes for a blissful statistical forecast.

WR Stefon Diggs, Buffalo Bills: Targeted 13 times against Miami, Diggs logged eight receptions for 153 yards and a touchdown. This is back-to-back weeks with eight catches; there’s no reason to think that pace will slow anytime soon.

WR Will Fuller, Houston Texans: It was against Baltimore, but Fuller managed no catches for zero fantasy points after totaling 112 yards on eight receptions a week earlier. He did leave the game in the second quarter due to a hamstring issue but was able to return.

RB Benny Snell Jr., Pittsburgh Steelers: After a sizzling Week 1 performance (119 total yards) made him a top waiver-wire target, Snell gained exactly 1 yard from scrimmage against Denver. Although James Conner did return from his ankle injury, Snell did nothing with the extra playing time he earned the week before.

RB Nyheim Hines, Indianapolis Colts: Hines had no rushing attempts but did catch his only target in the passing game. After a big game in the opener, it’s now clear Hines is mostly a matchup play from week to week.

WR Anthony Miller, Chicago Bears: The buzz around Miller has been nothing but positive, but a zero on the Week 2 stat sheet brings the hype train a halt. He was targeted three times but failed to catch any of them in what looked like a favorable matchup against the Giants.

TE Austin Hooper, Cleveland Browns: Hooper’s $42 million contract puts him in the top five at his position. QB Baker Mayfield will need to look Hooper’s way more than twice per game if that investment is going to pay off.