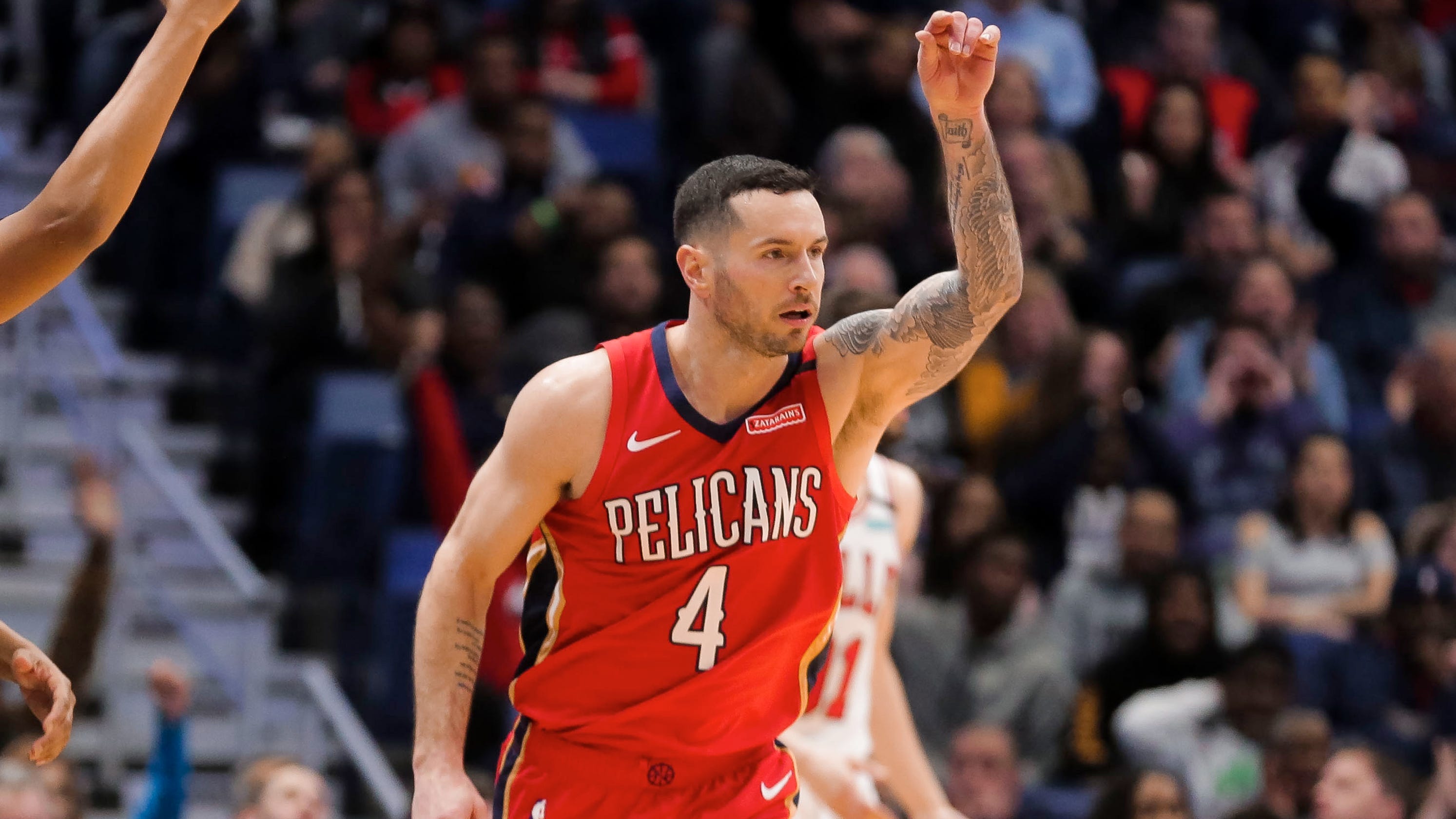 Virtual wine tasting and life in the NBA bubble

The routine for New Orleans Pelicans guard J.J. Redick became as customary as it is for him to take a jump shot. It seemed just as easy for him, too.

After spending his downtime in the NBA campus bubble enjoying wine and conversation, it did not take much to convince Redick to extend that passion further. Redick will be the first NBA player to participate in Acker Wines’ virtual tasting series, “All-Stars Uncorked,” which will begin Tuesday at 8 p.m. ET through Zoom.

“It was a fairly easy commitment for me,” Redick told USA TODAY Sports. “I get to drink wine and get to talk some wine.”

Redick will be the first of five NBA players who will appear on the weekly virtual chat to discuss their favorite vino while talking hoops. Portland Trail Blazers forward Carmelo Anthony (Sept. 29), former NBA All-Star Paul Pierce (Oct. 6), Cleveland Cavaliers forward Kevin Love (Oct. 13) and Los Angeles Lakers forward Kyle Kuzma (Oct. 20) will follow suit. All of which might remind Redick of those off-night conversations he had with NBA teammates over bottles of wine in the bubble.

Redick was just as talkative with USA TODAY Sports in a Q&A about a number of topics. Redick talked about wine, the perks and challenges of being in the NBA bubble, the league and players’ racial justice movements, the Pelicans’ shortcomings, Zion Williamson’s development and more. This is part one of a three-part Q&A, which has been edited for length and clarity.

What was the wine-drinking experience like in the NBA bubble?

Redick: “There wasn’t a ton to do in the bubble because we weren’t with our families. A lot of it was playing basketball, being on the bus to and from the gym, and then you’d get done with practice or get done with a game. A lot of guys had wine shipped into the bubble and so it was about sharing those wines. I got Josh Hart to become a burgundy lover, which I thought was going to be long shot. The guy is hellbent on Napa Cabernets and Bordeaux. But he came around, which I’m excited about. I got to share some wine with Melo and Josh one night in the players’ lounge and we drank some Bordeaux. The whole thing was about shared experiences and having great conversation. It’s another connecting point for us and players. Competitively, we all want to bring the best bottle.”

Who brought the best bottle?

Redick: “In my little circle of T.J. McConnell, Doug McDermott, Tobias Harris and Josh Hart, it was usually me. But Josh has got some great Bordeaux in his collection. But he also had some shipped in. The last night I was there, I didn’t have enough room in my luggage to transport all of the wine back home to New York. So I brought six or seven bottles to the Grand Floridian hotel.

“I had a little wine meal with Timothé Luwawu-Cabarrot, Russell Westbrook, Doug, TJ and myself. Then (former Pelicans coach) Alvin Gentry and (Orlando Magic general manager) John Hammond happened to be sitting at the table next to us. So I shared a couple of sips with them.

“Our whole experience of the bubble was so abnormal. So being able to sit down with guys, share wine and share conversations was, for me at least, very important for my mental well-being.”

You expressed concerns beforehand about not being comfortable with going into the bubble. How did you see that play out in real time?

Redick: “The one part of it that was a great surprise and a real positive is we all felt really safe. Other than a couple of outliers, there was a complete buy-in on the protocols. We had complete buy-in on the rules. Once we got that first week out of the way and there were zero positive tests after the arrivals, you could sense there was a level of safety that we had. Once we got into weeks three and four and we still had zero tests, you’re like, ‘Alright, this might be the safest place right now in America.’ That was really positive. You saw this with the Bucks walking off the court, the part about us playing while there’s this whole other movement going on in the country and we’re coming up on this election, there were definitely moments where I was asking myself, ‘What am I doing here? Is this really that important in the grand scheme?’

“Also, being away from your family was totally uncomfortable. There was a moment in our second game when we were getting beat by like 40 against the Clippers, the camera panned in on me and I have this blank expression of deep thought on my face. It got memed and went viral. But in that moment I was thinking to myself, ‘What the hell am I doing here? Why am I even here? This is not that important.’ But for me, it was about hooping, playing ball, being back in the locker room and talking to guys and sharing that camaraderie. That felt super normal. That was a component in the NBA that I didn’t realize was so important to me.”

What challenges did you anticipate with being away from family, and how did that play out? (Redick has two sons: 6-year-old Knox and 4-year-old Kai)

Redick: “I expected it to be the hardest part, and it was. That was just the reality. It’s why I enjoy a team sport. I think the tendency for me is to feel lonely. That happens a lot during the season where you’re on the road and you go into the city, and you don’t know anybody in the city. Maybe your teammates are doing something with their family members and you’re just isolated and you’re away from your family. To have that play out for seven weeks was very difficult.

“But the great thing was we were all in that same situation. We all got to bond together and share meals and share experiences. We golfed together. We sat in the pool and the cold tub together. We had all of these shared experiences. That made it a little bit easier. But when my wife is sending me videos of my son teaching himself to dive into a pool and I’m not there to be with him to do that, it was hard. There’s a lot of things that you miss when you have young children in a seven-week period. All of us that have kids and family members felt that longing to be with them.”

What other key moments did you miss?

Redick: “Had we made the playoffs, I would’ve missed their birthdays. Their birthdays are Aug. 24 and 26. I was bummed we didn’t make the playoffs. People had talked about this playoffs streak I was on. But in a way, I was like, ‘Alright, I get to go home, have a couple of weeks left of summer and I get to be with them on their birthday.’ That was nice. My 4-year-old, when I came back, was a different person. He has a level of inquisitiveness that all parents can appreciate. That really blossomed in those two months I was gone. I’m like, ‘You ask really good questions!’ “

What’s family life been like after leaving the bubble?

Redick: “Any time any season ends, there’s a little bit of an adjustment period. You’re sad that you’re not playing. You’re angry with how it ended. You’re jealous of the guys that are still playing. I still feel that tinge of jealousy watching the conference finals. There is always a little bit of an adjustment period where you have to process and reflect. I trained super hard from March 11 all the way toward the end of the season. So I never really took any time off. That reflection period was that first week. That was hard. But at the same time, I have no complaints. I’m in a swimming pool with my kids. We took them to a farmstand. There were a lot of things that were enjoyable that I wouldn’t have gotten to experience had we made the first round of the playoffs.”