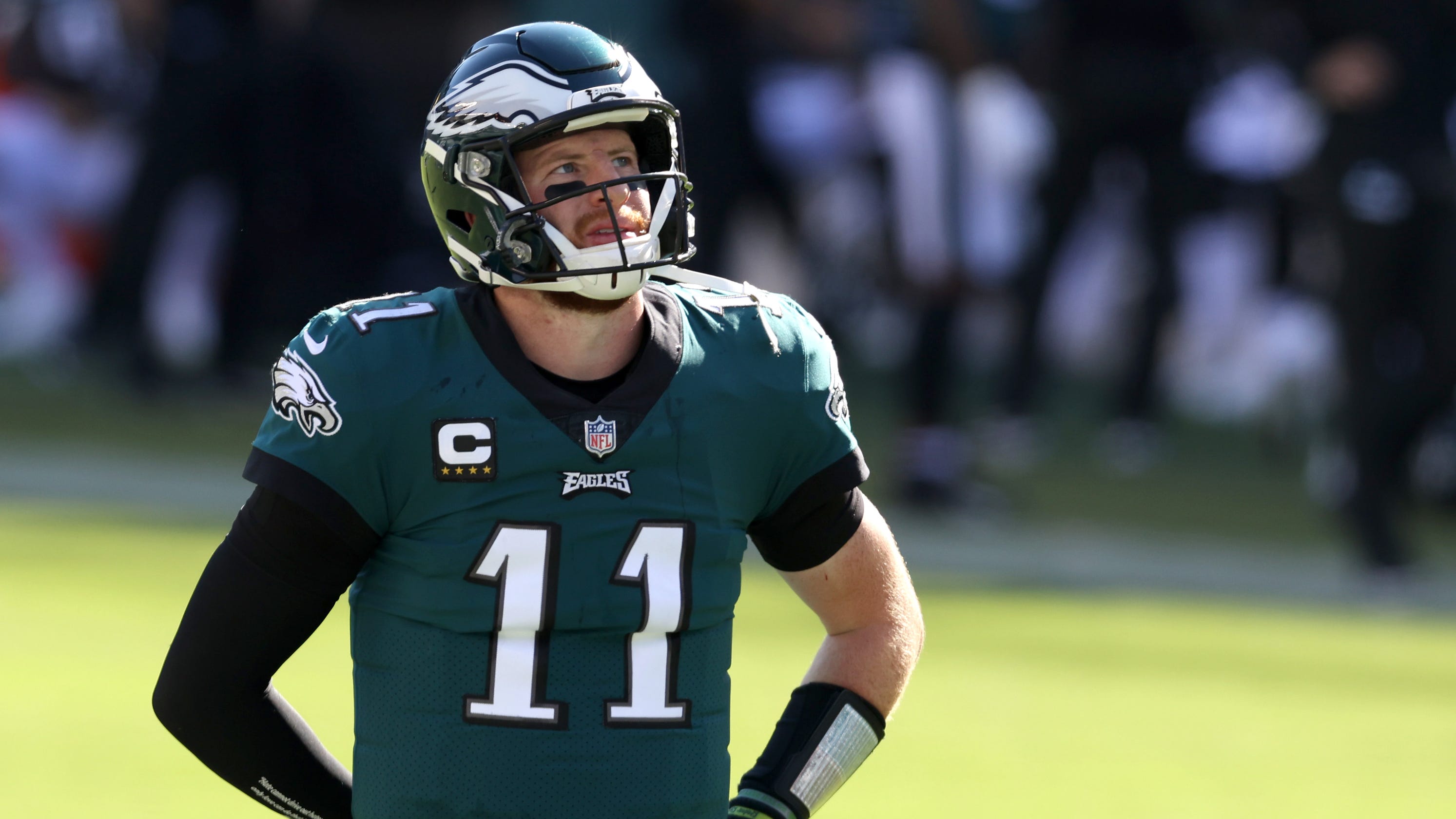 This was not the start that the Philadelphia Eagles anticipated. Not in a year where continuity was supposed to give them an edge over their three NFC East rivals, who all had to acclimate to new head coaches this offseason amid league-wide coronavirus restrictions.

But here the Eagles find themselves, losers of two straight after Sunday’s 37-19 defeat by the Los Angeles Rams, with concerns starting to mount on multiple fronts.

An 0-2 start to a 16-game season isn’t cause for panic. But it’s how the Eagles have lost these games that proves most troubling.

This squad currently looks nothing like the team that defied the odds and won the Super Bowl just three seasons ago, or even the outfit that last season reached the playoffs for a third consecutive year.

Quarterback Carson Wentz finds himself under great scrutiny, and rightfully so.

The No. 2 overall pick of the 2016 draft has gotten off to a rough start individually. He has completed just 58.8% of his passes while sporting a passer rating of 64.4, both career lows. He has thrown only two touchdown passes with four interceptions after throwing no more than seven picks in any of the three previous seasons.

Quarterback Carson Wentz of the Philadelphia Eagles looks on against the Los Angeles Rams in the second half at Lincoln Financial Field on September 20, 2020 in Philadelphia, Pennsylvania. (Photo: Rob Carr, Getty Images)

Wentz just doesn’t look comfortable. Not consistently, anyway. There were stretches both in Week 1 and Week 2 when he moved the ball effectively. However, he couldn’t sustain that success, and he and the Eagles either squandered a lead, as they did against Washington, or saw their comeback quest go cold, as was the case against the Rams.

The offensive line factored into Wentz’s Week 1 struggles. But that unit wasn’t to blame in Week 2 when Philadelphia prevented the Rams from registering a single sack.

The Eagles need more from their quarterback, but they also need to do a better job of supporting him. And that raises questions about the recent decisions by Doug Pederson and general manager Howie Roseman.

Pederson’s offense has lacked the same creativity and explosiveness that the Eagles boasted on their run to the Super Bowl. Some of this could be tied to the fact that the co-architects of the attack, then-offensive coordinator Frank Reich and then-quarterbacks coach John DeFilippo, have both moved on to other jobs.

Wentz, of course, was injured during the title run, and Nick Foles led Philly to the Lombardi Trophy. Prior to getting hurt, Wentz played at a MVP level, and team officials have said they believe he can recapture that form. He has yet to prove he can stay healthy long enough to do so, however.

But all of the Eagles’ struggles can’t be pinned on Wentz. Another factor in this 0-2 start involves the talent around him.

The Eagles’ offensive line is aging and has been plagued by injury. His wide receivers are either young and inconsistent or declining in effectiveness. Wentz does have tight ends Zach Ertz and Dallas Goedert at his disposal, but the quarterback’s uneven play has proven costly, as he has missed them on key throws.

The Eagles’ problems also extend to the defense, where their top linemenno longer appear to be in top form. And the free agency departure of Malcolm Jenkins robbed the unit of a valuable leader and field general.

Philly’s defense played like a unit sorely lacking in discipline on Sunday. The Rams attacked them with frequent misdirection plays. Each time, the Eagles’ defenders bit hard and were caught out of place, yielding big gains through the air and on the ground.

Safety Rodney McLeod dismissed the notion that he and his teammates were ill-prepared, however, and said that the Rams’ game plan was “identical” to what the Eagles practiced for.

If that’s the case, the defense’s poor execution is even more troubling.

It wasn’t long ago that the Eagles and Rams found themselves in similar positions on their football journeys. Both had rebuilt their rosters around young quarterbacks (Goff went first overall in 2016 to the Rams one pick before Wentz). Both became relevant in their divisions and began to consistently make the playoffs.

Now both are fighting to remain competitive in an ever-changing league.

The Rams have managed to retool on the fly while replacing over-the-hill stars with smart draft picks and blockbuster acquisitions. The Eagles, meanwhile, are starting to show signs that they could soon fall victim to age and ineffective draft classes.

There’s no quick fix to many of the Eagles’ problems. Many roster upgrades must take place in the coming offseason to compensate for missed opportunities this spring.

Given the physical and mental gifts that he has displayed in years past, Wentz should be able to spur some sort of a turnaround.

But as was the case during their run to the Super Bowl, the Eagles will need familiar faces to provide meaningful and consistent contributions as well rather than leaving the quarterback to shoulder the load.

Pederson said as such Monday afternoon.

“For us, it’s a matter of continuing to work. I think as coaches and players, we continue to strive to get better every single day,” he said. “I just don’t want Carson to feel like he has to make all the plays every single time. I want him to just be Carson. … He wants to do everything right, and we’ve given him control to do that, but we just have to continue to work to get better.”