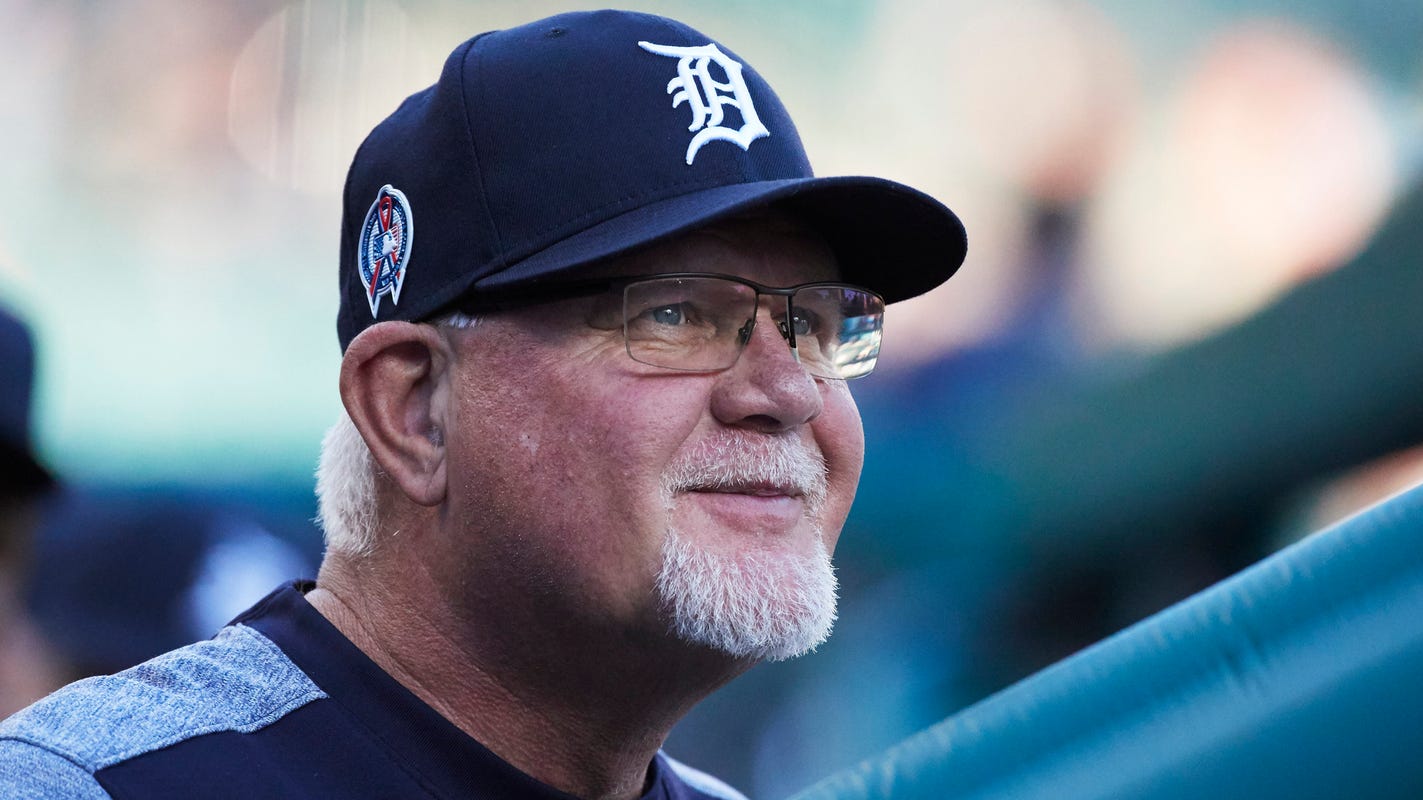 Ron Gardenhire’s Detroit Tigers career is over. What will he do next?

Ron Gardenhire called his wife, Carol, after an unexpected exchange Saturday  with Detroit Tigers general manager Al Avila in his office. He told her that he retired from his managerial career, effective immediately, because of health concerns.

He walked out of Comerica Park that day before first pitch and without a job. His family members were shocked at the timeline of the decision. For a few weeks, they had been expecting a retirement at the end of the 60-game season, but not with eight games remaining.

“He’s said that kind of stuff before, too, so I wasn’t really sure,” Gardenhire’s son, Toby, told the Free Press on Sunday. “You never really know until the end, so (Saturday) was kind of abrupt.”

Detroit Tigers manager Ron Gardenhire, second from left, poses with his son Minnesota Twins’ Toby Gardenhire (81) and umpires before a baseball game in Detroit, Monday, Sept. 17, 2018. Toby, who managed the Twins Class-A team in Cedar Rapids, is up with the Twins serving and learning under manager Paul Molitor. (AP Photo/Paul Sancya) (Photo: The Associated Press)

On Saturday night, Gardenhire and his family gathered on a video conference call to take shots of Fireball to celebrate the conclusion of a 16-year managerial career. He stuck around in Detroit — keeping his distance from the ballpark — until Monday when he piled into the car with Carol to drive back to their home in Minnesota.

But Gardenhire’s players aren’t ready to believe this is the end.

Toby had an up-close look at what sparked the end of Gardenhire’s three-year tenure with the Tigers. He is the Triple-A Rochester manager within the Minnesota Twins’ organization, but the COVID-19 pandemic forced him into action as the leader of the alternate training site in St. Paul.

That was the first time Gardenhire spoke to his son about his retirement plans. The next day, the manager went missing from the Tigers’ dugout in the sixth inning.

“I looked over and all of a sudden he wasn’t in the dugout,” Toby said. “And I was like, ‘Oh, I wonder what happened.’ I ran into the clubhouse, went back and looked at my phone to see if anyone called me. I had no messages. So, then I talked to ‘Hot Rod’, our (clubhouse manager), and he took me over to the Tigers’ clubhouse.”

Gardenhire had a stomach virus and missed the final two games against the Twins, an organization he managed to 1,068 wins and a spot in the 2002 ALCS. His illness, combined with the COVID-19 health crisis, made it easier for him to walk away. The stress caused his hands to shake.

“He’s been through a lot of health issues,” Toby said. “He had cancer a couple of years ago. It’s a pretty scary deal. He just wants to be healthy. I think that’s where he’s at right now.”

More on the search:

►Here’s who the Tigers should target as their next manager

►Tigers already have a willing candidate for next manager: Lloyd McClendon

Health is the top priority right now, Toby said. Gardenhire needs to spend time with his grandchildren, kids and wife. He needs to relax at his home in Fort Myers, Florida. He needs to get back to golfing with Toby, an activity the two were “loving every minute” of during quarantine. .

That’s why Toby doesn’t think his father is going to come out of retirement to manage again.

When Gardenhire was fired in September 2014 after 13 seasons for the Twins, he told his family that he didn’t know if he cared enough to do it anymore.

“I was like, ‘He ain’t ready to be done. He’s gonna want to do this again,’ ” Toby said. “I could just tell by talking to him. It wasn’t the same (as now). I could tell that he still had the fire. He still wanted to do it.

“It feels different this time. A lot different. He seems ready.”

After playing five years in the big leagues, Gardenhire became the Twins’ third-base coach in 1991, won a World Series in his first season and held the position for 11 years. He served as the Arizona Diamondbacks’ bench coach in 2017.

“He’s got too much knowledge,” Toby said. “People are always gonna be asking him to do things. All of his friends, his whole network is at the ballpark, so he’s not just gonna go away. He’s not just gonna be gone. He’ll be around, in one way or another. I can almost guarantee that one.”

“I do have a feeling that my dad will be back in that kind of role at some point,” Toby said, “where he’ll just be around for people to talk to.”