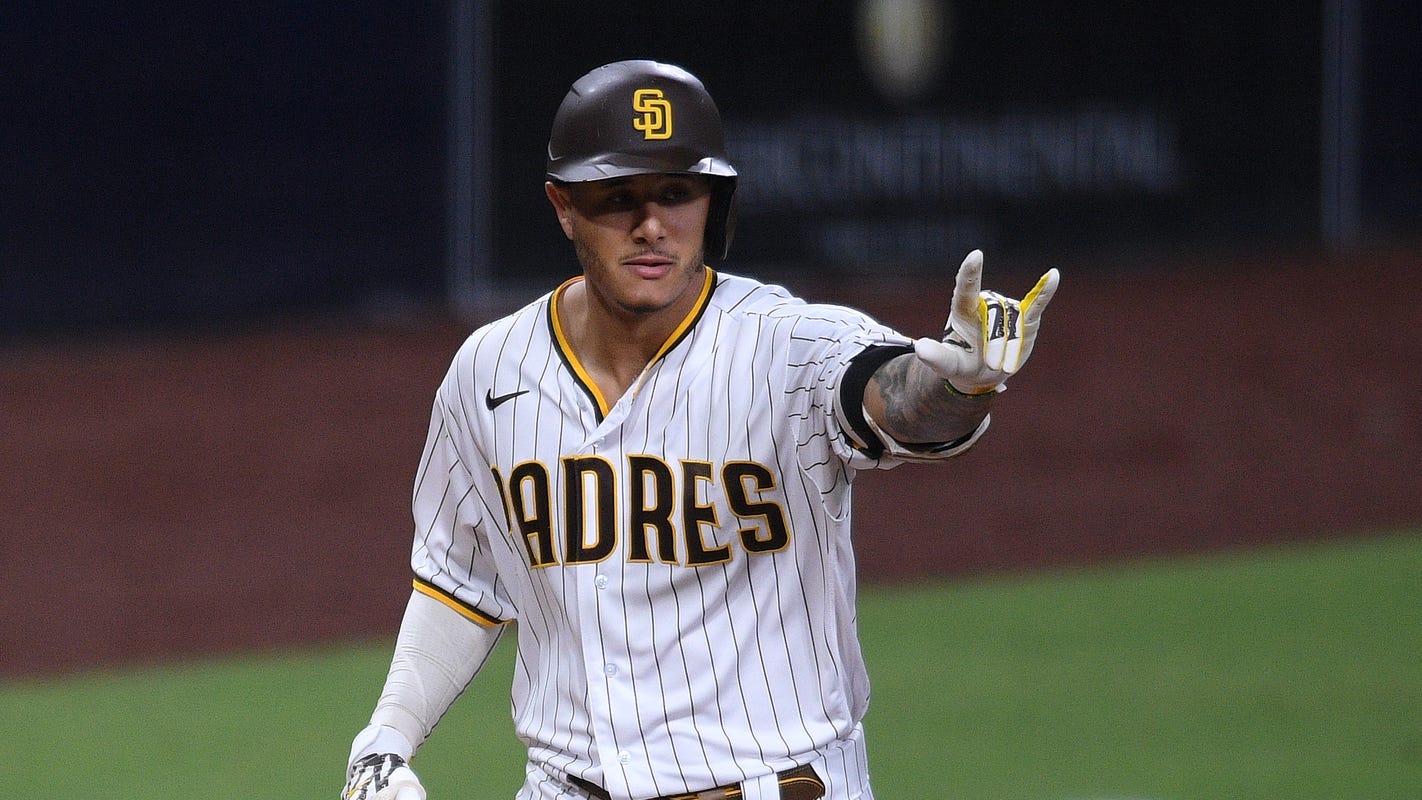 Guide to the final week of the 2020 season

Call it a trot, or maybe a canter, or merely something between a stroll and a sprint. Either way, Major League Baseball’s 60-game, pandemic-framed, occasionally lame season will hit the tape this week, launching 16 teams into a similarly unprecedented playoff format.

Like the eight weeks that preceded it, the final seven days of games could be largely inconsequential – or absurdly messy.

Seven of the 16 playoff berths are secured, with another five largely spoken for. All that essentially remains?

Six teams, all hovering around .500, fighting for four National League postseason tickets, a slap fight that you’d think could be ignored, save for the fact the survivors will be launched into eminently winnable, best-of-three first-round series.

Additionally, there are MVPs and Cy Youngs and other races for posterity that can flip significantly in just a week. With that, here’s what to watch as baseball begins the road to the playoffs, and, ultimately MLB’s finals in late October:

In the NL, the Dodgers and Padres are the lone teams with playoff berths in hand, with L.A. holding a magic number of four to clinch the division over San Diego. The Braves and Cubs (both 31-22) are playoff shoo-ins, with magic numbers of six and five and leads of three and 3 ½ games in the East and Central, respectively.

In the AL, the Athletics, Rays, White Sox, Twins and Yankees are in, the first three clubs holding magic numbers of one, three and four to win the West, East and Central, respectively. The Indians, Astros and Blue Jays will soon join them, leaving the good folks of Seattle more time to appreciate Russell Wilson.

What about those playoff seeds?

Eh. With all teams heading to neutral sites for the Division Series, League Championship Series and ultimately the finals in Arlington, Texas, every last win won’t matter so much.

The one race to watch: Battles for the fourth seed in both leagues.

The best-of-three wild-card rounds will be contested entirely at the home of higher seeds, which puts a premium on second-place finishers to produce a better record than their fellow runner-ups.

As of now, the Twins hold a one-game lead over the Yankees for the No. 4 slot in the AL, the difference between three games at Target Field or Yankee Stadium. (Either way, forgive Twins fans for already fretting, as Minnesota’s lost six ALDS and wild-card matchups with the Yankees since 2003, with a cumulative record of 2-16).

The NL No. 4 seed is pretty much accounted for – the Padres hold a 5 ½-game lead over the Marlins, and almost certain to host a fellow second-place finisher in the opening round at Petco Park.

So, who grabs the final four NL tickets?

This is where it gets messy, and leaves you, gentle reader, with the choice of paying maniacal attention all week long or setting a snooze butting for Friday and seeing where the field stands entering the final weekend.

As of now, the NL’s final four in are the:

Right now that’s the Marlins, who enter the week with a massive risk/reward series: Four games at the Braves, who lead them by three games.

Sweep the Braves, and the Marlins – in a season ravaged by a COVID-19 outbreak and the resulting make-up games – would lead the East by a game and hold the head-to-head tiebreaker. Get swept, and the Marlins tumble below .500 and likely out of the field altogether.

The Phillies close with four games at the banged-up Nationals and three with the Rays, who may be cooling their engines a bit for the playoffs, while the Marlins play three at the Yankees. The Marlins hold the head-to-head tiebreaker over Philly.

The third-place East team can only hope to emerge with a better lot than the teams that emerge from a very messy race in the Central. Of note: The Cardinals will be the lone team in this bunch not to reach 60 games – they have just 58 scheduled after a COVID-19 outbreak idled them for two weeks.

And they very much control their destiny, with a one-game lead already, three games against the sub-.500 Royals and finishing with four in St. Louis against the Brewers.

That makes the series to watch this week the Reds and Brewers, who play three games in Cincinnati beginning Monday. The Reds hope to align their top three starters – Luis Castillo, Sonny Gray, and, on short rest, Trevor Bauer – to seize control of a playoff berth.

As for the Giants? Our final .500 team in the derby will root against a sweep in the Reds-Brewers series, play seven with the Rockies and Padres and pray that their inferior division record – currently 15-17 – doesn’t sink them.

Final-week MVP narratives are usually overblown, but not in 2020, where the last seven games represent nearly 12% of the schedule. So as the playoff-bound Dodgers, Padres and Braves play out the string, keep an eye on Mookie Betts, Manny Machado and Freddie Freeman, who each have compelling MVP cases.

Freeman ranks first or second in the NL in OPS and adjusted OPS (1.097/184), RBI (48) and extra-base hits (32), all after recovering from a grim bout with COVID-19 in July. Betts is tied with Machado for the NL lead in home runs (16) and leads all major leaguers with 3.2 Wins Above Replacement; Machado ranks second in the NL with 2.6.

In the AL, the White Sox’s Jose Abreu may have the most clear-cut case, as, like Freeman, he ranks first or second in OPS (1.032) and home runs (18) and also leads AL position players in WAR (3.0). It is a crowded and cluttered field, with the Yankees’ DJ LeMahieu, Indians ace Shane Bieber and Abreu’s teammate, shortstop Tim Anderson, all worthy candidates.

That bring us to about the only lock for some hardware: Bieber, who will win the AL pitching triple crown of wins (8), ERA (1.74) and strikeouts (112), should be a unanimous choice for Cy Young.

In the NL, Jacob deGrom has a shot at winning the award a third consecutive year, but probably can’t ensure it even with a dominant final start. The Reds’ Bauer can burnish his case against deGrom, the Cubs’ Yu Darvish, Atlanta’s Max Fried and Milwaukee’s Corbin Burnes by dominating in two crucial starts on short rest.

After all, it’s 2020, where a little narrative never hurts amid a small sample size.