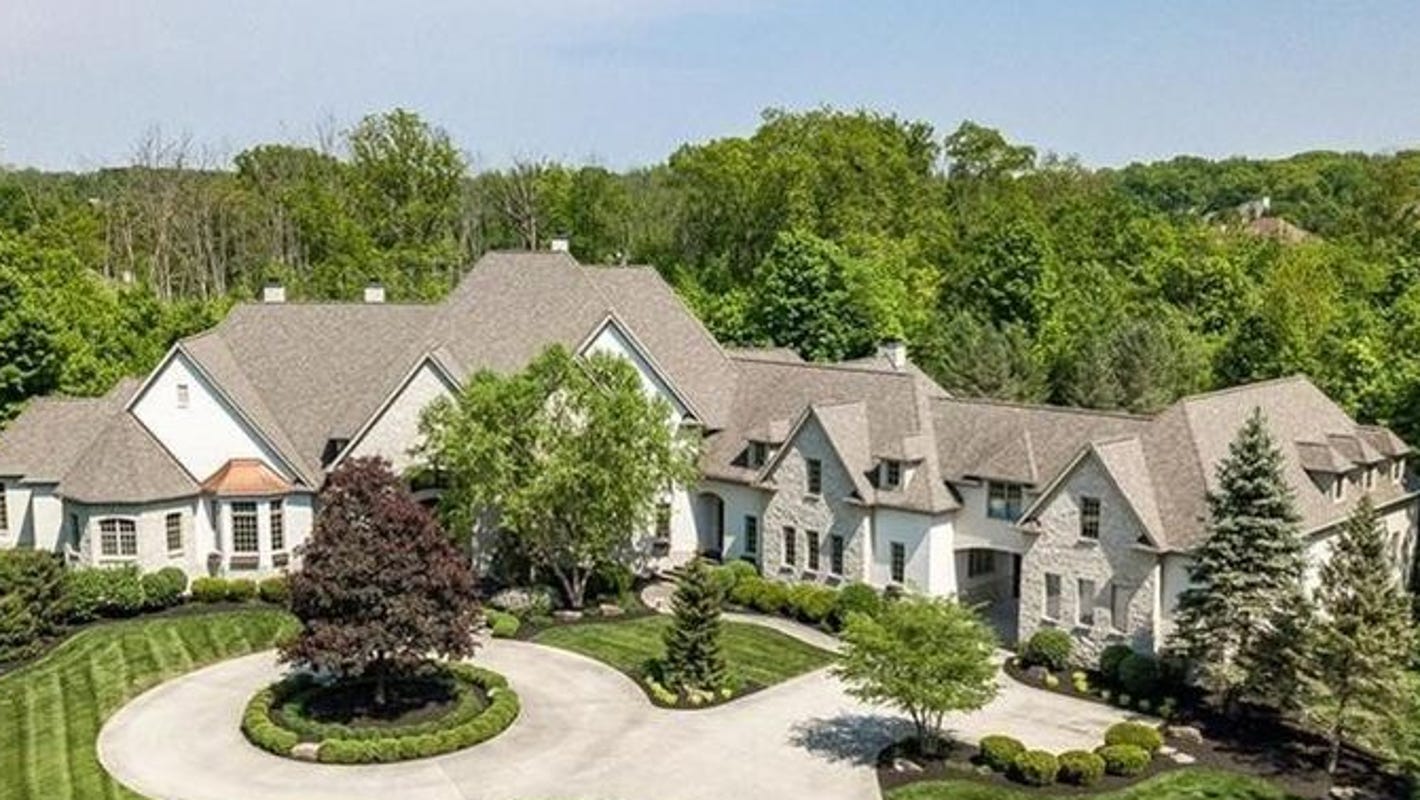 3 inches from the greatest basketball story ever told: Gordon Hayward, the shot and Butler’s run to the 2010 Final Four.

FISHERS, Ind. — Gordon Hayward has a sprawling $3 million mansion in Indiana that sits on nearly seven acres — with a pool, wine cellar and every fancy bell and whistle a house can boast.

Hayward bought the home in July 2019 from D10 Investments, LLC, for $3 million, according to public records. The former Butler basketball standout and Celtics star has a home in Boston, too. Earlier this year, he was the owner of a third property, a massive Rancho Santa Fe, California, estate worth $3.9 million, but he sold that in March.

Why Hayward bought the Fishers, Indiana, home is unknown. He declined through a Celtics spokesperson a request from IndyStar to talk about the house.

The 6-7 Hayward grew up in Brownsburg, In and played two years at Butler before being the ninth overall pick in the 2010 NBA Draft by the Utah Jazz. His ties to Indiana are strong.

After playing seven seasons in Utah, he signed with the Celtics (and his former Butler coach Brad Stevens) in 2017.

Out with an ankle injury since Game 1 of the Celtics’ playoff series against Philadelphia, Hayward returned for Saturday’s Game 3 of the Eastern Conference Finals against Miami and had 6 points, 5 rebounds, 4 assists and 3 steals as the Celtics cut their deficit in the series to 2-1.

More about those Hayward houses

Hayward’s Fishers home is nestled in the neighborhood of Hawthorns Golf and Country Club.

IndyStar went to the mansion last week, gated off by black iron and with a brick pillar announcing the property is private.

The 16,000-square-foot home, according to real estate records, was built in 2005. It has six bedrooms and seven-and-a-half baths.

Records show the home was updated in May and is now worth nearly $3.3 million. The listing for the home in 2019 boasted: “This amazing 6.8-acre estate…is a must see.

Boston Celtics forward Gordon Hayward (20) signals a teammate before checking into the game in the first half of their game at Bankers Life Fieldhouse on Sunday, April 21, 2019.  (Photo: Matt Kryger/IndyStar)

Hayward’s Massachusetts home is a multi-million estate in Wellesley, a town in Norfolk County in the suburbs of Boston. According to the Swellesley Report, “Hayward has given local kids (who are) shooting hoops in their driveway a thrill by running past or zipping by in his Porsche.”

Wellesley is also home to Stevens and other Celtics, such as Danny Ainge and Ray Allen.

It featured a tennis court and pool on a two-acre gated compound. The main house was 6,395 square feet and was accompanied by a casita and a guest house. Between the three, there were seven bedrooms and seven-and-a-half bathrooms.

Hayward bought the property in 2015 for $3.35 million, according to the Los Angeles Times and then sold it in March.