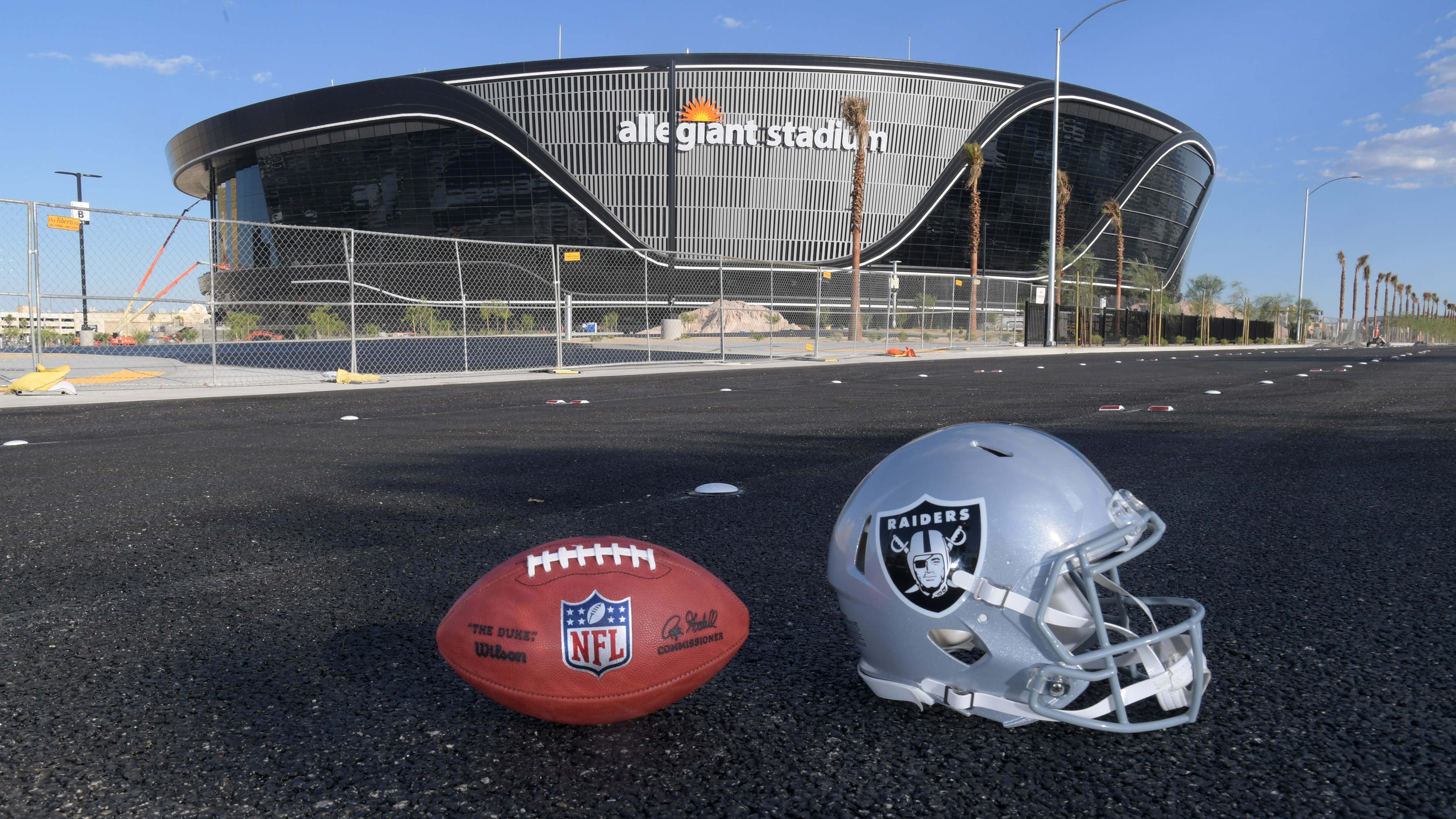 Eight days after SoFi Stadium made its NFL debut in Inglewood, California, the Raiders’ new home in Las Vegas will get its own special moment.

With the “Monday Night Football” broadcast crew in the house, the Raiders will host the New Orleans Saints in their first game at $1.9 billion Allegiant Stadium — or, as Raiders owner Mark Davis and countless others are calling it, the “Death Star.’’

Fans, however, won’t be permitted to attend the venue for the entirety of the Raiders’ inaugural season after Davis made the decision in light of the coronavirus pandemic.

“So, it looks badass both day and night,’’ said David Manica, owner of MANICA Architecture, the firm that designed the stadium. “More than anything, it’s this really sleek, mean, aggressive-looking black building right off The Strip.”

Here’s what else you should know about the 65,000-seat stadium:

Billed as the largest 3D printed object in the world, the Al Davis Memorial Torch pays tribute to the late owner of the Raiders. Following Davis’ death in 2011, the Raiders honored him before home games by lighting the Al Davis Memorial Torch. Now they’ll have a custom-designed flame — less authentic than the real thing, but easier to get approved by the fire marshal.

The University of Phoenix Stadium, home of the Arizona Cardinals, was the first NFL venue to sport a retractable, natural grass field, meaning it slides into the stadium in time for the game and later slides back outside to get sun and grow. But in Las Vegas, Mancia said, he and his team have developed the retractable field “into the next generation of moving fields.’’

In short, it’s a 4-foot-deep tray that contains the entire turf system, including irrigation and drainage, along with a heating system to help moderate root temperature throughout the year, according to Keith Robinson, the project designer.

On the north end of the stadium are four lanai doors that form a glass wall. And takes 10 minutes for the wall to open and reveal views of The Strip, about a half-mile from the stadium.

Although the field is retractable, the roof is not. But it’s pretty — the same translucent material as those used at SoFi Stadium, home of the Los Angeles Rams and Los Angeles Chargers.

Beneath the commemorative Al Davis Torch, a DJ will be cranking things up before and after the game in a space that will serve as a nightclub — until the game commences. The club will seat a couple of hundred people and is a ticketed venue.

That’s what comes to mind for Manica when he describes the stadium’s premium seats.

“Think of a seat that kicks back and next to you is a console that has a USB charger and in front of you is a dashboard with your own TV,” he said. “And there’s a little cooler that you can put drinks in or maybe when you arrive your preselected drinks are chilling for you. It’s like airline business class.”

It’s slick and sleek design until you get to the bricks. They’re part of the Raiders’ Legacy Brick program, which allows fans to buy inscribed personal messages on the bricks before they’re installed in the ground near the main entrance in the stadium. Based on sales package, the bricks cost between $850 and $1,500 and more than 4,400 have been sold.