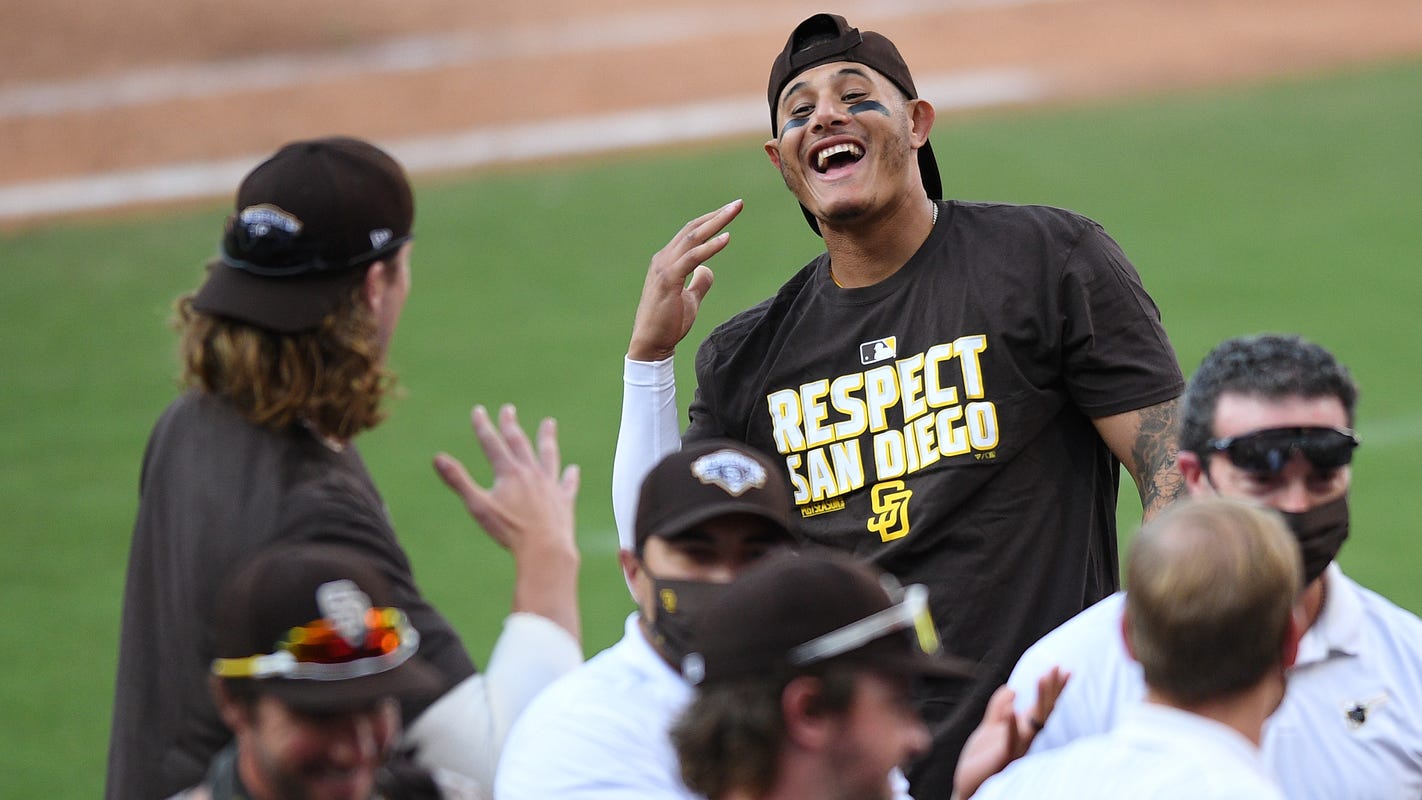 The final week of the condensed 2020 MLB season is here, and the expanded playoffs that will see 16 total teams in the field is taking shape. Some teams have already clinched a playoff spot while others’ fates might not be decided until the final day.

Here’s a look at the current playoff picture, starting with the teams that have already booked their postseason tickets as of Sept. 20:

MLB PLAYOFFS: What to know about the MLB 2020 postseason schedule

And this is what the playoffs would look like if the season had ended Sunday:

No. 2 Chicago Cubs vs. No. 7 Philadelphia Phillies

No. 3 Atlanta Braves vs. No. 6 St. Louis Cardinals

► The Rays and Yankees have both secured postseason berths in this season where the top two teams in each division advance to the playoffs. Toronto is four games back of New York (and the Yankees in turn 3.5 games back of the Rays), so the Blue Jays’ most realistic path to the playoffs is through securing a wild-card spot. They currently hold a four-game lead for the final position.

► The White Sox and Twins appear in line for the AL Central’s automatic spots. Cleveland is three games back of Minnesota, which is two games back of Chicago. The Indians have a two-game lead over the Blue Jays, though, so a playoff spot seems all but assured.

Things are wide-open in the National League, as four teams are within three games of grabbing the final wild-card spot.

► In the East, seven games separate current top-seed Atlanta (31-22) – which has a three-game cushion – and the fourth-place New York Mets (24-29). The battle for the No. 2 spot between the Marlins, Phillies and Mets could come down to the final games of the season.

► The NL West sees San Francisco (26-26) and even Colorado (23-29) still in the wild-card mix, as the Dodgers and Padres – who will be making their first playoff appearance since 2006 – have already pulled away at the top.