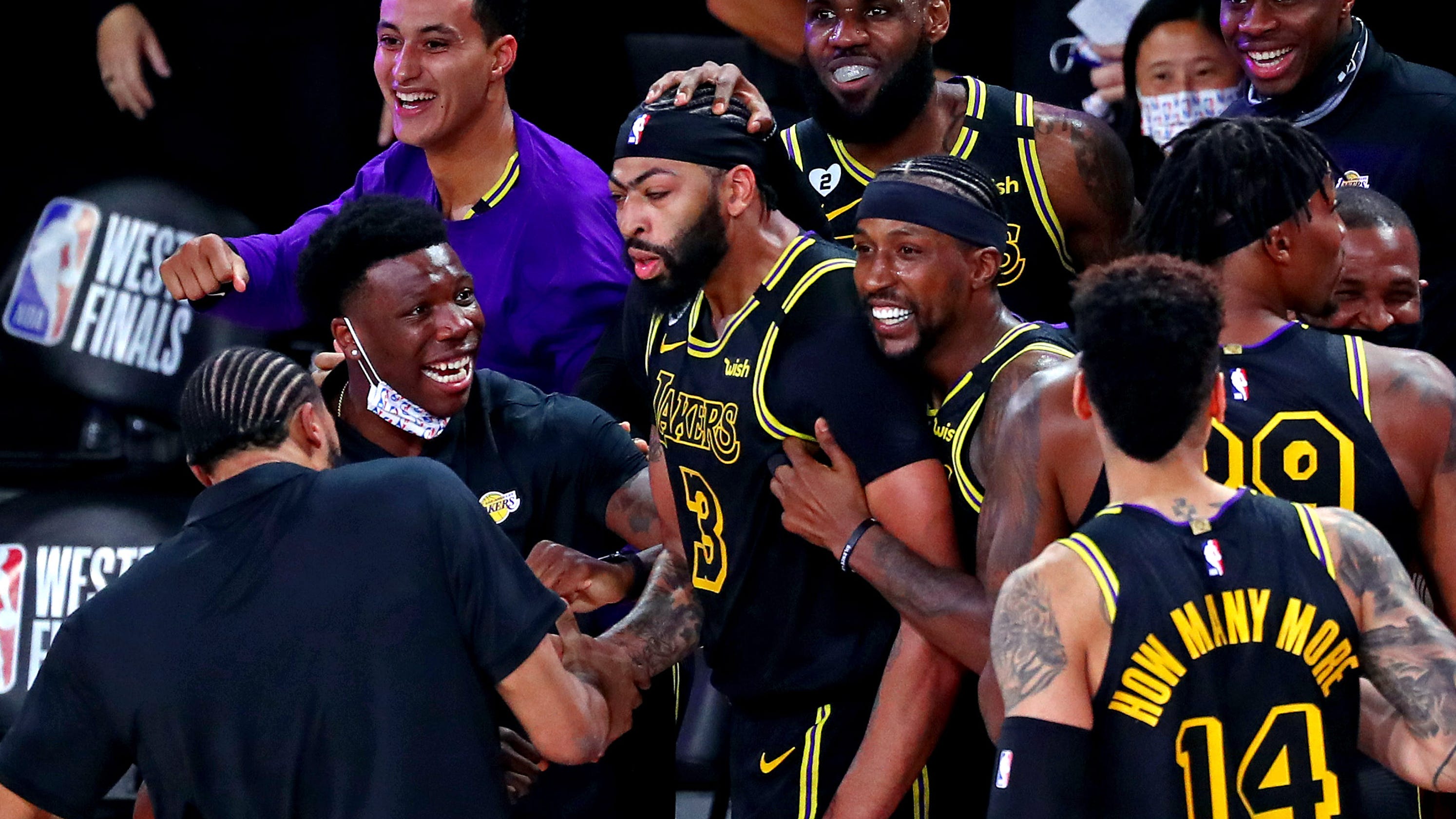 A second earlier, Davis — wearing the Kobe Bryant “Mamba” Lakers uniform — swished a 3-pointer at the buzzer to give the Lakers a 105-103 victory over the Denver Nuggets in Game 2 of the Western Conference finals.

“Obviously wearing the jerseys, he’s hit countless shots like that to win games, whether it’s in the playoffs, Finals,” Davis said. “But it was a special one for me. Special one for my teammates.”

When the Lakers break a huddle, Lakers coach Frank Vogel says “one, two, three” and then players yell “Mamba.”

Anthony Davis hits the 3 at the buzzer for the Lakers win! 😱👌

“To me, AD coming off just flying to the wing like that, catch-and-shoot with the biggest game on the line of our season, nothing but net, it’s a Mamba shot.”

The Lakers are trying to a win a championship for themselves but also to honor the memory of Bryant, the Lakers great, and his daughter Gianna, who were among nine people who died in a helicopter crash on Jan. 26.

“He said, ‘Look at the jerseys you have on. He would have made big-time plays. So it’s time for us to make big-time plays,’ like with six minutes left in the game. … So just looking down at the jersey and coach telling us, it’s a constant reminder that Kobe is with us and we kind of have the spirit in those jerseys.”

Davis scored the Lakers’ final 10 points — the denouement the 3-pointer as time expired. The Lakers were on the verge of a 1-1 series. They had baseline out-of-bounds play at their own basket with 2.1 seconds left and trailing 103-102.

Vogel put Rajon Rondo in the game as the inbounds passer. Rondo found an unguarded Davis cutting from the top of the key to the left wing and threw him the ball. The catch-and-shoot 3 ruined Denver’s night.

Anthony Davis was hyped after knocking down the game-winning 3 for the Lakers. (Photo: Kevin C. Cox, Getty Images)

The game and shot epitomized a symbiotic relationship between Davis and the Lakers. His departure from New Orleans was messy. But his performance this season — he was first-team All-NBA — is why the Lakers traded for Davis, and why Davis wanted to play for the Lakers: to be in a position this deep in the playoffs to make shots that lead to a championship.

“When I left, I just wanted to be able to compete for a championship, and I know that moments like this comes with it,” Davis said. “Especially being in L.A., the biggest market in basketball. I know the quote, unquote pressure is going to be on us, going to be on me, especially the first year with everything that happened last year.”

Davis missed a shot in a similar situation against Brooklyn earlier in the season. The Lakers weren’t worried. They want and trust him to take those shots.

“Having this team and coaching staff that believes in you to make plays like that and to draw plays up for you, to make you take those big shots,” Davis said, “puts a lot of confidence in myself and confidence in my game where I can go up and make those type of plays.”