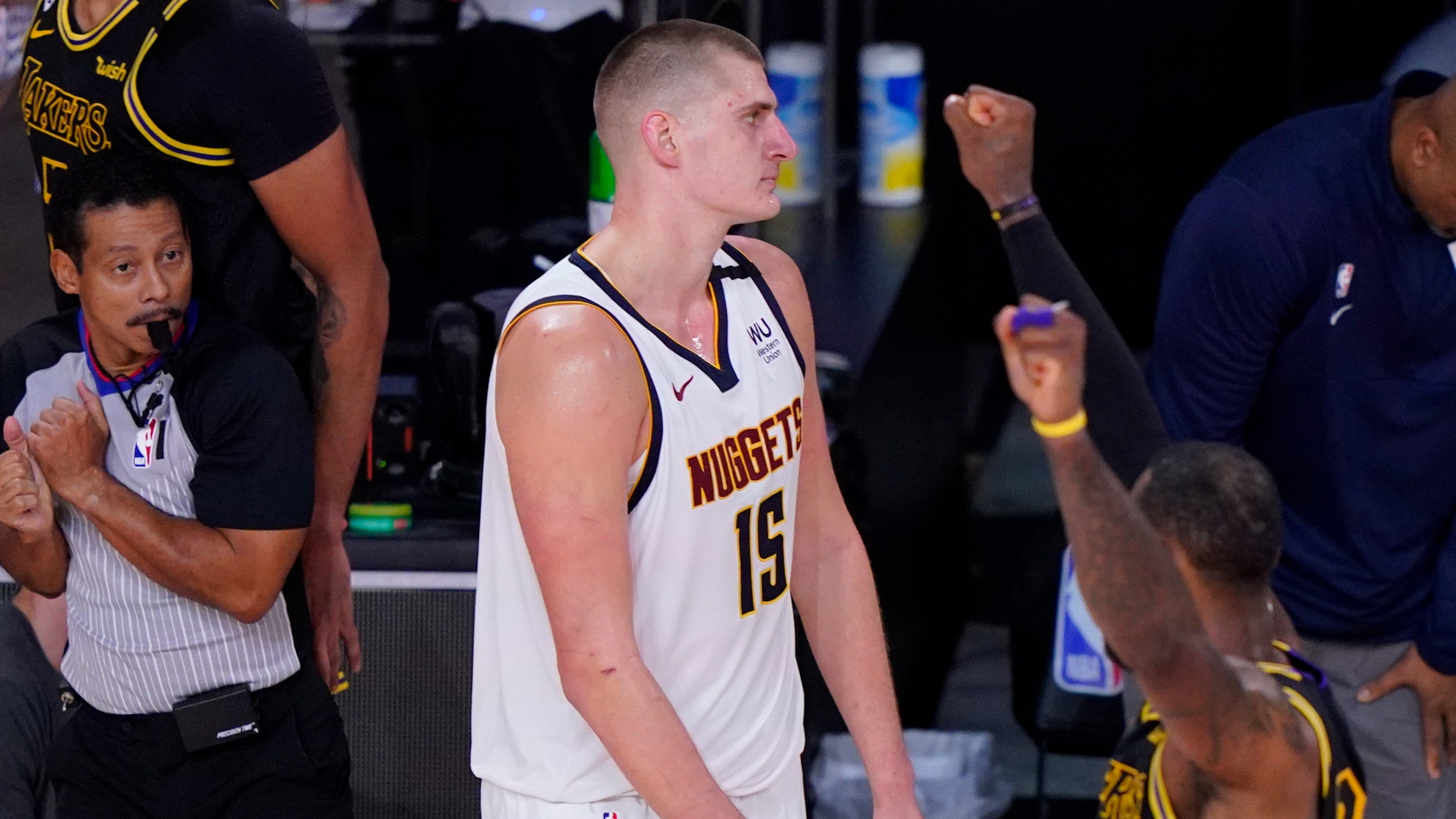 The Denver Nuggets showed once again they could overcome a double-digit deficit against superior talent. But as they painfully learned in the Los Angeles Lakers’ 105-103 win Sunday in Game 2 of the Western Conference finals, the Nuggets cannot afford to squander any opportunities against this team.

Lakers forward Anthony Davis made a game-winning 3-pointer at the buzzer, and the reasons went beyond his talent. It also had to do with the Nuggets’ self-inflicted wounds. Hence, they hardly sounded in the mood to give themselves credit for their resiliency. Instead, they lamented the miscues that led to an 0-2 series deficit.

“This is the Western Conference finals, so no moral victories, no silver linings,” Nuggets coach Mike Malone said. “We gave ourselves a chance to win tonight. Obviously, Anthony Davis hits a big 3 to win the game at the buzzer. We’ll watch the film, and see what happened on that last play.”

Anthony Davis hits the 3 at the buzzer for the Lakers win! 😱👌

Nuggets center Mason Plumlee and forward Jerami Grant stood on opposite ends of the free-throw line extended, and indicated they would double on Lakers star LeBron James. Makes sense. James is a lethal scorer and play-maker. Plumlee initially guarded Davis and failed to stay on him even when he cut out toward the perimeter. Instead, Plumlee stood next to James while pointing to Grant to rotate over. Grant could not do that in time. So when Lakers guard Rajon Rondo inbounded the ball to Davis, Nuggets center Nikola Jokic had to sprint from the baseline to the perimeter to contest the shot.

Not enough. Davis’ 3-pointer splashed through the net. Game over.

“It just happened, a little bit of a miscommunication. But I think I had a really good contest, to be honest,” Jokic said. “I think I was right there. But as soon as he shot the ball, he shot it really well. I felt it going in, and great players make great shots.”

The Nuggets are still determined to stay in this series. Why wouldn’t they? They overcame 3-1 series deficits against both the Utah Jazz in the first round and the Los Angeles Clippers in the second. As Nuggets forward Michael Porter Jr. said, “guys are sad right now, but we’re not going to let us get too down.”

Mood in the locker room after that one, Nikola Jokić?#MileHighBasketballpic.twitter.com/AKxhapQgVa

The Nuggets can credit that attitude for overcoming a 16-point deficit despite Davis (31 points, nine rebounds, two blocks) and James (26 points, 11 rebounds). Yet, they cannot lean on that solely against these Lakers. Unlike the Clippers, the Lakers are not going to self-implode because of complacency. They have mostly resisted that all season, and the Lakers remain fully aware these Nuggets can easily exploit that.

Instead, plenty of this falls on execution. The Nuggets showed both progress and struggles with that part in Game 2.

Just like in Game 1, Jokic initially struggled Sunday with managing the Lakers’ physical frontline of Davis, JaVale McGee and Dwight Howard. But he eventually finished with 30 points, nine rebounds and six assists, including 11 consecutive points in the fourth quarter and a 10-foot shot that gave the Nuggets a 103-102 lead with 20.8 seconds left.

Nuggets guard P.J. Dozier flexed both with his defense and an impressive finish at the rim while Monte Morris labored with an ankle injury. But then Dozier went 1-of-5 from the free-throw line in the final quarter.

A dejected Nikola Jokic leaves the floor after the Nuggets lost to the Lakers. (Photo: Mark J. Terrill, AP)

That included depending on Davis for the game-winning 3-pointer. While the Lakers can credit their star power and maturity for prevailing in crunch time, the Nuggets can blame themselves for the miscue.

“We have to communicate, especially with two seconds left on the clock,” Porter said. “So we had a defensive breakdown. He got free. But that’s on the whole team, not just on one person.”

And it is also on the whole team to ensure it keeps the same level of resiliency while improving its execution.

“We’re a group of guys that hate to lose. Whether it be by 20-something points in Game 1 or at the buzzer tonight, it counts as the same,” Malone said. “The only thing you can talk about tonight is we were in the game. They had to rely on a great shot by a great player to beat us at the buzzer. But as long as we’re putting ourselves in position to win games, that’s all you can ask for. One thing I know about our group, even though we are disappointed, frustrated, angry, we’ll use that motivation to come out and try to take Game 3.”