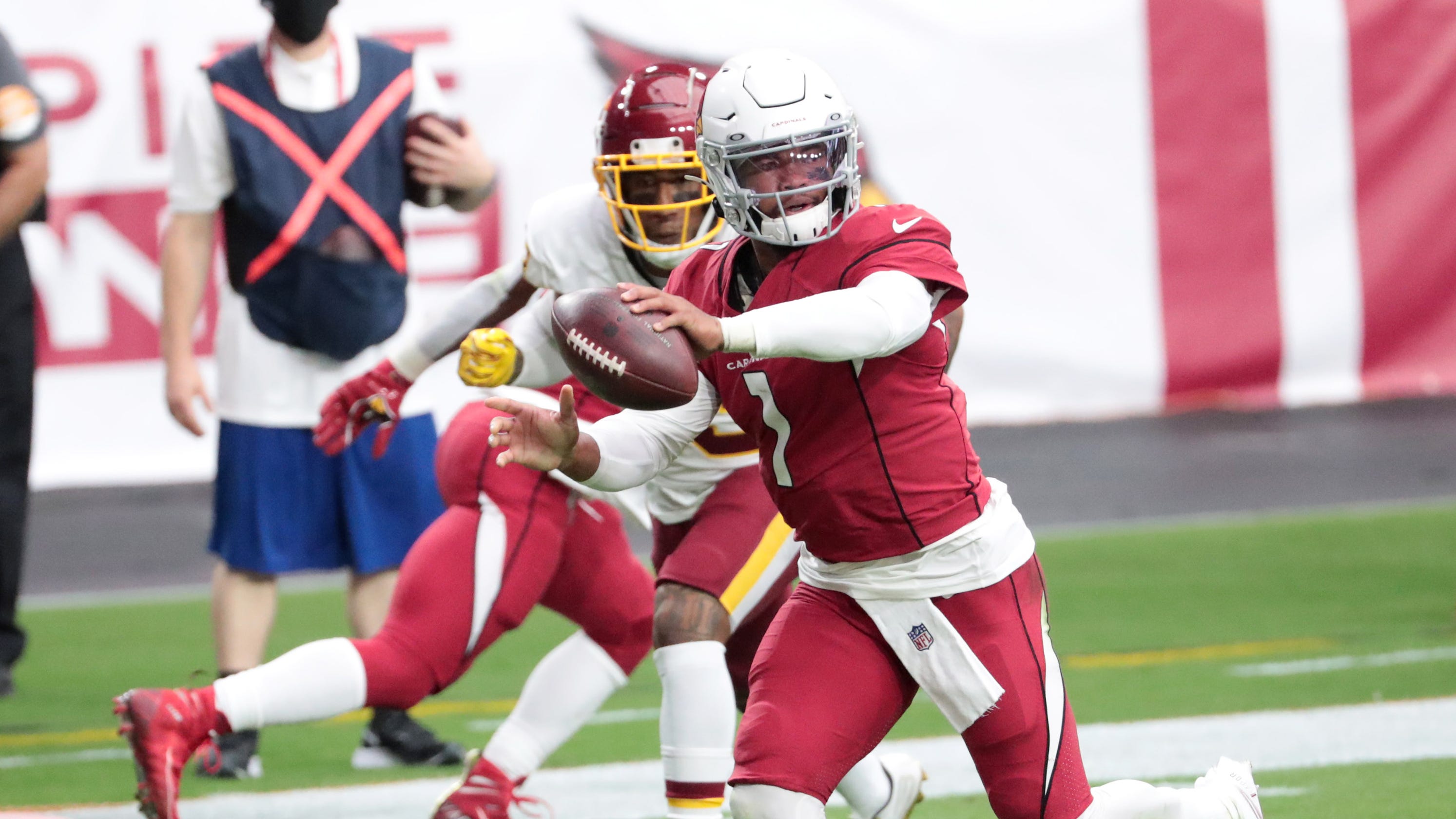 Cardinals insider Bob McManaman offers a breakdown of Sunday’s game between the Cardinals and the Washington Football Team at State Farm Stadium:

Kyler Murray threw for 286 yards and a touchdown and also ran for 67 more yards and two more scores as the Cardinals defeated Washington 30-15 in their home opener at State Farm Stadium on Sunday. With the victory, Arizona improved to 2-0 for the first time in five years and just the sixth time overall in the last 30 years.

Murray completed 26 of 38 passes and scored his second and third rushing touchdowns of the season following last week’s victory at the 49ers. His 21-yard TD run on second and 19 early in the fourth quarter gave Arizona a 27-3 lead.

The Cardinals outgained Washington, 438 yards to 316. Arizona finished with 160 rushing yards (86 of it coming from Kenyan Drake on 20 carries). They were led in receiving by DeAndre Hopkins, who had eight catches for 68 yards and a touchdown, and Larry Fitzgerald, who added seven catches for 50 yards.

Hopkins now has 22 catches on the season, the most by any NFL player in history in his first two games with a team. The previous record of 19 was shared by Eric Metcalf with the Falcons in 1995 and Earl Cooper of the 49ers in 1980.

Washington quarterback Dwayne Haskins was 19 of 33 for 233 yards and one touchdown. It was a 24-yarder to Terry McLaurin, who caught seven passes for 125 yards — most of it coming with Cardinals cornerback Patrick Peterson drawing the primary coverage.

Rookie running back Antonio Gibson scored on an 11-yard run for Washington with 6:34 left to play. The two-point conversion attempt failed, as it did earlier on McLaurin’s TD.

The Cardinals led 20-0 at halftime following a 4-yard touchdown pass from Murray to DeAndre Hopkins to cap an 11-play, opening-possession drive, a 14-yard scoring scramble by Murray and field goals of 49 and 33 yards by Zane Gonzalez.

Murray threw two first-half bombs, connecting with Andy Isabella on a 54-yard pass play and a 49-yarder to Christian Kirk. Those two plays set up each of Gonzalez’s field goals. He added a 28-yarder with 26 seconds left to play in the game to close out the scoring, going 3 for 3 after making 1 of 3 a week ago.

The Cardinals also forced two turnovers, as Jordan Phillips stripped Haskins of the football and Chandler Jones recovered the fumble, and long snapper Aaron Brewer recovered a fumble on a Washington punt return. That turnover helped mitigate Arizona’s only turnover of the half, an interception by Murray just four plays earlier.

It seemed to be over at halftime, but Murray’s second running touchdown proved to be pretty important. It gave the Cardinals a 24-point lead with 14:13 left to play and they needed the cushion considering Washington scored back-to-back touchdowns to make it a two-score game.

Murray ran to his left, did a little juke move, and then motored to his right before turning up and into the end zone untouched.

Several players stood out, but Murray gets the nod with his dual-threat performance. Not only did he account for 353 yards overall, but he is the first Cardinals quarterback to score twice on rushing touchdowns of 14 or more yards in a game since Charley Trippi in 1951.

Running back D.J. Foster suffered a quadriceps injury but it wasn’t believed to be serious.