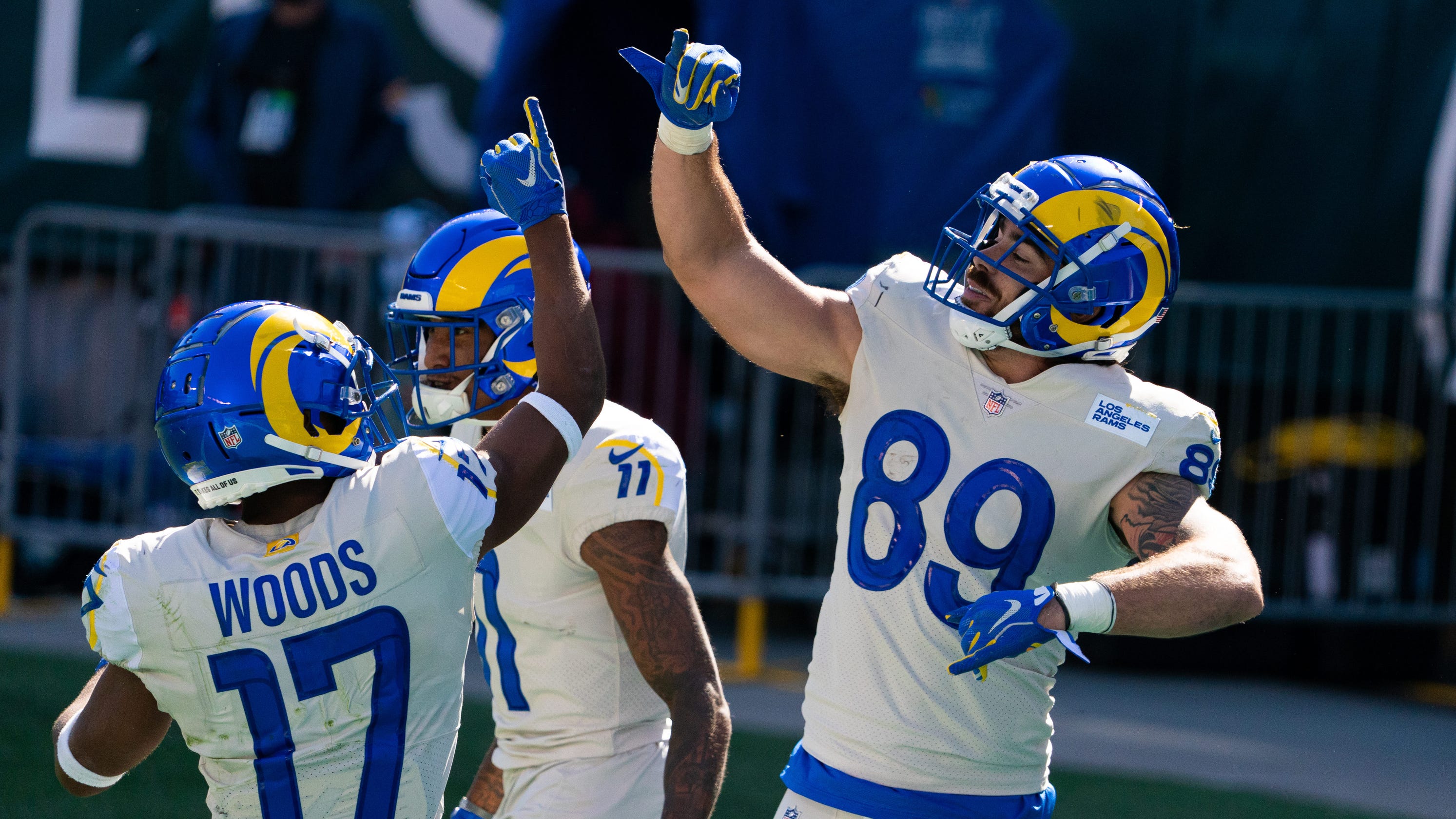 PHILADELPHIA – And just like that, the razzle-dazzle returned. Or so it seemed.

For many stretches during the 37-19 victory over the Philadelphia Eagles on Sunday, it didn’t seem to matter what offensive play Los Angeles Rams coach Sean McVay called, or what pressure or coverage package new defensive coordinator Brandon Staley dialed up.

The Rams would deliver. And nothing the Eagles threw at them proved effective.

Los Angeles seemed automatic. Like the game-opening spurt where quarterback Jared Goff completed 13 straight passes. Or the way the Eagles seemed to bite on every play fake, leaving a huge hole for an authoritative Rams run or wide open spaces for a pass catcher to sprint to a big catch-and-run. Or the way Los Angeles’ defense confounded Philadelphia quarterback Carson Wentz and his teammates, forcing them into three turnovers (a fumble and two interceptions).

Everything seemed to work for the Rams, and after a frustrating and slightly disjointed 2019 campaign, a familiar swagger manifested itself.

Having dispatched a pair of NFC East opponents in the first two weeks – first a home victory against the Dallas Cowboys and then Sunday’s win at the Eagles – Los Angeles ranks among a handful of unbeaten squads in a league where every victory is precious.

Having delivered such a well-rounded performance against the Eagles – a projected playoff team entering the season – the Rams have the look of a contender.

In today’s sports culture, overreactions are instinctive and popular. And after back-to-back wins to open the season, it’s tempting to declare that the Rams – the NFC champions in the 2018 season – have gotten their groove back.

We should know better than that, though. Especially this early in the season, and in a year when so many outside circumstances can dramatically impact any team or the league as a whole.

But it’s not unreasonable to believe the Rams have a chance to rebound from last year’s Super Bowl hangover campaign, a year where they missed the playoffs after back-to-back trips.

A series of calculated moves – tough calls by general manager Les Snead and McVay – very well could pay off the way the team’s leaders envisioned.

In the two offseasons since they fell 13-3 to the New England Patriots, Snead and McVay have worked to retool a roster that suddenly faced a fast-shrinking window of opportunity given the age and physical decline of some key stars, as well as financial constraints and a failure to meet the constant demands for strategic innovation.

In all, this Rams’ team features just 12 starters from the Super Bowl runner-up roster. McVay and Snead are determined to not only retain those core players, but also to aggressively build around them through trade, free agency and the draft.

They believe that the continued excellence of mainstay players and maturation of the young, potential-laden recent additions will give this squad an even stronger, and deeper roster and greater prospects for the long run.

“It was really tough to say goodbye to a lot of guys that have been instrumental in a lot of the success we’ve had together,” McVay said after the victory. “Guys like Gurley, Cooks, not able to retain a Littleton or Fowler. But you do have a vision and have to figure out how to make it work. We do feel good about the pillars that we do have in place, and I think some of the guys we identified in the draft … you feel good about those guys and, like anything else, you continue to build. We by no means have all the answers, but you want to continue to see that daily improvement and stack blocks.”

The Rams team that took the field at Lincoln Financial and throttled the Eagles certainly seemed to fit McVay’s vision. At least for now, he and his staff did have the answers.

Goff’s improved feel for the offense and understanding of defenses was evident as he played with the fine balance of aggression and discipline while also avoiding turnovers. Goff’s trust in reliable receivers Cooper Kupp and Robert Woods and developing connection with rookie Van Jefferson also were obvious.

Gurley is gone, but second-year pro Darrell Henderson, who on Sunday rushed for 81 yards and a touchdown on 12 carries while also reeling in two catches for 40 yards, offered a similary versatile threat.

Many of the familiar faces on defense also have departed, but ascending middle linebacker Micah Kiser and defensive backs Troy Hill and Darious Williams delivered game-changing plays on a day that the Eagles frequently devoted double-teams to Aaron Donald to ensure the All-Pro defensive tackledidn’t wreck them.

The faces may have changed, but the recipe for success remains the same.

On offense, the Rams utilized the same diverse array of formations and weapons and commitment to balance that garnered McVay praise as one of the brightest minds in the coaching ranks. On defense, although Staley’s schemes feature different wrinkles than those offered by Phillips, the same aggressive and opportunistic mindset showed in his charges’ play.

“I’ve always had faith in our front office,” chuckled Goff, who completed 20 of 27 yards for 267 yards and three touchdowns. “Every year, they make moves and seem to get questioned and doubted, but they end up being the right moves, so I don’t know why they keep getting questioned and doubted about it. They’ve been doing a great job. … We did lose some familiar players, but seeing young guys step up, seeing the defense step up … it’s exciting to see and always fun.”

Retooling while remaining competitive presents challenges and pressures different than those of a full-on rebuild. But continued excellence from the Rams’ leaders and growth from young additions could put McVay and Co. back on an elite level, possibly as soon as this year.