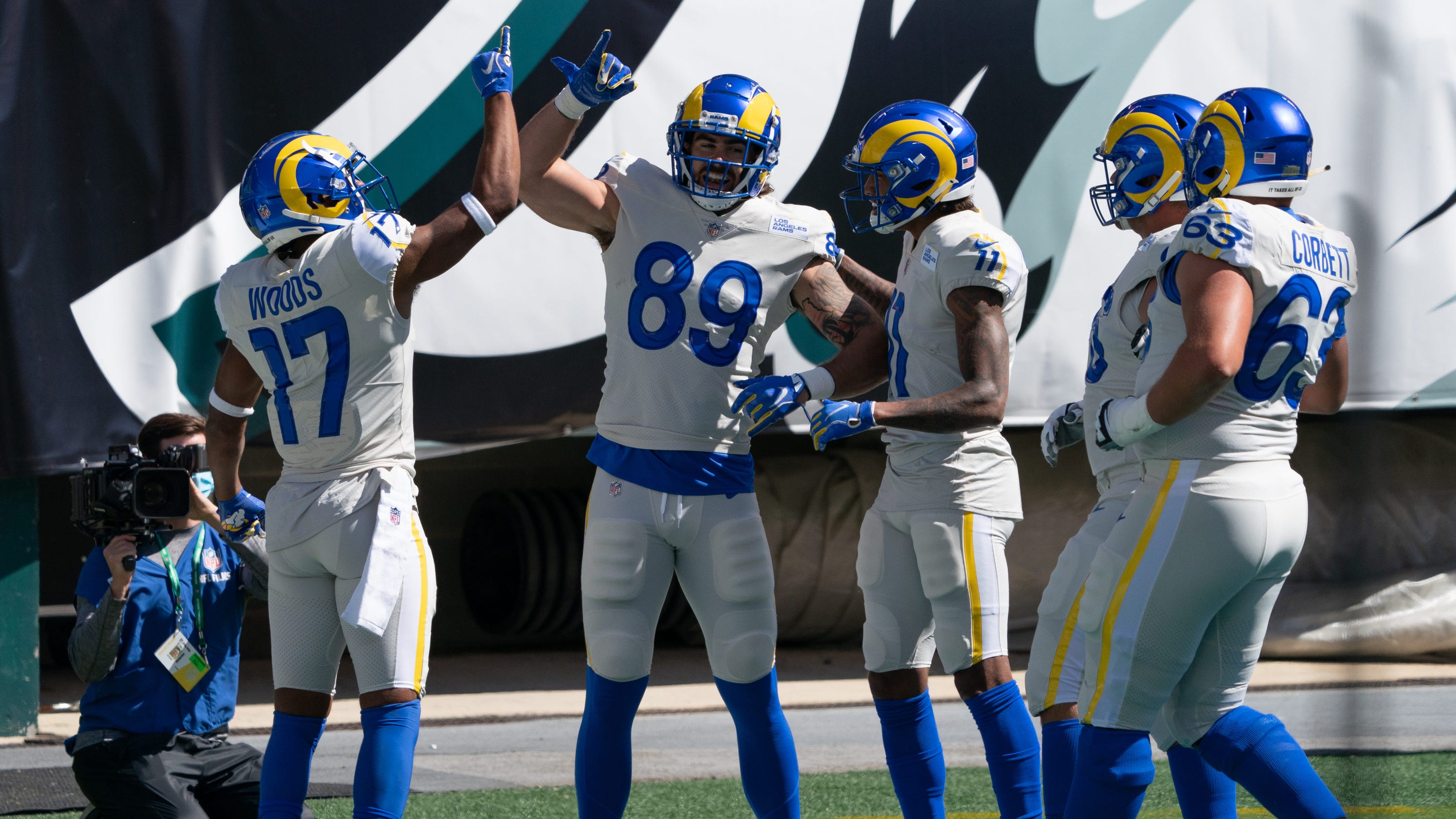 PHILADELPHIA — Make that two in a row over NFC East teams. The Los Angeles Rams took to the road Sunday and blew out the Philadelphia Eagles at Lincoln Financial Field, 37-19, a week after opening the season with a win over the Dallas Cowboys.

The Eagles failed to rebound from an embarrassing Week 1 loss to Washington and now own an 0-2 record.

Here are three things we learned on Sunday.

1. Swagger back for Rams? — For their first two seasons under Sean McVay, the Los Angeles Rams ranked among the most entertaining teams in the league. They ended years of futility and made the playoffs in Year 1, then reached the Super Bowl in Year 2. But they regressed last year as the offensive fireworks and game-changing defensive plays vanished. But after an offseason of retooling (gone are key pieces like Todd Gurley, Brandin Cooks, Dante Fowler and Nickell Robey-Coleman), the Rams appear poised to reclaim their place as one of the hot teams in the NFC. On Sunday, the razzle-dazzle plays returned for the Rams. Their offense thrived while utilizing a wide array of looks and weapons, and McVay’s play-calling kept the Eagles off-balance. Philly’s defenders frequently got caught out of position early on after falling for the Rams’ misdirection plays. L.A.’s defense proved opportunistic and in addition to keeping the Eagles in check, also recorded two interceptions. The Rams play in a very competitive NFC West. But a 2-0 start against two projected playoff teams bodes well for them.

2. Concern warranted for Eagles?— A week after blowing a 17-0 lead and losing 27-17 to Washington, the Eagles lost in a rout at home. Injuries continued to mount on offense (left guard Isaac Seumalo left the game with a knee injury), quarterback Carson Wentz turned in another uneven performance, and the defense looked out of sorts for much of the game. Philly’s offense, however, did fare better when utilizing an up-tempo attack, and the unit did a better job of protecting Wentz after yielding eight sacks last week. Frequent double-teams on Aaron Donald kept the league’s best interior defensive lineman at bay. But consistency on both sides of the ball proved evasive. The offense has to get healthy, and the defense must play with better discipline. Fortunately for the Eagles, the Cowboys also appear to be a work in progress. But this Eagles team currently lacks the look of a playoff contender.

3. Wentz vs. Goff — These quarterbacks will always be linked to one another after the Rams took Goff first overall in 2016 and Philly selected Wentz one pick later. Their individual career numbers are similar, but Wentz owned a 2-0 record against Goff entering Sunday’s game. Goff, who has had more playoff success, certainly looked like the better quarterback this time around. He completed his first 13 passes before finishing 20-for-27 for 267 yards and three touchdowns and a passer rating of 142.1. Wentz, meanwhile, posted an ugly 56.5 rating. For now, Goff has more weapons to work with, and McVay probably holds the edge over Doug Pederson when it comes to creativity. Goff played with better discipline than Wentz on Sunday. He took what the defense gave to him and protected the ball. Wentz fell prey to his desperate circumstances and forced throws.