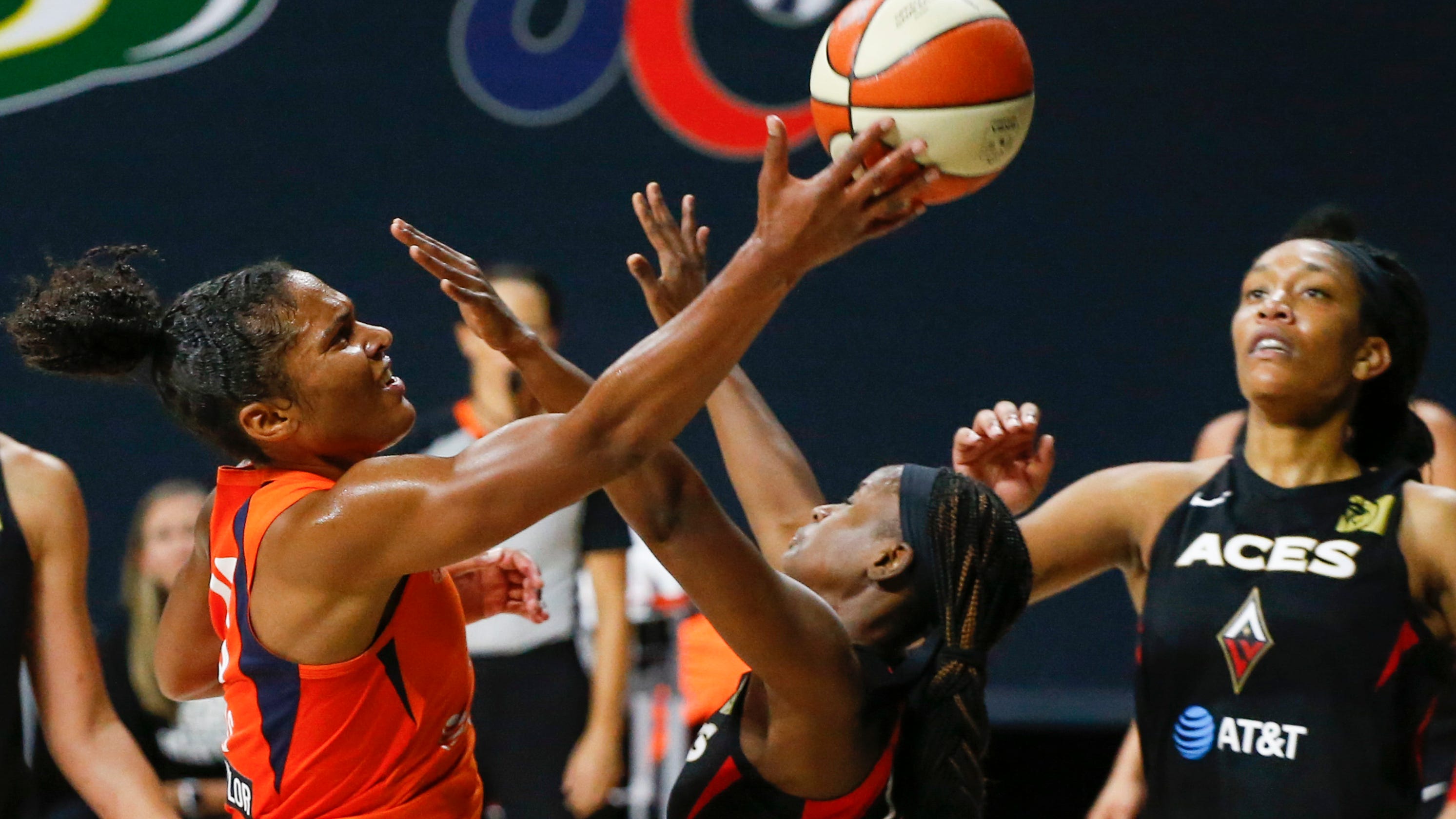 SportsPulse: Nancy Armour puts into perspective a historic night for sports in America. As she puts it, the days of athletes being one-dimensional entertainers is over for good.

The second half of Sunday’s WNBA playoff doubleheader was postponed after the league received inconclusive COVID-19 tests from players for the Seattle Storm.

The Storm were supposed to tip off against the Minnesota Lynx in Game 1 of their semifinal matchup, but the game was postponed “out of an abundance of caution,” according to a statement released by the league, 90 minutes before the scheduled start.

Everyone inside the WNBA bubble is tested daily.

There was no immediate word on when the game will be made up, though WNBA Commissioner Cathy Engelbert hopes the series can start Tuesday, the day Game 2 was set to be played. Engelbert said there would be additional testing Sunday night.

“We needed more testing and data,” Engelbert said in a TV interview. “As soon as I talked to them, they were concerned about health and safety, and it wasn’t about basketball at that point.”

The Lynx already had arrived at the arena and some of the players had been warming up when they were told the game was postponed.

“This is the hardest part of COVID-19 of putting on live sports,” Engelbert said. “Every day you’re reset to zero. Keeping the bubble safe and making sure there’s no community spread. The purpose of testing program and protocols is to pull anyone out before they are infectious.”

The Storm tweeted in support of the decision.

“The health and safety of the WNBA players, team staffs and all those involved in the production of this season remains our top priority,” the Storm said in a statement.

In Sunday’s first game, the No. 7-seeded Connecticut Sun continued their hot streak in the playoffs with an 87-62 win over the top-seeded Las Vegas Aces.

Connecticut took out No. 6 seed Chicago Sky in the opening round and No. 3 Los Angeles Sparks in the second round.

Game 2 in that series is scheduled for Tuesday night.