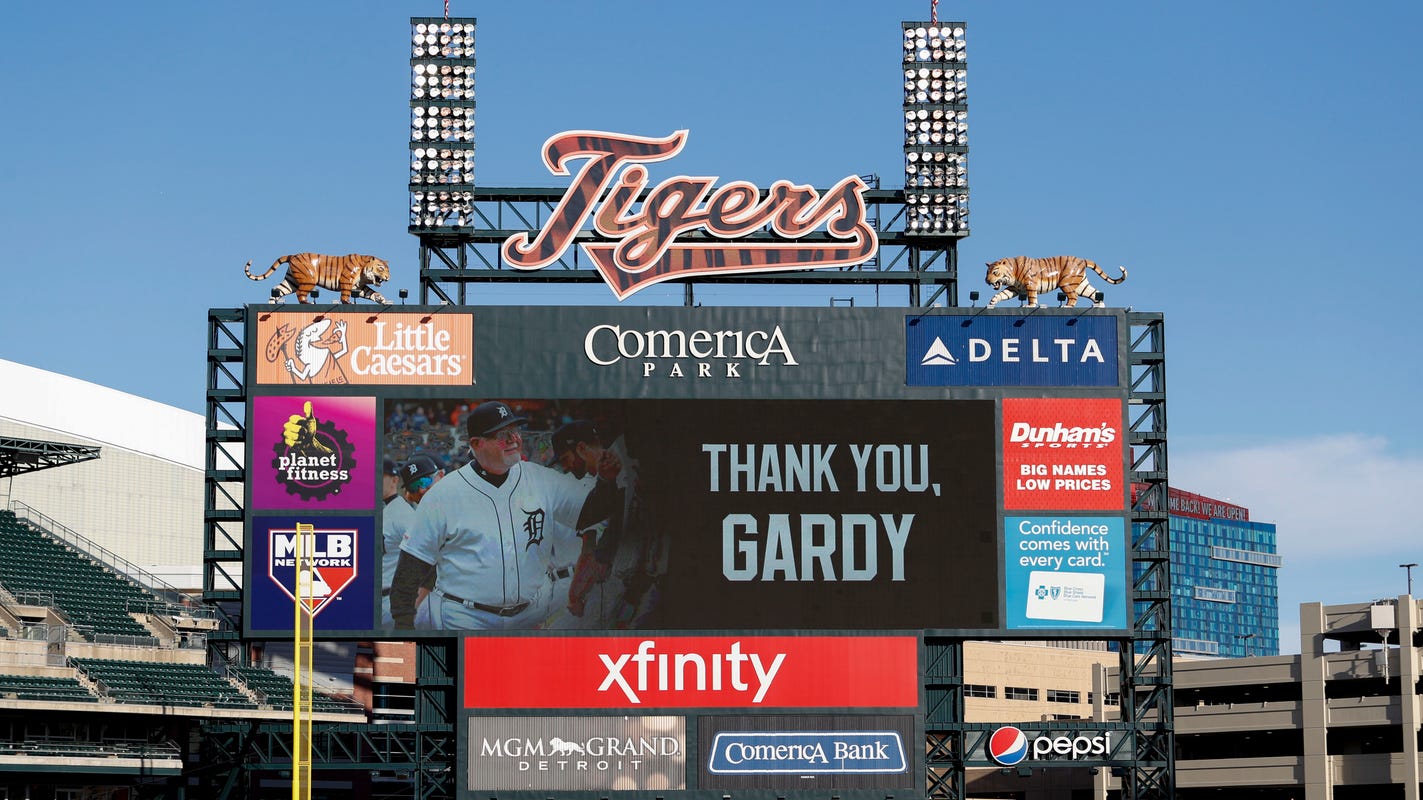 But he did. A few times.

“I hope and pray that you guys don’t think I’m walking out on you,” Gardenhire told Detroit Tigers’ players and coaches at 4:30 p.m. Saturday, just 90 minutes before first pitch.

Gardenhire drove to Comerica Park for Saturday’s 6:10 p.m. game with the Cleveland Indians as a manager — the leader of a rebuild. He checked over the gobs of paperwork on his desk, set his starting lineup, spoke with reporters around 2 p.m. and prepared to survive another day in a playoff race.

Yet Gardenhire left the ballpark as a man, officially retired, who holds a special place in the hearts of many.

BIG DECISION ON THE WAY: Losing Justin Verlander is massive blow to Astros’ present and future

“He’s one of my favorite humans I’ve ever been around,” reliever Daniel Norris said, “not even just with baseball.”

“He gave me my chance,” infielder Niko Goodrum said. “A man can only ask for a chance to prove himself in whatever he’s doing. And Gardy gave me that chance.”

“I love him to death,” pitcher Spencer Turnbull said. “I want whatever’s best for him.”

Citing health reasons, Gardenhire announced his retirement Saturday afternoon. He packed up and walked out of the clubhouse before Turnbull took the mound.

This wasn’t supposed to happen this way, and that’s what the 62-year-old manager meant by telling his team he wasn’t walking out on them.

The COVID-19 pandemic weighed heavily on him with barely any days off and the stress of being high-risk to become ill. On Sept. 5 in Minnesota, he left the Tigers in the sixth inning with the stomach virus and was absent fortwo more games.

Since then, Gardenhire — a cancer survivor — hasn’t felt the same.

“I know I have to take care of myself,” Gardenhire said. “And when you come to the ballpark, and you’re stressed out all the time, and your hands are shaking, that’s not fun. I’ve got grandbabies, I’ve got kids that I need to take care of, and my wife. … I’m going step back, try to get healthy and get back to the norm. Very tough decision, very hard talking with the players and the staff because they meant everything to me here.”

The last day of his tenure as the Tigers’ manager started out like any other day when general manager Al Avila walked into his office. This is nothing out of the ordinary. They were casually chatting when Gardenhire pushed the envelope.

Gardenhire’s three-year contract expires after this season. There’s pressure on the organization to figure out what comes next as the Tigers try to crawl out of the rebuild. Decisions had to be made, and they might not have fallen in Gardenhire’s favor.

“I don’t want to put any pressure on Al or anything like that,” Gardenhire said. “It’s been wonderful here.”

Al Avila, right, helps Ron Gardenhire get into a Tiger uniform when Ron was introduced as the new manager of the ball club on Friday, October 20, 2017 at Comerica Park in Detroit. (Photo: Kirthmon F. Dozier, Detroit Free Press)

Just when Turnbull began his warmup process as the night’s starting pitcher, an unexpected team meeting was called for 4:30 p.m. Avila spoke first to break the news, then Gardenhire gave his explanation. And he pleaded for his players not to think he was leaving them for selfish reasons.

That idea didn’t even cross Norris’ mind. Or Turnbull’s. Or Goodrum’s.

Rather, once again, he earned their respect.

“He’s always in our corner,” Goodrum said. “He always has our back. He always had our best interest. He does what’s best for us. We love him for that.”

The Tigers took the field Saturday night and stood for the national anthem. By that point, the front office already had a tribute video and many photos on the scoreboard, social media posts and a statement from CEO Christopher Ilitch. In the line of coaches standing for “The Star-Spangled Banner,” a spot was left open for Gardenhire.

They won in comeback fashion, 5-2, and interim manager Lloyd McClendon picked up his 500th career victory. Players said they took the field for Gardenhire.

“I don’t think anybody thought it was going to happen this soon,” McClendon said. “The important thing we all have to realize in this matter, and we tried to convey to Gardy, was what’s most important his health and his family.”

‘We wanted to work hard for him’

The team enjoyed watching Gardenhire play catch before batting practice with third base coach Ramon Santiago. They both were infielders during their playing days.

“They’re working on pitches and throwing cutters that don’t cut, and they think it’s nasty,” Norris said. “And we’re just like, ‘Haha, that’s not a good pitch.’ He just loves that, you know? He loves playing catch. You could tell he felt it every time the ball hit the mitt, like you love that sound. He never took one of those for granted.”

He also loved being around people.

Gardenhire possessed an emotionless sense of humor. He joked about Avila being shorter than him during the retirement news conference. The final words of his earlier meeting with reporters: “Go football!” Why? Probably the Big Ten’s return, but only Gardenhire knows what prompted this random comment. He had fun bantering with his players, and they weren’t afraid to fire back.

“He always gives me a hard time, says something smart to me,” Turnbull said. “I might say something smart back, and he’ll just shake his head and laugh. Just give me one of those looks like I’m an idiot, but you know that he loves me.”

He loved teaching, as well.

Although Gardenhire didn’t fail the tasks he was brought to do in October 2017: field a team, develop prospects and take the first step, a big one, in the rebuild.

“What made him good for us was just how personable he was,” Norris said. “He was always just so positive. Of course, he’d be upset when he lost, but I can think of a bunch of times when he came in after a loss and give us a 10-second pep talk. That’s all we needed. We don’t need to be sat down and yelled at, and we also didn’t need to be left alone. He knew exactly what to say at the right time.

“We wanted to win for Gardy; we wanted to work hard for him. He’s a special person, obviously very special in the game of baseball, but I see the way he treats other people, whether it be in the hotel or whatever it may be. He’s very inspiring in that sense.”

Gardenhire’s retirement doesn’t mean he is leaving baseball in its entirety.

His home in Fort Myers, Florida, is just over 100 miles from Lakeland, home of the Tigers’ spring training facility. Keep an eye out for him, because he might just cruise into town on his motorcycle and spend a few days watching.

“I won’t just go away totally,” Gardenhire said. “This is just a moment I know I have to take care of myself right now. I appreciate baseball and everything they’ve given to me and my family. It’s been a great career.”

Evan Petzold is a sports reporting intern at the Detroit Free Press. Contact him at epetzold@freepress.com or follow him on Twitter @EvanPetzold. The Free Press has started a new digital subscription model. Here’s how you can gain access to our most exclusive Detroit Tigers content.