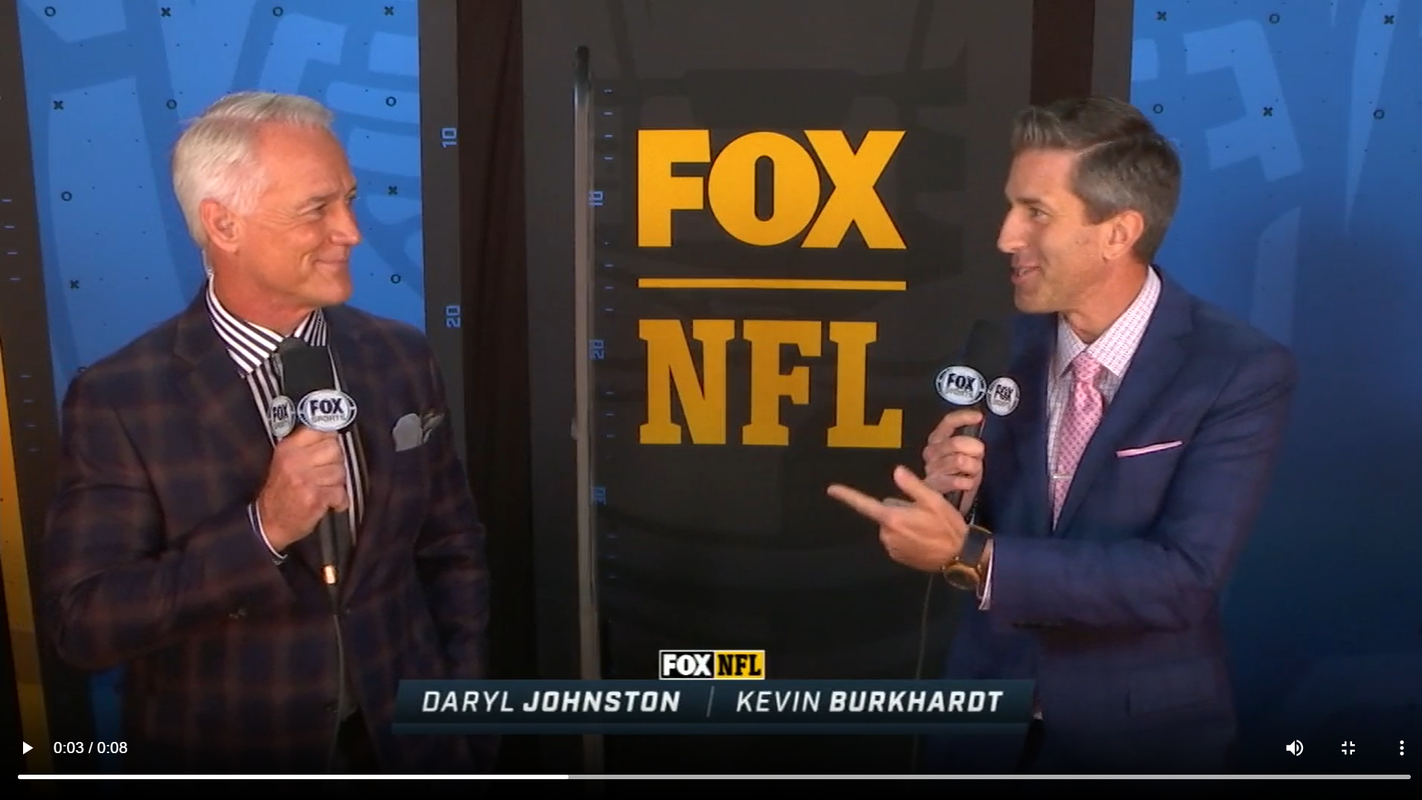 The last place Kevin Burkhardt called a game without any fans in the crowd was somewhere in New York’s Catskill Mountains for New Jersey Jackals independent league baseball contests.

“Literally, the players heard me announcing the game,” he told USA TODAY Sports on Tuesday.

Doing that at an NFL stadium would have been unimaginable — until 2020. It’s something the Fox play-by-play announcer and every other broadcaster must adjust to amid the realities presented by the COVID-19 pandemic. With some stadiums not allowing fans inside, that means broadcasting without fans, often the energy behind the calls.

“I will say, I don’t think it affected my calling a game or my zest for the calls or anything like that or my energy,” said Burkhardt, who was on the call in Landover, Maryland, for the Philadelphia Eagles-Washington Football Team broadcast with color commentator Daryl “Moose” Johnston last week.

Burkhardt watched back Sunday’s telecast, something he doesn’t always do. He felt it necessary, though, because Week 1 marked the first time Burkhardt and Johnston worked together.

A preseason would have allowed the new pair, which will broadcast Atlanta-Dallas on Sunday, to fall into sync and shake off the rust, Burkhardt said. This year’s circumstances made that impossible, but it didn’t affect his assessment of their inaugural broadcast much.

“I felt good about it,” he said. “I thought we had fun. For the first time turning on a mic together, I really enjoyed his company. I think it was pretty good and it will only get better.”

Johnston, the former Dallas Cowboys fullback entering his 20th year in the booth, has worked alongside Dick Stockton, Kenny Albert and Chris Myers during his broadcasting career.

“All those guys are a little bit different in their craft,” Johnston told USA TODAY Sports. “So for me, it’s just going to be getting a feel for Kevin.

“It’s just getting used to his style and just building our chemistry throughout the season.”

Johnston listened to Burkhardt’s NFL broadcasts from the last seven years over the summer to familiarize himself with his new lead’s cadence. The transition has been made easier by the crew’s familiarity with one another, he said, and his own previous relationships with director Artie Kempner — a 12-time sports Emmy winner who led Fox’s coverage of NASCAR when it was one of the first sports to return this year — producer Pete Macheska and sideline reporter Pam Oliver.

He also reached out to people he respects in the business about Burkhardt. A few responses included one of the best compliments a broadcaster can receive in Johnston’s mind: “great teammate.”

Cohesion takes time to build with any new partner in the booth — on and off the mic — Burkhardt said. It comes from simply being with each other.

“I think the time we get to spend together at team facilities and at dinner and sharing a bottle of wine is enormous,” Burkhardt said. “But we don’t have any of that.”

Throw in calling a game minus the backdrop of fans, and it could lead to an uncommon gaffe. Fox colleague and recent Hall of Fame inductee Joe Buck told The Ringer he said something along the lines of “the crowd here doesn’t like that penalty” — except, there were no fans at the New Orleans Saints-Tampa Bay Buccaneers game he called during Week 1. Instead, Buck said, he heard the audio of the artificial fan noise Fox pipes into the telecast.

“That’s my biggest fear: what the viewer is watching and our voices not matching because it’s a sterile environment inside the stadium,” Johnston said. “The simulated crowd noise is not exact, but it’s so helpful for me.”

Johnston recalled his Fox audition when he called a game off a TV monitor with no sound. 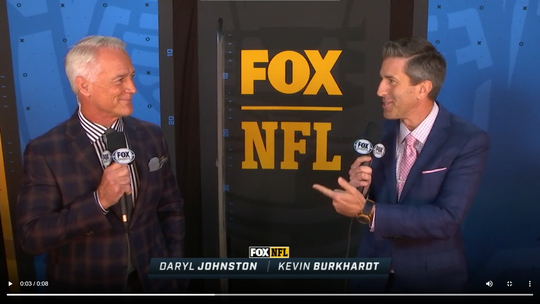 Kevin Burkhardt and Daryl Johnston called their first game together during Week 1 of the 2020 NFL season. (Photo: Courtesy of Fox Sports)

“What we did Sunday with the crowd noise was far superior,” said Johnston, who will call his 350th game for Fox next week. “For me, it was probably my biggest concern coming into the season, how we were going to remedy that, and I thought they did a really, really nice job. It’s not exactly what it sounds like on a traditional or normal Sunday afternoon, but it was as good as you could have expected to make sure your voice was matching what the viewer was watching.”

Gameday isn’t the only aberration from normalcy for a crew. The broadcasters usually watch the home team’s entire practice on Friday. That’s followed by meetings with the coaches and players. On Saturday, they meet with the visitors, most often at the team hotel. Productions adjusted the same way many others’ work lives have: Zoom.

“Nothing replaces being there in person. Sometimes, there’s a trust factor where they’ll share more, just because they feel comfortable,” Johnston said. “That will be hard to establish via Zoom.”

Driving up to the vacant parking lots at FedEx Field was “beyond bizarre,” as was being ushered to the booth, Burkhardt said. He said the opening segments can sometimes be difficult because it can be a struggle to hear, thanks to blaring introductions and the din of an anticipating crowd. That obviously wasn’t the case Sunday, but Burkhardt enjoyed hearing the quarterback’s cadences and the chatter from field level.

“It didn’t feel that different once it kicked off,” he said. “I think being there helped.”

Asked if he could imagine calling a game from a remote location, Johnston replied: “No. No.”

One of the other broadcast privileges revoked this season is the chance to hang on the field before kickoff, when they can communicate with players and assistants to pick up any last-minute nuggets or insight.

To that end, Johnston said he could have learned Lane Johnson was inactive last week. Having that information earlier, instead of dealing with it as the game unfolded, could have allowed he and Burkhardt to better prepare notes on the ramifications of the Eagles tackle’s absence.

Broadcasting in 2020 won’t be perfect.

“You just make the best of a (expletive) situation,” Burkhardt said. “I’m just happy we’re back and we’re playing and it feels semi, somewhat normal.”